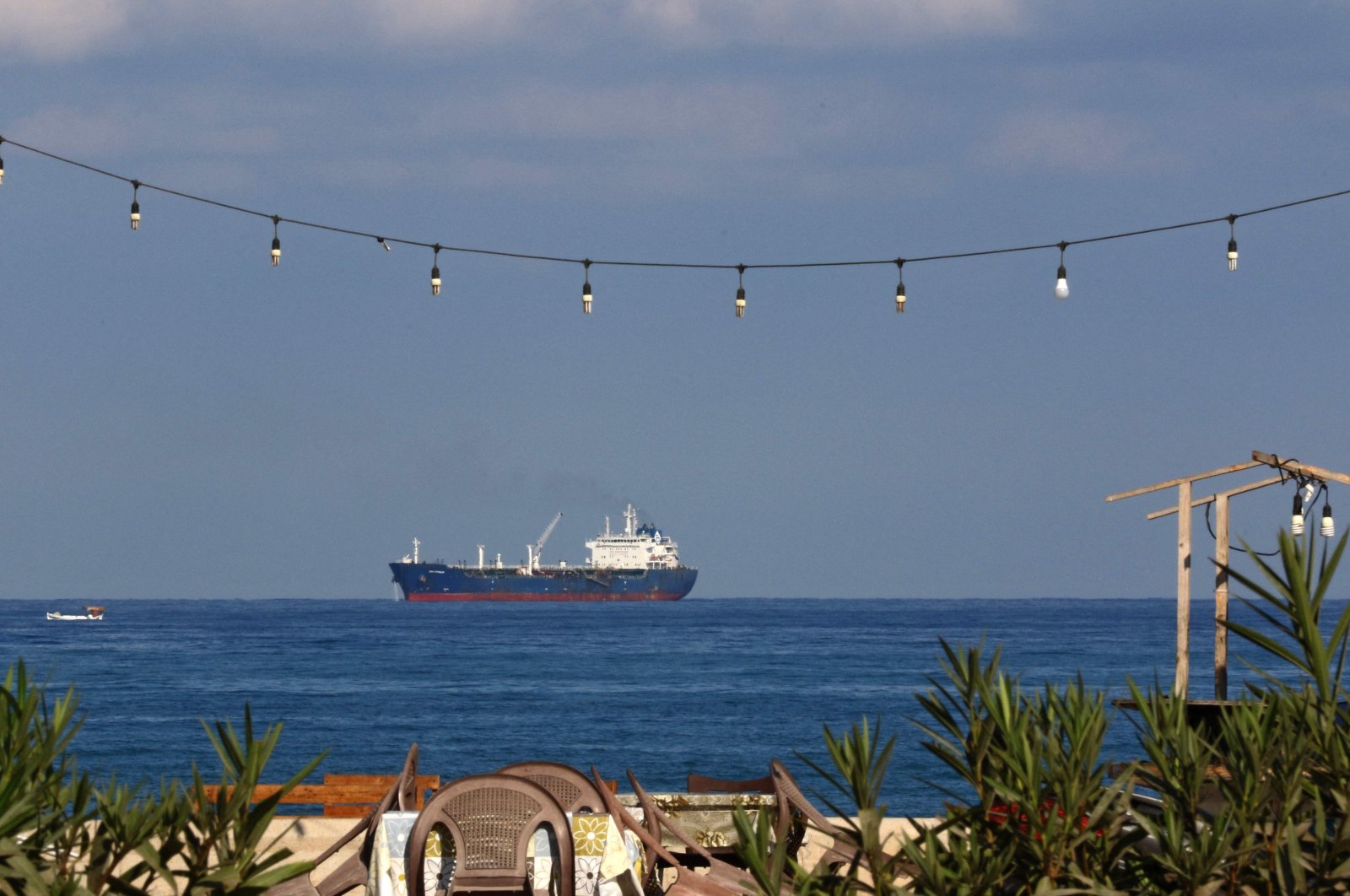 An oil tanker carrying fuel oil from Iraq, is seen anchored near the Zahrani power plant in Zahrani near the southern Lebanese city of Saida, Sept. 18, 2021. (AFP Photo)
by Daily Sabah with AFP Sep 19, 2021 5:30 pm
RECOMMENDED

Iran is willing to sell fuel to Lebanon to help the country as it deals with ongoing shortages, the country's Foreign Ministry said Sunday.

"If the Lebanese government wants to buy fuel from us to resolve the problems faced by its population, we will supply it," Foreign Ministry spokesperson Saeed Khatibzadeh said.

He told a news conference that Tehran had already sold fuel to a "Lebanese businessman," without naming Hezbollah.

Tehran-backed Hezbollah promised in August to bring fuel from Iran to alleviate the shortages sowing chaos in Lebanon, in defiance of U.S. sanctions.

On Thursday, dozens of tanker trucks carrying Iranian fuel arranged by Hezbollah arrived in Lebanon and were due to fill the tanks of fuel distribution firm owned by Hezbollah, which has been under U.S. sanctions.

Lebanon's new Prime Minister Najib Mikati had told CNN the shipment "was not approved by the Lebanese government."

He was "saddened" by "the violation of Lebanese sovereignty."

Hezbollah is a major political force in Lebanon and the only group to have kept its arsenal of weapons following the end of the country's 1975-1990 civil war.

Lebanon is facing one of its worst-ever economic crises, with more than three out of four Lebanese considered to be under the poverty line.

Last year, it defaulted on its foreign debt and can no longer afford to import key goods, including petrol and diesel.

Mains electricity are only available a handful of hours a day, while the Lebanese are struggling to find petrol, bread and medicine.

The World Bank said that since late 2019, Lebanon has been facing compounded challenges, including its largest peacetime economic and financial crisis, the spread of the coronavirus and a massive blast at Beirut’s port last year that is considered as one of the largest non-nuclear explosions in history.

The crisis has worsened in recent months with political bickering between rival groups delaying the formation of a new government, after the Cabinet of outgoing Prime Minister Hassan Diab resigned days after the Aug. 4 blast. The explosion at Beirut port killed 211 people, wounded more than 6,000 and damaged entire neighborhoods.