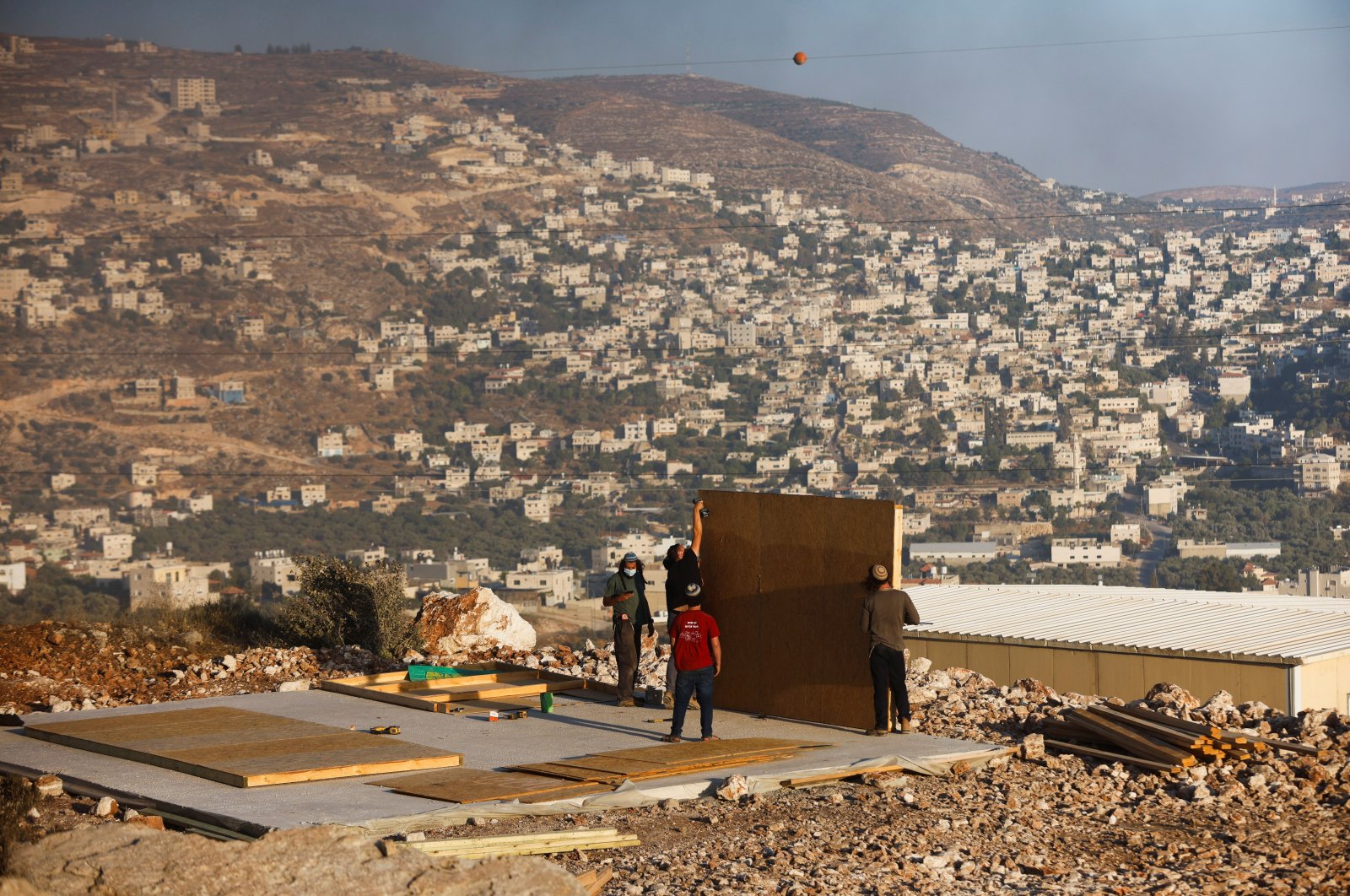 Tel Aviv’s approval of a plan to add 540 housing units to the Har Homa settlement in occupied East Jerusalem has drawn strong backlash from the U.N., which has described the enlargement as a flagrant violation of the global body's resolutions and international law

The United Nations on Thursday accused Israel of flagrantly violating international law by expanding settlements in the occupied West Bank and East Jerusalem, saying the settlements are illegal and urging the country’s new government to halt their enlargement immediately.

U.N. Secretary-General Antonio Guterres and U.N. Mideast envoy Tor Wennesland reported on the implementation of a 2016 Security Council resolution that declared the settlements have "no legal validity.” It demanded a halt to their expansion in the West Bank and East Jerusalem, lands the Palestinians want to include in a future state.

Wennesland said in a briefing to the council on Guterres’ 12-page report that he was "deeply troubled” by Israel’s approval of a plan to add 540 housing units to the Har Homa settlement in East Jerusalem as well as the establishment of settlement outposts. He said that is "illegal also under Israeli law.”

"I again underscore, in no uncertain terms, that Israeli settlements constitute a flagrant violation of United Nations resolutions and international law,” the U.N. envoy said. "They are a major obstacle to the achievement of a two-state solution and a just, lasting and comprehensive peace.”

"The advancement of all settlement activity must cease immediately,” Wennesland said.

Israel disputes its settlements are illegal.

Both Guterres and Wennesland also called on Israeli authorities to end the demolition of Palestinian homes and other property and the displacement of Palestinians – another flashpoint – "and to approve plans that would enable these communities to build legally and address their development needs.”

The December 2016 resolution, which the United States abstained on in the final weeks of the Obama administration, also called for immediate steps to prevent all acts of violence against civilians and urged Israel and the Palestinians to exercise restraint and refrain from provocative actions, incitement and inflammatory rhetoric. It also called on all parties to launch negotiations on final status issues and urged intensified international and regional diplomatic efforts to help end the decades-old Israeli-Palestinian conflict and achieve a two-state solution where Israelis and Palestinians can live side-by-side in peace.

Guterres and Wennesland made clear that 4 1/2 years after the resolution’s adoption, none of these appeals have been met. Wennesland said the period between March and June covered in the report "witnessed an alarming increase in the level of violence between Israelis and Palestinians, including hostilities between Israel and factions in Gaza at a scale and intensity not seen in years.”

He said the cessation of hostilities after last month’s 11-day Gaza conflict "remains very fragile,” adding that the United Nations is working closely with Israel, the Palestinians and partners including Egypt "to solidify a cease-fire, allow the entry of urgent humanitarian assistance and stabilize the situation in Gaza.”

Hamas, which controls the Gaza Strip, has demanded significant easing of the Israeli blockade. Israel has said it won’t tolerate even relatively minor attacks from Gaza, including the launch of incendiary balloons, which triggered the Israeli airstrikes last week.

"I urge all sides to refrain from unilateral steps and provocations, take steps to reduce tensions and allow these efforts to succeed,” Wennesland told the council. "Everyone must do their part to facilitate ongoing discussions to stabilize the situation on the ground and avoid another devastating escalation in Gaza.”

He called on all Palestinian factions "to make serious efforts to ensure the reunification of Gaza and the West Bank under a single, legitimate, democratic, national government,” saying that Gaza must remain part of a Palestinian state and a two-state solution.

During the March to June reporting period, Guterres said 295 Palestinians, including 42 women and 73 children, were killed by Israeli security forces and 10,149 were injured during demonstrations, clashes, search-and-arrest operations, airstrikes, shelling and other incidents in Gaza, the West Bank and East Jerusalem.

The Gaza conflict was the worst escalation of hostilities since 2014, with Israeli forces carrying out over 1,500 strikes from air, land and sea across the Strip, Guterres said, quoting Israeli sources. During the conflict, 259 Palestinians were killed, including 66 children and 41 women, while nine Israelis were killed along with three foreigners. Nearly 2,000 Palestinians were injured while thousands more left without shelter.

Israeli airstrikes targeted hospitals, educational centers and residential and media buildings – including one that struck the 13-story building housing the offices of outlets such as The Associated Press (AP) and Qatar's Al-Jazeera. One of Gaza's oldest multistory buildings, the structure had a total of 60 units, including legal firms and doctors' offices. The AP has called for an independent investigation, saying the public deserves to know the facts.

Separately, media watchdog Reporters Without Borders asked the International Criminal Court (ICC) to investigate Israel’s bombing of the building as a possible war crime. Israel claimed that it hit the building over alleged links between Hamas and media executives. However, U.S. Secretary of State Antony Blinken dismissed the claims, saying that no links with Hamas have ever been identified.

Before and after an Egyptian-brokered cease-fire, Israel committed a series of violations across the occupied territories. Amnesty International said Thursday that Israeli police committed crimes, including unlawful force against peaceful protesters, sweeping mass arrests and subjecting detainees to torture and other ill-treatment. Its report was based on testimonies from numerous witnesses, 45 videos and other forms of digital media. They documented over 20 cases of Israeli aggression that took place between May 9 and June 12.