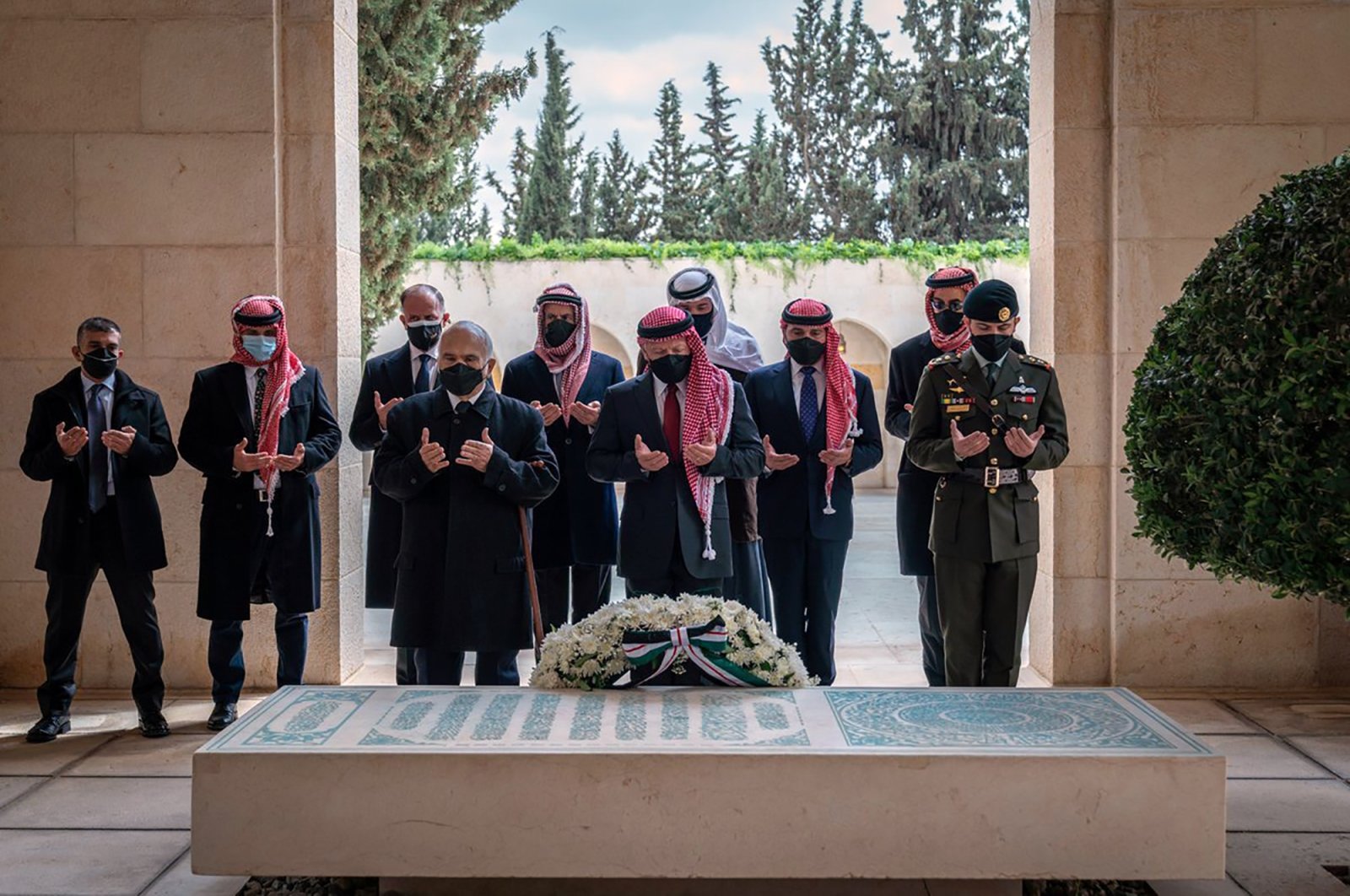 Jordan's version of a trial of the century gets under way this week when a relative of King Abdullah II and a former chief of the royal court will be ushered into the defendants' cage at the state security court to face charges of sedition and incitement.

They are accused of conspiring with a senior royal – Prince Hamzah, a half-brother of the king – to foment unrest against the monarch while soliciting foreign help. The palace drama erupted into the open in early April, when Hamzah was placed under house arrest. It has since broken taboos in Jordan and sent jitters through foreign capitals, with Western powers rallying behind Abdullah, an indispensable ally in an unstable region.

The case exposed rivalries in Jordan's traditionally discreet Hashemite dynasty and spawned unprecedented public criticism of the monarch. The defendants are the most senior establishment figures to appear before the security court, which typically goes after drug offenders or suspected militants.

"As far as I know, there has not been a case this big in the history of Jordan,” said defense lawyer Ala Khasawneh. He said the trial could start Monday.

The 41-year-old Hamzah is the central figure, though he is not facing charges. In clashing narratives, he is either a champion of ordinary Jordanians suffering from economic mismanagement and corruption, or a disgruntled royal who never forgave Abdullah for taking away his title of crown prince in 2004 in favor of the king's oldest son.

The indictment, leaked to state-linked media, alleges Hamzah "was determined to achieve his personal ambition” of becoming king. It says the prince and the defendants – Sharif Hassan bin Zaid, a royal, and Bassem Awadallah, a former royal adviser – conspired to stir discontent.

Security agencies began monitoring them in mid-March, at a time of public uproar over an oxygen outage at a hospital in the town of Salt that killed eight coronavirus patients. Hamzah met with bereaved families just after the king visited Salt.

The indictment alleged that the prince "took advantage” of the families’ pain to spread a populist message. Hamzah's popularity stems from ties he has nurtured with Jordan's tribes, the bedrock of Hashemite rule.

Atef Majali, a tribal leader in the town of Karak, said he and other sheikhs have met with the prince more than a dozen times over the years, but denied the king was criticized at these events.

The indictment alleged that Hamzah and the two defendants were working on social media messages the prince was to post, with the aim of "inciting some groups in society against the ruling system and state agencies.”

Hamzah has denied the sedition claims, saying he is being punished for calling out corruption and mismanagement. On April 3, the day he was placed under house arrest, more than a dozen tribal and public figures were arrested, including his chief aide.

Only Awadallah and bin Zaid remain in detention. The prince is not in legal trouble, with the king saying the matter is being dealt with by the family and that his half-brother remains under his care.

The royal court has declined comment when asked if Hamzah can leave his Amman palace or communicate with others. Atef Majali said Hamzah's staff was not allowed back to work.

Khasawneh, who represents bin Zaid, a distant cousin of the king, said his client is "in shock" and plans to plead not guilty. In addition to sedition and incitement, Bin Zaid is also charged with narcotics possession after two pieces of hashish were allegedly found in his home. The lawyer said he plans to call Hamzah to the stand – potentially amplifying the sensationalist nature of the trial. It's not clear if the palace, eager to tamp down the crisis, would allow the prince to make his case on such a public stage. Khasawneh said his client plans to fight the charges and brushed aside questions about a possible plea deal.

During security court trials, defendants stand in a courtroom cage. Awadallah and bin Zaid are expected to be confined to the cage as well, wearing the blue uniforms of detainees, said former state security court president Mohammad al-Afeef who represents Awadallah.

The defendants, who are being held at an intelligence compound in Amman, face up to 20 years in prison. In the days leading up to the trial, a broader narrative has surfaced, though it is only alluded to in the indictment.

In this version, the alleged conspirators sought foreign help to exploit the king's perceived vulnerability at a time when he was under pressure from the U.S. and Saudi Arabia to accept a now-defunct Trump administration Middle East plan often referred to as the Deal of the Century.

Jordan has expressed concern that the plan would weaken the monarch's historic role as guardian of the Al-Aqsa Mosque, a major shrine in contested East Jerusalem and a pillar of Hashemite claims to legitimacy.

Allegations about foreign outreach focus on Awadallah, who holds Jordanian, U.S. and Saudi citizenships, who once served as the king's official envoy to Saudi Arabia and who has close ties to Saudi Arabia’s powerful crown prince, Mohammed bin Salman.

In Jordan, Awadallah has been widely blamed for economic policies seen as mainly benefiting the rich and has been dogged by corruption suspicions. In Riyadh, he had been visibly involved in efforts to draw foreign investments.

The indictment alleges that Hamzah and bin Zaid invited Awadallah to join them because of his foreign ties. At one point, Hamzah allegedly asked Awadallah: "If something happened to me in Jordan, will the Saudi officials help me or not?”

Saudi Arabia, a major financial backer of Jordan, immediately sent its foreign minister to the kingdom after the crisis erupted, publicly reaffirming support for the king.

Mohammed Momani, a member of Jordan's senate and a former information minister, maintained that there was a link between the alleged sedition plot and regional politics.

"When you see that Jordan is under pressure from its major allies because of the Deal of the Century, then you probably saw this as an opening or as a possibility or an opportunity to solicit some support from the outside world,” alleged Momani, who said he was briefed on the investigation.

Momani alleged that bin Zaid had approached a foreign embassy, "trying to ask them for their reaction" if the alleged conspirators put their plan into motion. He did not identify the embassy. Jordanian officials have said the alleged plot was uncovered in time but posed a threat to stability.

Critics said claims of a threat seem overblown, noting that any plot would have required the backing of the security forces.

"I cannot find any evidence that would lead to this kind of trial,” political analyst Amer Sabaileh said. He and Momani are among 92 members of a political reform committee formed by the king to deal with the crisis.

Sabaileh said the saga may have caused lasting damage. "It has opened the Hashemites' door for ordinary people to look inside, and I think this is not good, regardless of how it happened," he said. "It’s better for this family to be united and not to show that there is this kind of competition or sense of revenge."