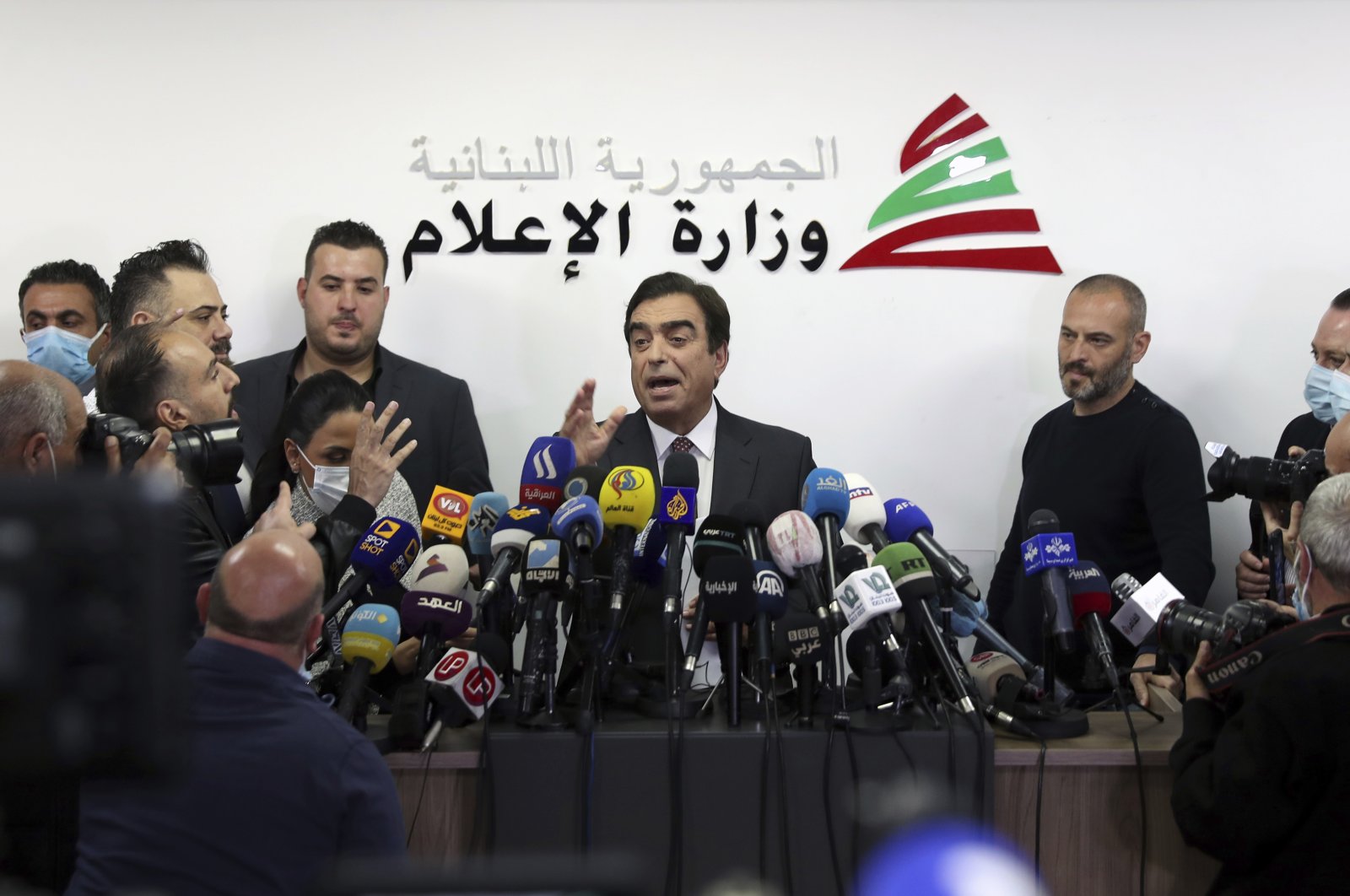 Lebanon's information minister resigned Friday, saying he hoped the much anticipated move will open the way for easing an unprecedented diplomatic crisis with Saudi Arabia and other Gulf Arab countries. That crisis has added to immense economic troubles facing Lebanon, already mired in a financial meltdown.

Minister George Kordahi, a prominent former game show host, said he took the decision to step down ahead of French President Emmanuel Macron's visit to Saudi Arabia. The resignation, Kordahi said at a press conference in the Lebanese capital, may help the French leader start a dialogue to help restore Beirut-Riyadh relations.

The crisis erupted following Kordahi's televised comments aired in October that were critical of Saudi Arabia's war in Yemen. The kingdom recalled its ambassador from Beirut and banned all Lebanese imports in response to Kordahi's remarks, affecting hundreds of businesses and cutting off hundreds of millions in foreign currency to Lebanon.

Initially, the minister said he meant no offense with the comments, made before he was appointed to the Cabinet post, and refused to resign, prolonging the crisis.

"The interests of my country, my people and my loved ones are above my own. Lebanon is more important than George Kordahi," he said at the press conference Friday. "I hope that this resignation opens the window, or a gap in this wall" for better relations with the Gulf Arab countries, he added.

The diplomatic spat over Kordahi has worsened Lebanon's economic crisis, the worst in its modern history. The country's financial meltdown, coupled with multiple other crises, has plunged more than three quarters of the nation's population of 6 million, including a million Syrian refugees, into poverty.

The standoff with Saudi Arabia, a traditional backer of the small Mediterranean country, has further paralyzed Lebanon's government, which has been unable to convene since Oct. 12 amid reports that ministers allied with Hezbollah would resign if Kordahi goes.

The Saudi measures have caused anxiety, particularly among the many Lebanese who work in the Gulf Arab countries, and added to the country's economic woes. It is not clear whether Kordahi's resignation would placate Saudi Arabia enough to reverse its decisions and prevent further escalation, or whether it would open the door for Lebanese Cabinet meetings to resume.

Lebanon's government, headed by Prime Minister Najib Mikati, is embroiled in another crisis triggered when the country's Iran-backed militant Hezbollah group protested the course of the state's investigation into the massive Beirut port explosion last year.

Hezbollah has criticized Tarek Bitar, the judge leading the investigation, saying his probe was politicized, and called on the government to ensure his removal. Local media reported there were mediations to trade Bitar's removal from the probe with Kordahi's resignation.

Kordahi's resignation comes ahead of a visit by Macron to Saudi Arabia Saturday. Macron backs Mikati's government and had taken the lead among the international community in helping the small Mideast country, a former French protectorate.

"I understood that the French want my resignation before Macron visits Riyadh, which would help, maybe in opening the way for dialogue," Kordahi said.

A senior official from the French presidency, speaking to reporters earlier this week ahead of Macron's trip to the Gulf, said the president will discuss strengthening cooperation with Saudi Arabia and other Gulf countries "to prevent Lebanon from sinking even further." The official spoke Tuesday on condition of anonymity in line with policy.

Kordahi has previously said he would be ready to resign if there were guarantees his stepping down would yield results.

Saudi officials have said the crisis goes beyond Kordahi's comments and is rooted in the kingdom's unease about the increasing clout of Hezbollah in Lebanon. The small Mediterranean country has been caught in the middle of Saudi Arabia's yearslong regional rivalry with Iran. Its relations with Saudi Arabia have been steadily worsening over the past years.

Kordahi, in the televised interview, had said the war in Yemen was futile and called it an aggression by the Saudi-led coalition. The conflict began with the 2014 takeover of Yemen's capital, Sanaa, by the Houthi rebels, who control much of the country's north. The Saudi-led coalition entered the war the following year, determined to restore the internationally recognized government and oust the rebels.

Kordahi said Friday he was resigning even though he was unconvinced that this was needed, adding that "Lebanon does not deserve this treatment" from Saudi Arabia.

"What disturbed me above all is how an entire people were held responsible for words that I said in good intention, in all honesty and with love," he said.

He said he finally decided to step down because he refused to be "the reason for harming Lebanon and Lebanese in the Gulf and other places."