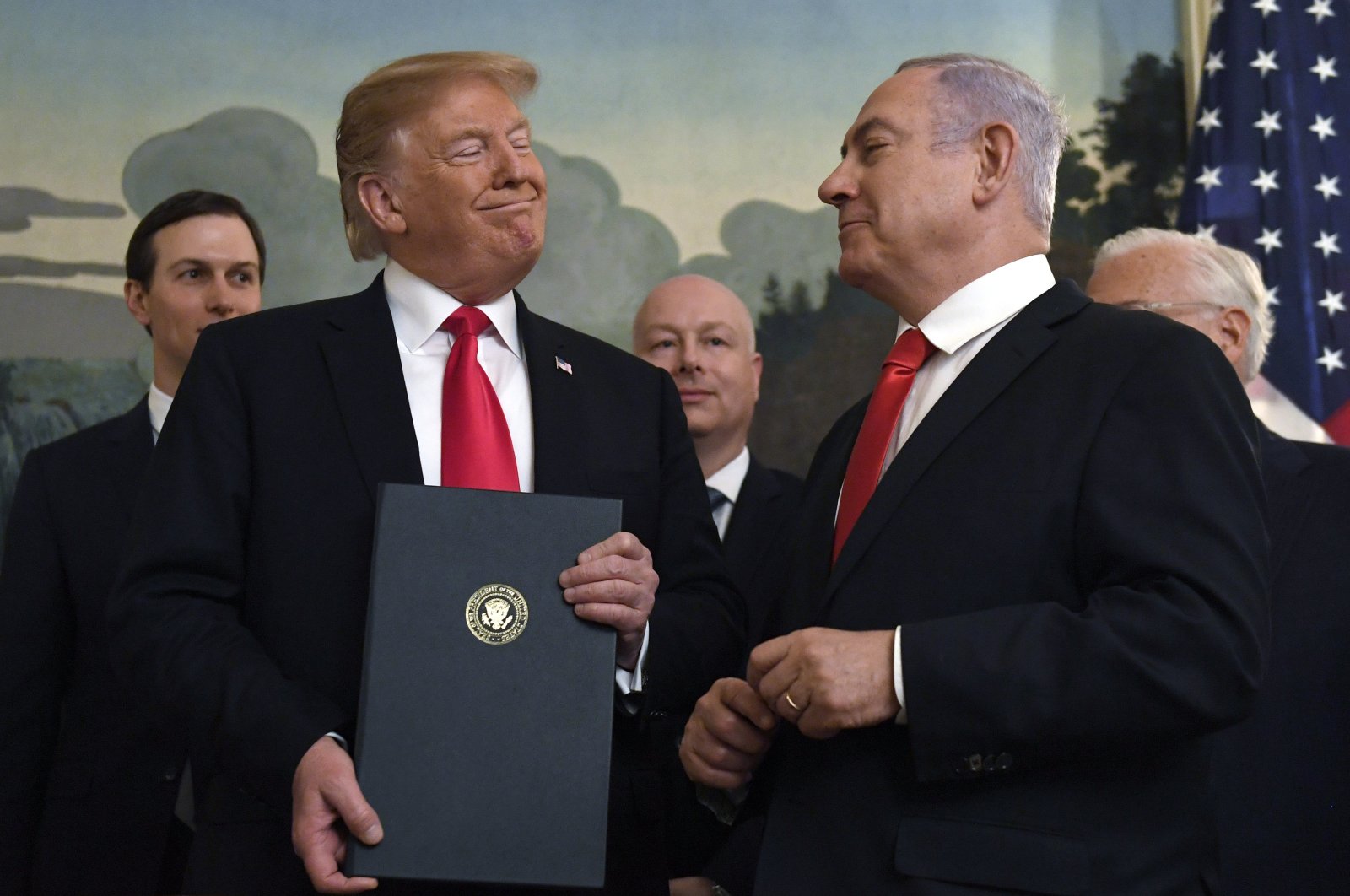 Former Israeli Prime Minister Benjamin Netanyahu tried to back out from declaring a normalization deal with the United Arab Emirates (UAE), one day before it was announced, according to a new book.

The book, "Trump's Peace: The Abraham Accords and the Reshaping of the Middle East," by Barak Ravid, diplomatic correspondent for the Israeli Walla News website, said, "on Aug. 12, 2020, Netanyahu tried to withdraw from the normalization agreement with the UAE, one day before the former U.S. President Donald Trump's announcement."

It details the agreements that came to be known as the Abraham Accords.

The news website cited the book that, according to several former U.S. officials in the White House who were involved in the deal, the motive behind Netanyahu's desire to withdraw was because of his belief that his government was about to collapse in days and that would lead to early elections.

It said former Israeli envoy to the U.S. Ron Dermer called Trump's adviser Avi Berkowitz and informed him that "in Israel, there is a crisis over the budget and the government may be dissolved in few days, so, Netanyahu believes that the timing is unsuitable for the announcement of the deal with the UAE."

The book noted that Trump's son-in-law and senior adviser Jared Kushner was upset and did not believe that "after long weeks of sensitive and secret negotiations (that) ended with a historic agreement, Netanyahu wants to throw everything in the trash for internal political considerations."

Netanyahu decided to continue with the announcement as planned after evaluating the U.S.’ response to his desire to hold off from declaring a deal was reached, according to the book.

Ravid revealed Friday that Trump was upset with Netanyahu and accused him of being "disloyal" because he congratulated U.S. President Joe Biden for his election win in November 2020.

Trump told Ravid that Netanyahu was not serious about signing a peace deal with the Palestinians and that if the former U.S. president had not recognized Israel's sovereignty in the Golan Heights, part of Syria occupied by Israel, Netanyahu would not have won elections in 2019.