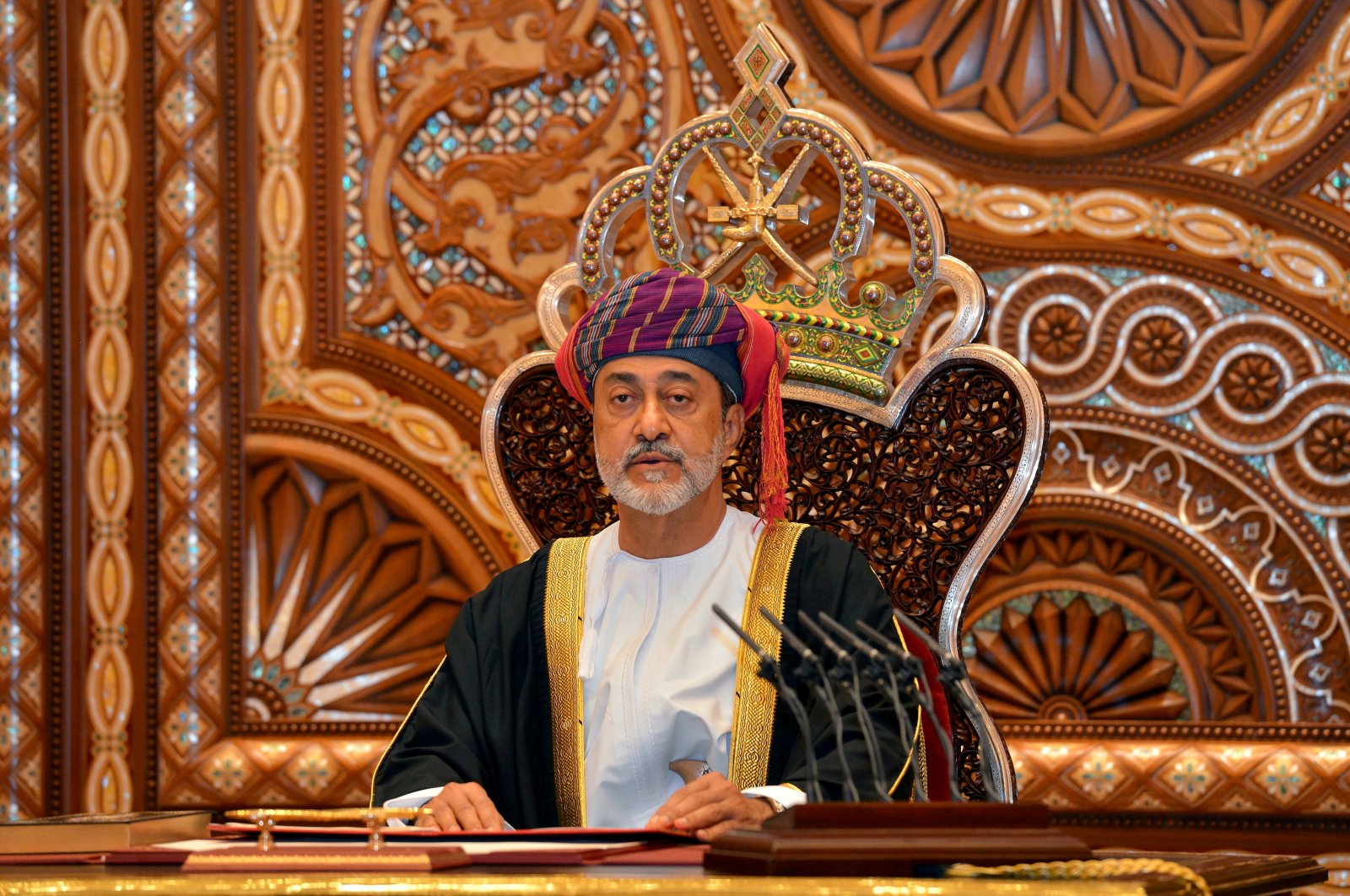 Oman’s sultan arrived in Saudi Arabia on Sunday to meet with the Saudi king, starting the first visit by an Omani ruler in years against the backdrop of renewed diplomatic efforts to end the war in Yemen and the sultanate’s worsening economic woes.

The choice to make Saudi Arabia Sultan Haitham’s first foreign destination since taking power last year signals the states' mutual self-interest and Oman's respect for the influence of Saudi Arabia, the spiritual anchor of the Sunni Muslim world and the region's largest economy with its vast oil reserves.

Sultan Haitham ascended the throne after the death of the long-ruling Sultan Qaboos bin Said, whose public appearances grew scarce as he aged. Sultan Qaboos traveled abroad frequently for medical treatments toward the end of his tenure but steered clear of the pomp and pageantry of visits to fellow Gulf Arab sheikhdoms.

Oman, sandwiched between Saudi Arabia and its archrival Iran, has long played the role of neutral mediator, particularly in efforts to settle the seven-year-old conflict in Yemen.

The costly war, pitting a Saudi-led military coalition against Iran-backed Houthi rebels, has spawned the world's worst humanitarian crisis and settled into a bloody stalemate, increasingly compelling the kingdom to cool tensions with Iran and seek a way out of the quagmire.

The coronavirus pandemic and slump in oil prices have exacerbated the Gulf Arab nation’s financial troubles, prompting a burst of scattered protests in May that came as a shock in the once-quiet sultanate.

Struggling to balance its books, the Omani government is now turning to wealthier Gulf neighbors for financial support, according to a bond prospectus last year. The country also requested technical assistance from the International Monetary Fund (IMF), the institution said last week, to help the government manage its debt, which ballooned last year to nearly 83% of the country’s gross domestic product.