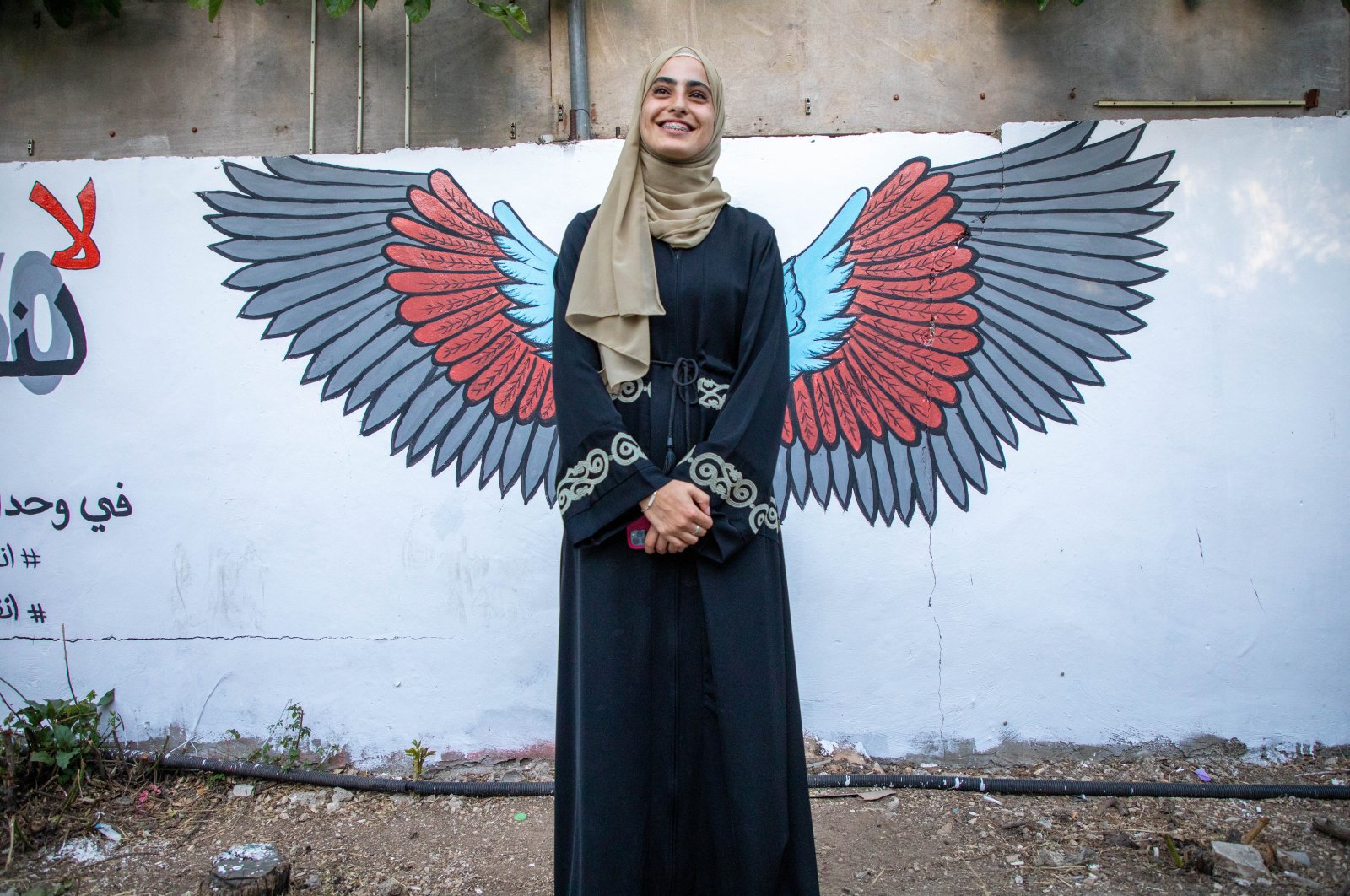 Remembering the details of her recent arrest, prominent Palestinian activist Muna al-Kurd says Israel does not want the true story of Palestine to be told to the world

Palestinian activists Muna al-Kurd and her twin brother Mohammed al-Kurd, who recently were arrested by Israeli police and released after hours of interrogation, had launched a Twitter campaign with the hashtag #SaveSheikhJarrah in order to draw the world's attention to the brutal expulsion of Palestinians from their homes in Sheikh Jarrah. The initiative went viral online since protests flared against Israel's moves in the neighborhood.

"We have managed ... not just to shed light on settlement in Jerusalem but also on the rights of Palestinians to defend themselves, their right to resist the occupier and their right to their own narrative," Mohammed al-Kurd told Agence France-Presse (AFP).

"From the beginning of the campaign our discourse has been extremely clear," said the 23-year-old writer, who has been worked tirelessly to publicize events unfolding in East Jerusalem and has gained more than 180,000 Twitter followers and more than half a million on Instagram. "We are talking about colonialism and settlement – not just about human rights abuses."

The al-Kurd family in Sheikh Jarrah has been at the forefront of months of protests against the planned evictions. In an interview with Anadolu Agency (AA) Muna al-Kurd said that seven Israeli police officers raided her house Sunday morning, searching for her brother.

“They asked me: 'Are you Muna?'" she said. "They said that I was summoned to testify. It was morning. I was not allowed to go to the toilet, even wash my hands and face. This is completely illegal. Moreover, they did not even allow me to enter my room alone and change my clothes. They sent a police officer. They have violated my privacy," Muna added.

Noting that she was handcuffed and taken to the Israeli police station on Salahaddin Street in East Jerusalem, Muna told AA that they made her wait at least two hours before being interrogated.

"Of course I don’t know how much time had passed, maybe more than two hours, because I had neither a phone nor a watch. But they made me wait too long," she said, emphasizing that Israeli officers had threatened her during interrogation.

“Someone entered the interrogation room and asked me, 'Did you call me a dog?' I told him: "This is the first time in my life I see you." According to Muna, the police officer replied that his time will come, eventually trying to offend her. Muna countered that he cannot curse her for any reason whatsoever.

“If you take it as an insult, then it is. You are happy with what you did, here you are in handcuffs, and you are in our hands,'' the police officer replied.

Noting that she was subjected to lengthy interrogation, Muna said that Israeli authorities accused her of threatening "security." Muna stated that she was interrogated many times on the day of her arrest and that her hands and feet were handcuffed. She was taken out of another door after being interrogated at the police station.

'This detention was a threat to us'

In the interview, Muna al-Kurd pointed out that the arrest was focused on preventing Palestinian activists from carrying out their opposition activities and on scaring them.

"This detention was a threat to us, it was intended to scare us," she said, adding that Israel is eager to silence Palestinian voices across the world and in particular in the occupied territories. "They want to tell us, 'We don't want you to reflect the truth to the world,'" she said.

Noting that the entrances and exits to Sheikh Jarrah have been shut for a month by the Israeli police, she said that even the residents of the neighborhood can only enter Sheikh Jarrah with an identity check.

"No activists or anyone who comes for support is allowed to enter. On the other hand, Jewish settlers can easily and comfortably enter Sheikh Jarrah with their weapons," she said. "Israel wants to silence us by closing the neighborhood. The residents of Sheikh Cerrah, 500 people living here, refuse to be silent, they do not accept to live a new Nakba," referring to Israel's creation when some 700,000 Palestinians – a majority of the population – fled or were driven from their homes.

Underlining that the Palestinians in Sheikh Jarrah will find themselves on the streets if they remain silent against Israel's threat of deportation, Muna al-Kurd asserted that arbitrary detentions "apply not only to Mohammed, but also to other residents of the neighborhood. They are all to intimidate us and scare us. They say 'Shut up, don't talk anymore, we don't want the true story of Palestine to be brought to the world.'"

In East Jerusalem's Sheikh Jarrah neighborhood, Israeli settlers have been waging a decadeslong campaign to evict the families from densely populated Palestinian neighborhoods just outside the walls of the Old City. The area is one of the most sensitive parts of East Jerusalem, which is home to sites sacred to Muslims, Jews and Christians, which Israel captured in 1967 and annexed in a move not recognized internationally.

Israel views the entire city as its capital, while the Palestinians want East Jerusalem as the capital of their future state. Settler groups and Israeli officials say the Sheikh Jarrah dispute is merely about real estate. But Palestinians say they are victims of a discriminatory system. The settlers are using a 1970 law that allows Jews to reclaim former properties lost during the 1948 war surrounding Israel’s creation, a right denied to Palestinians who lost property in the same conflict.

According to the decision, four of these families were supposed to vacate their homes in January 2021. Upon the appeal of the families, it was decided to appeal the decision and start the court process again, but the Israel Central Court rejected the appeal of these four families in mid-February. At the beginning of this year, the Israeli Central Court had ordered seven families to vacate their homes to be left to Jewish settlers. On March 4, the court rejected the objections of Palestinian families living in Sheikh Jarrah against the decision. On May 2, the Supreme Court gave the four families in Sheikh Jarrah until May 6 to "get along" with the Jewish settlers.

The Israeli Supreme Court postponed the final decision to June at the hearing held on May 9 due to conflict in the Gaza Strip where hundreds were killed by Israeli airstrikes. However, many are confident that Tel Aviv will not abandon its eviction plan and is preparing for a new campaign against the Palestinians.