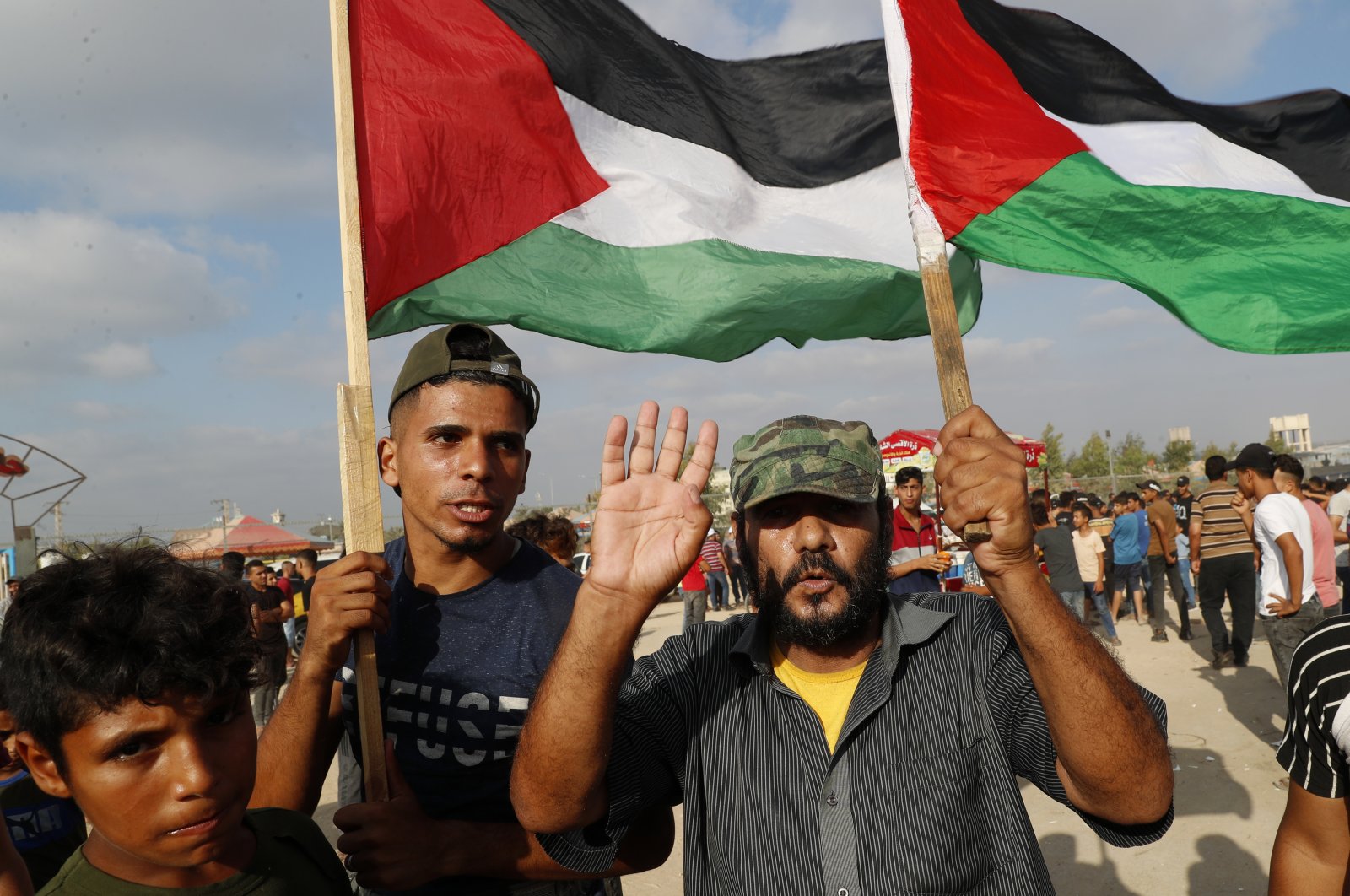 Protestors wave their national flags near the fence of the Gaza Strip border with Israel, during a protest marking the anniversary of a 1969 arson attack at Jerusalem's Al-Aqsa Mosque, east of Gaza City, Palestine, Aug. 21, 2021. (AP Photo)
by French Press Agency - AFP Aug 28, 2021 11:38 am
RECOMMENDED

A Palestinian teen died Saturday after being shot by Israeli forces near the Gaza border last week, the enclave's health ministry said.

Omar Hassan Abu al-Nile, 12, was hit during clashes last Saturday on the sidelines of a demonstration near the border fence separating the Gaza Strip and Israel, the official Palestinian news agency Wafa said.

He "succumbed to his injuries," Gaza's health ministry said in a statement.

The Israeli violence during the Aug. 21 protests left around 40 people wounded, according to the Gaza authorities, including a 32-year-old Palestinian man who died Wednesday.

An Israeli police officer was also shot and remains in critical condition.

The Israeli army said it had responded with live fire and other measures to Palestinian "rioters" who were allegedly hurling explosives over the border fence and attempting to scale it.

Following the protests, Israel carried out airstrikes it said were targeting weapons manufacturing and storage sites of Hamas, the Palestinian group that governs Gaza.

There were no reported casualties from the strikes.

New clashes took place on the border between Gaza and Israel on Wednesday, but they were less violent than those last Saturday.

More protests are planned for this Saturday evening, according to Palestinian sources.

The protests come just over three months after an informal truce ended 11 days of an Israeli assault on Gaza, the worst attack against the Palestinians in years.

Hamas authorities said 260 Palestinians were killed by Israeli airstrikes during the conflict.

Palestinian groups launched thousands of rockets at Israel during the fighting, killing 13 people, including a soldier, according to the military and police.

In 2018, Gazans began a protest movement demanding an end to Israel's blockade and the right for Palestinians to return to lands they fled or were expelled from when the Jewish state was founded.

Israel has killed some 350 Palestinians in Gaza over the course of a year of weekly border protests.