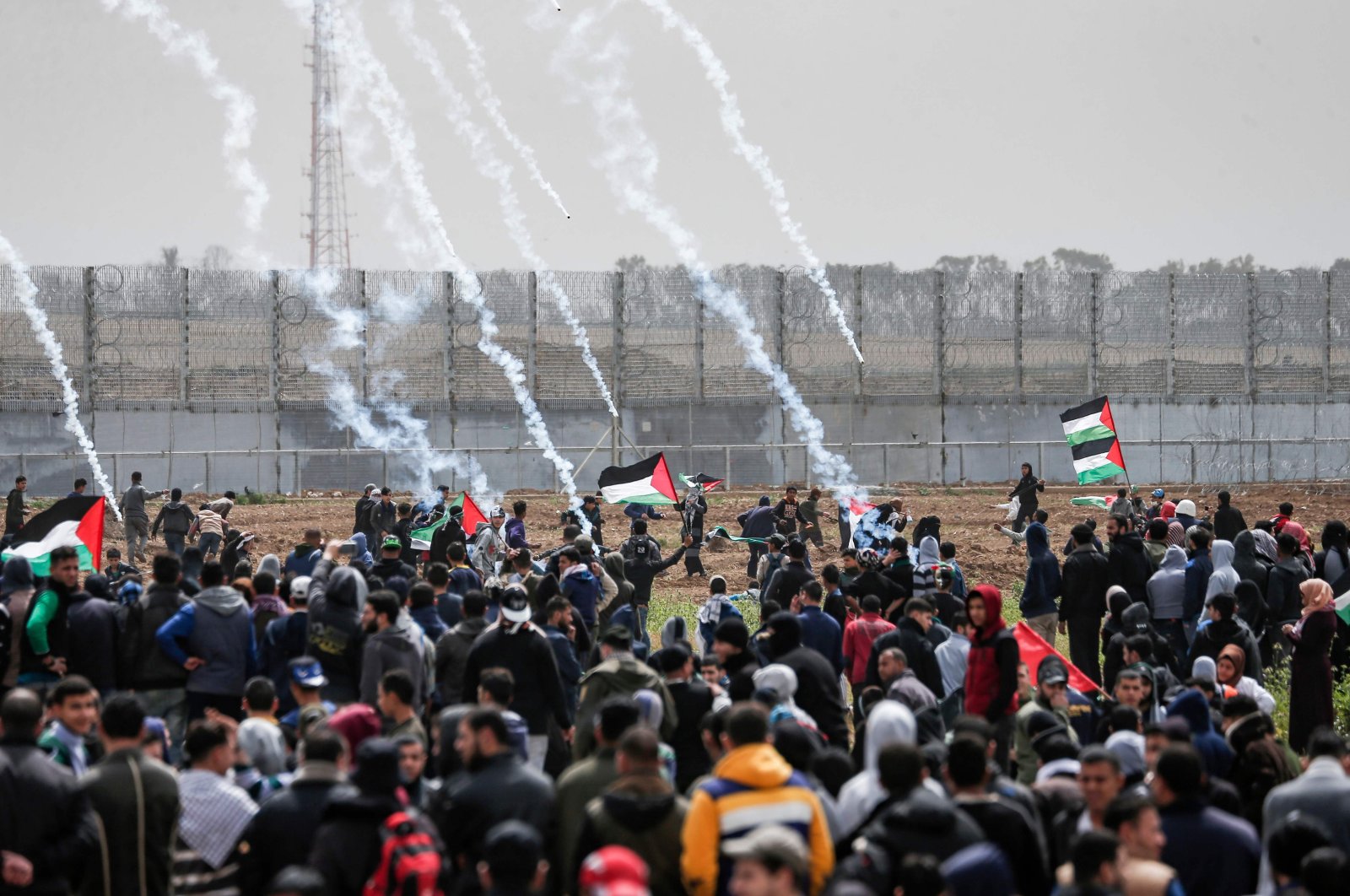 Tear gas canisters fall amongst Palestinian protesters during a demonstration near the border with Israel in Malaka east of Gaza City as Palestinians mark the first anniversary of the "March of Return" border protests, March 30, 2019, (AFP Photo)
by Agencies Nov 02, 2021 3:58 pm
RECOMMENDED

Palestinian families in a tense Sheikh Jarrah neighborhood of East Jerusalem have rejected an offer that would have delayed their eviction by Jewish settlers.

The families’ plight helped ignite protests and clashes earlier this year that eventually led to the 11-day Gaza war. In a statement on Tuesday, the four families said their decision springs from "our belief in the justice of our cause and our right to our homes and our homeland.”

The proposal floated by Israel's Supreme Court earlier this month would have made them "protected tenants” blocking any eviction and demolition order for at least the next 15 years, according to Ir Amim, an Israeli rights group that closely follows developments in the city. But it would have forced them to acknowledge the settlers' ownership of the properties, which could weaken the families' case going forward.

The four families are among dozens in East Jerusalem who are threatened with forced eviction by Jewish settler organizations in several cases that are at various legal stages. The settlers are making use of an Israeli law that allows them to claim properties that were owned by Jews prior to the 1948 war surrounding Israel's creation.

Palestinians who lost homes, properties and lands in the same conflict do not have the right to recover them. Israel captured East Jerusalem along with the West Bank and the Gaza Strip in the 1967 war.

The Palestinians want all three territories to form their future state and consider East Jerusalem their capital. Israel annexed East Jerusalem shortly after the 1967 war and considers the entire city to be its capital, a claim not recognized by most of the international community.

"The people of Sheikh Jarrah rejected the settlement proposal," the family member and social media activist Mohammed al-Kurd tweeted, referring to the East Jerusalem neighborhood where the homes are located.