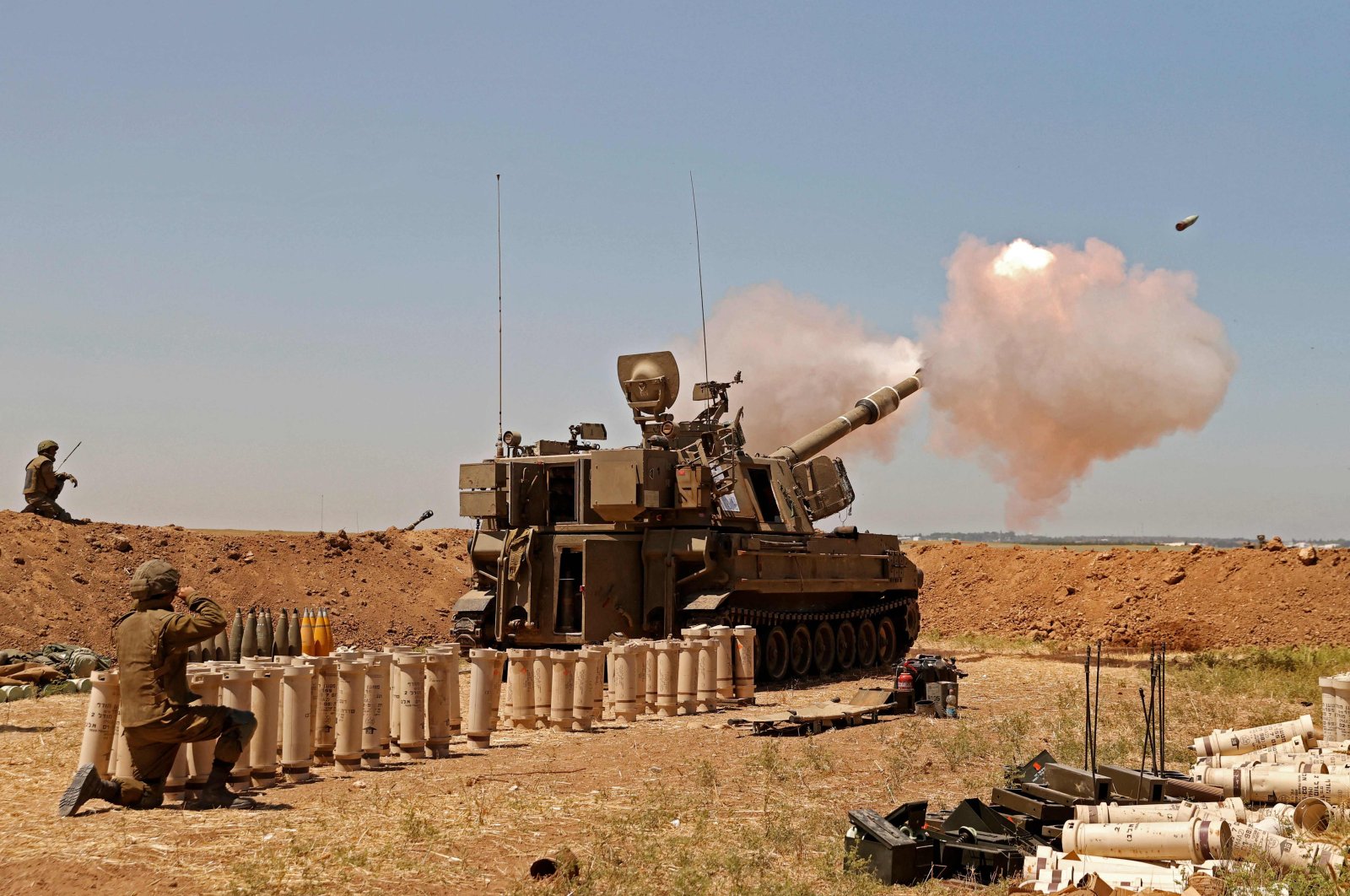 Israeli soldiers fire artillery shells toward the Gaza Strip from their position along the border with the Palestinian enclave, May 19, 2021. (AFP Photo)
by Agencies Aug 26, 2021 2:15 pm
RECOMMENDED

Israel is stepping up plans for a possible military operation in Gaza and a strike against Iran, Israeli Defense Forces Chief of Staff Lt. Gen. Aviv Kochavi said Wednesday.

"Perhaps we are preparing for a new operation in Gaza in the near future, and we do not and will not accept the violation of Israeli sovereignty, no matter who is behind it," Kochavi told reporters, according to Anadolu Agency (AA).

He was alluding to recent rocket fire from the Gaza Strip and the launching of incendiary balloons from the enclave. Kochavi also said that Israel was accelerating plans for a possible strike on Iran in case Tehran does not halt its nuclear program.

According to the Walla news site, a portion of funds from the recently passed defense budget will be diverted to beefing up the attack option. Regarding his plans against Iran's naval activities in the region, Kochavi said the Israeli army is working systematically and in various ways to reduce Iran's influence in the Middle East.

On Wednesday, Israel's Defence Minister Benny Gantz accused Iran of launching a deadly drone strike on an oil tanker last month from its territory and reiterated that Israel would act alone if needed to stop Iran from obtaining nuclear weapons, as reported by The Associated Press (AP).

Gantz spoke as Israeli Prime Minister Naftali Bennett was visiting Washington to discuss Iran with Biden administration officials during his first state visit in Washington. The Mercer Street, an oil tanker that was sailing in the Arabian Sea off Oman, was struck by a drone aircraft July 29. The attack killed two, a British national and a Romanian. The tanker is managed by a firm owned by an Israeli billionaire.

The United States, Britain and Israel have all blamed Iran for the drone strike on the Mercer Street, but no country has yet offered evidence or intelligence to support their claims. Iran has denied any wrongdoing.

"Our assessment is that the UAV employed in the Mercer Street attack was launched from Iranian territory and approved by Iranian leadership,” Gantz told foreign diplomats in a briefing. His remarks were released by his office.

Gantz, a former Israeli army chief, has previously warned that Israel is prepared to take military action against Iran and called for international action to halt Iranian aggression. The two countries have been locked in a shadow war for years, which in recent months has taken a higher profile after a long string of attacks on merchant vessels.

The attacks began after then-President Donald Trump unilaterally withdrew in 2018 from the nuclear deal between Iran and world powers, which saw Iran limit its enrichment of uranium in exchange for the lifting of economic sanctions.

President Joe Biden has said he is willing to rejoin the accord, but talks over salvaging the deal have stalled in Vienna. Israel contends its regional archrival Iran seeks nuclear weapons, while Tehran insists its nuclear program is for peaceful purposes only.

Gantz doubled down on those threats Wednesday, saying that Israel "has the means to act and will not hesitate to do so – I do not rule out the possibility that Israel will have to take action in the future in order to prevent a nuclear Iran.”