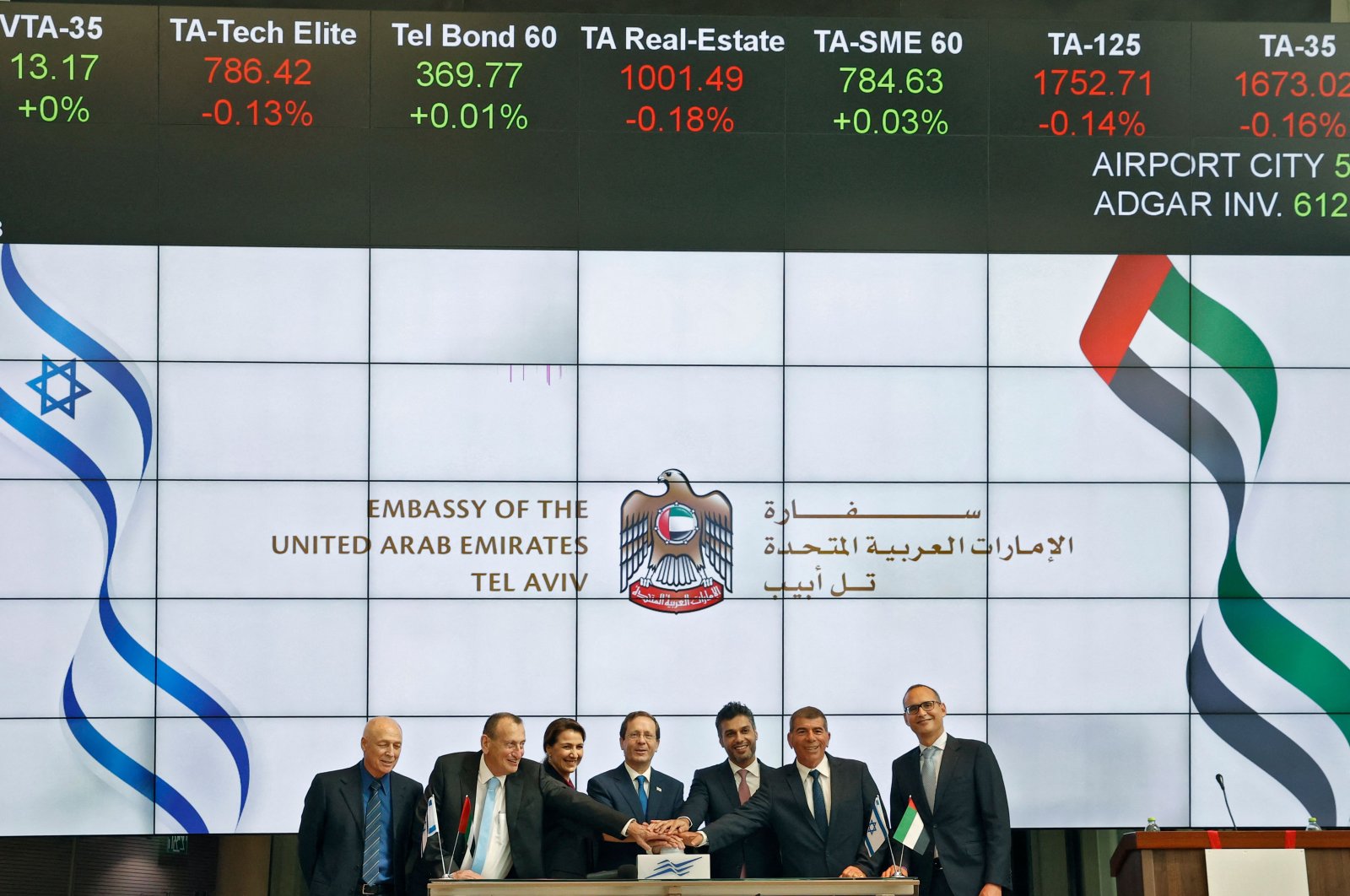 The United Arab Emirates (UAE) on Wednesday became the first Gulf state to open an embassy in Israel in the latest act of normalization under a deal brokered by Washington last year.

Brought together by shared unease about Iran, the UAE and Bahrain normalized relations with Israel last year under the "Abraham Accords" crafted by the administration of then-U.S. President Donald Trump. Sudan and Morocco have since also moved to establish ties with Israel.

The opening of the UAE Embassy, which is situated in the Tel Aviv Stock Exchange, followed the inauguration of the Israeli Embassy in the UAE last month.

"Since the normalization of ties ... we have seen for the first time discussions on trade and investment opportunities," UAE Ambassador Mohamed Al Khaja said, after raising his country's flag outside the building. "We signed major agreements across various fields, including economy, air travel, technology and culture."

Israeli President Isaac Herzog called the opening of the embassy "an important milestone in our journey towards the future, peace prosperity and security" for the Middle East.

"Seeing the Emirati flag flying proudly in Tel Aviv might have seemed like a far-fetched dream about a year ago," he said. "In many ways, nothing could be more natural and normal."

Israel and the UAE signed the U.S.-brokered normalization agreement on the White House lawn in September, and a flurry of bilateral economic and cooperation deals in the months since. Most countries maintain embassies in Tel Aviv because of Jerusalem’s disputed status – one of the thorniest issues in the Mideast conflict.

The U.S. moved its embassy to Jerusalem in 2018, and a handful of countries have followed suit. Israel captured East Jerusalem in the 1967 Mideast war and later annexed it in a move unrecognized by most of the international community.

The city is the seat of the Israeli parliament, Supreme Court and many government offices. The Palestinians seek East Jerusalem as the capital of a future independent state. The UAE has said last year's U.S.-brokered accords, which challenged a decades-old allegiance to Palestinian ambitions as a major driver of Arab policy, would ultimately benefit the Palestinians.