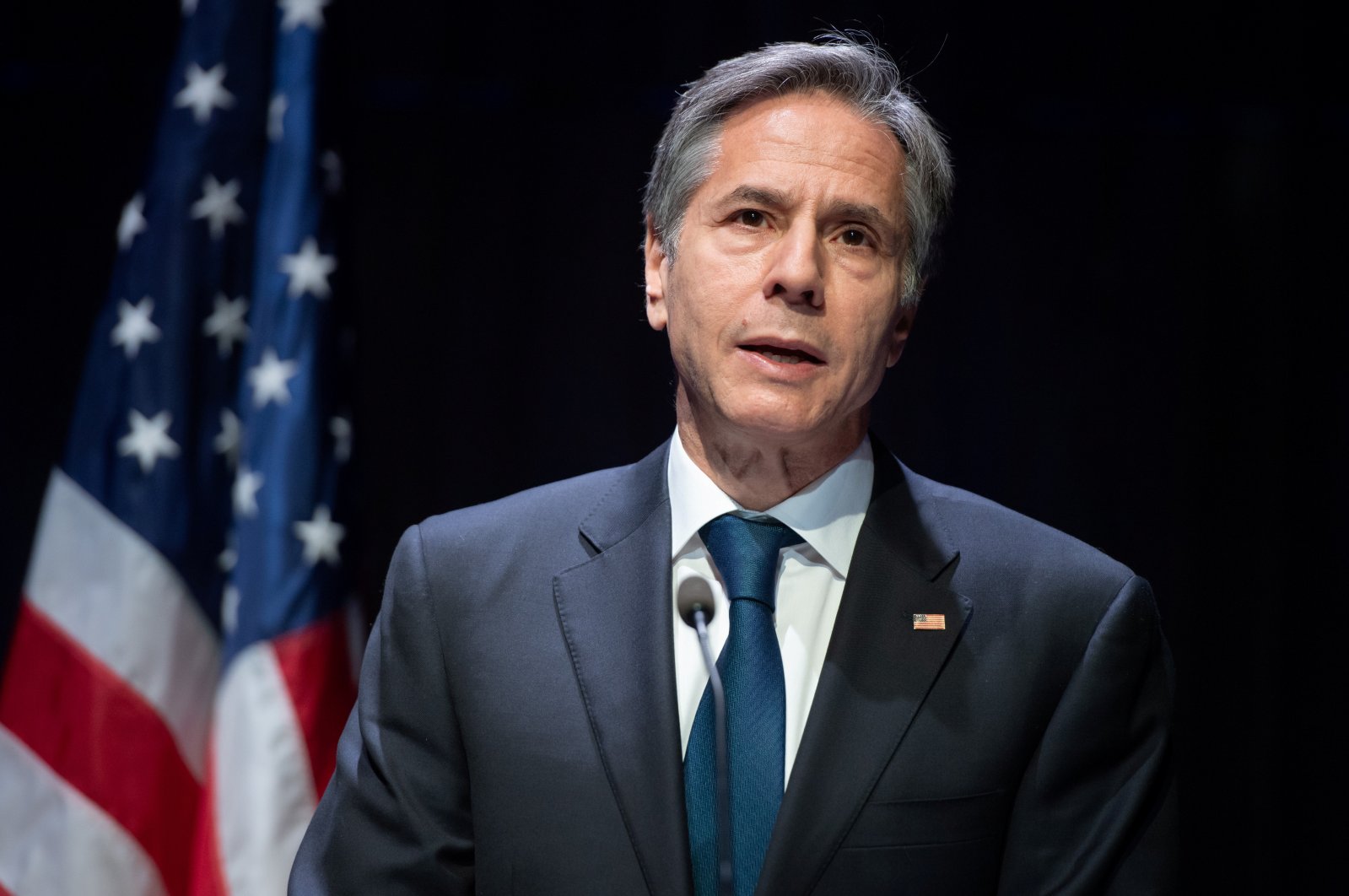 U.S. Secretary of State Antony Blinken speaks during a joint news conference following a meeting with Iceland's foreign minister at the Harpa Concert Hall in Reykjavik, Iceland, May 18, 2021. (Reuters Photo)
by Agencies May 24, 2021 4:45 pm
RECOMMENDED

United States Secretary of State Antony Blinken departed Monday for a Middle East trip aimed at consolidating the cease-fire deal that brought 11 days of deadly Israeli bombardment to a halt.

"Secretary Blinken will meet with Israeli leaders about our ironclad commitment to Israel's security," U.S. President Joe Biden said in a statement, as Agence France-Presse (AFP) reported. "He will continue our administration's efforts to rebuild ties to, and support for, the Palestinian people and leaders, after years of neglect."

Biden, who came under criticism from many within his own Democratic party for not pushing the U.S.' key ally Israel more publicly to call a cease-fire, has touted his administration's "quiet, relentless diplomacy" to bring about a halt in the fighting.

A senior State Department official said Washington has "every hope and expectation" that the cease-fire, brokered by Egypt and now in its fourth day after 11 days of hostilities, will hold, but said it was too early for wider peace talks.

Blinken's trip, in addition to meetings with Israeli Prime Minister Benjamin Netanyahu and Palestinian Authority (PA) President Mahmud Abbas, will take him to Cairo for consultations with President Abdel-Fattah el-Sissi and then to Amman to speak with Jordan's King Abdullah II.

"Our primary focus is on maintaining the cease-fire, getting the assistance to the people who need it," the official said, according to Reuters. "The United States remains committed to the two-state solution ... We are not wavering from that in any way. It's probably premature at this time to invite the parties to Washington or anywhere else," the official said.

In a tweet, Blinken said the trip would aim to support "efforts to solidify a cease-fire."

"The U.S. has engaged in intensive diplomacy to bring an end to the hostilities and reduce tensions," he added.

Israeli strikes on Gaza this month killed 279 Palestinians, including 69 children, and have wounded more than 1,900 people, the Gaza Health Ministry said. The United Nations said more than half of those killed, the overwhelming majority in Israeli airstrikes, were civilians.

Biden, in his statement, said part of Blinken's trip would involve working on "the coordinated international effort to ensure immediate assistance reaches Gaza in a way that benefits the people there and not Hamas, and on reducing the risk of further conflict in the coming months."

Blinken Sunday reaffirmed U.S. support for a two-state solution as the only way to provide hope to Israelis and Palestinians that they can live "with equal measures of security, of peace and dignity."

Support for a two-state solution – the vision of Israel and a Palestinian state living peacefully side by side – restates a longtime U.S. goal, though Blinken conceded on ABC's "This Week" that this was not "necessarily for today."