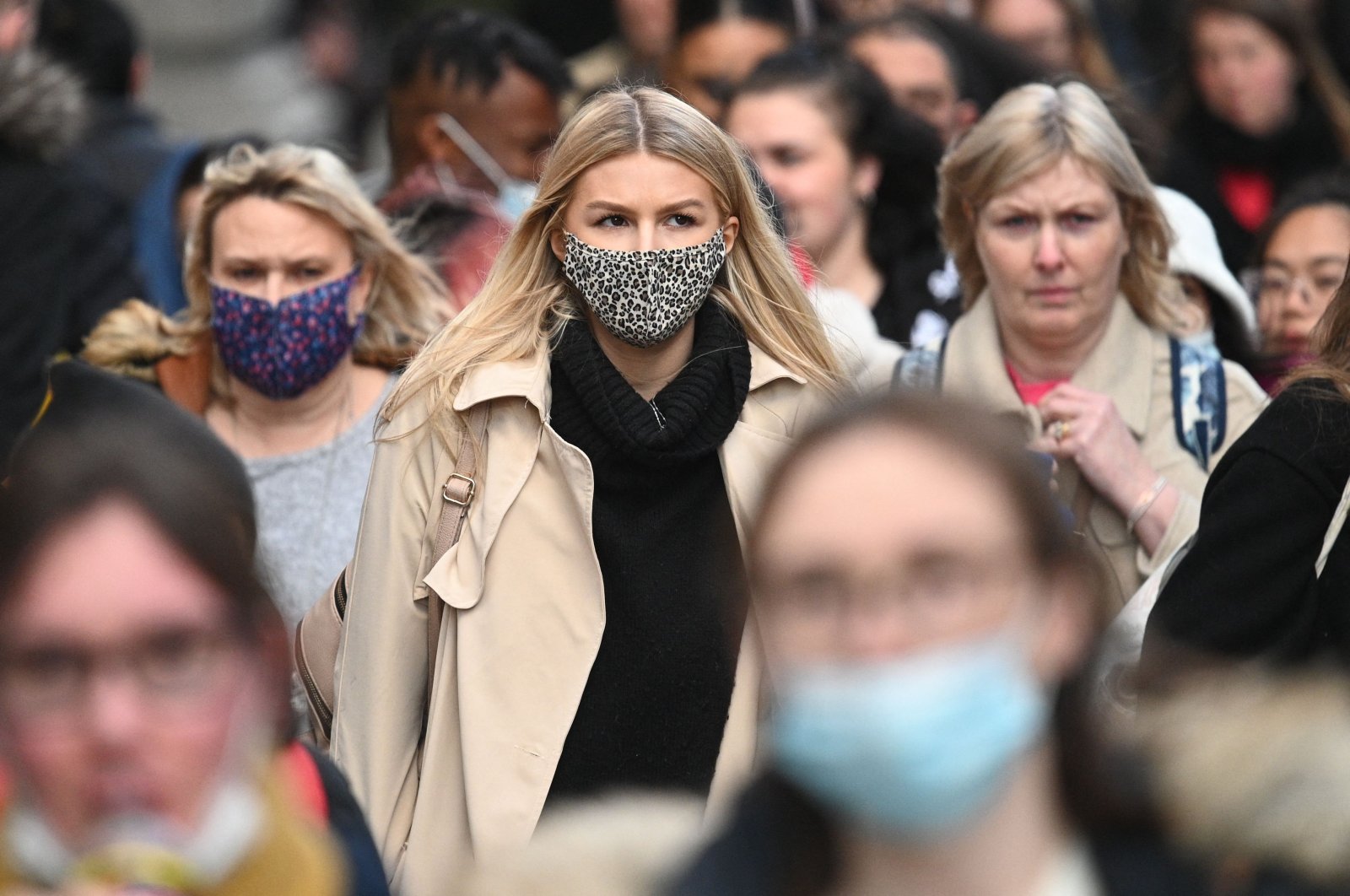 Shoppers, some wearing face masks, walk along Oxford Street in central London as compulsory mask-wearing in shops has been reintroduced in England as fear rises over the omicron variant of COVID-19, Britain, Dec. 4, 2021. (AFP Photo)
by German Press Agency - DPA Dec 05, 2021 12:02 pm

The new variant may have been evolving for many months without attracting any attention, one of the co-discoverers of the omicron strain said

Precursors of the recently discovered coronavirus variant omricon have been around and existed for a very long time, the new variant's co-discoverer, Wolfgang Preiser, said.

"According to current knowledge, an early form of omicron evolved as a separate virus type even before alpha and delta emerged," Preiser, a medical virologist at Stellenbosch University near Cape Town, told Deutsche Presse-Agentur (dpa). He is a member of the research consortium that discovered the variant.

This type of virus then probably evolved over many months without attracting attention, Preiser said. "The question is: Why did omicron remain hidden for so long and only now get going to be able to spread so quickly?"

The oldest known evidence of the variant so far dates from the first half of November.

The omicron variant, which was first discovered in South Africa and Botswana, has a particularly large number of mutations. Among other things, they affect the spike protein through which the viruses dock onto human cells.

In addition, there are mutations near the so-called furin cleavage site, a region that plays a role in the uptake of the virus into human cells.

In Germany, according to the Robert Koch Institute (RKI) disease control body, four cases of the omicron variant had been confirmed by genome sequencing by Wednesday – all of them travelers returning from South Africa. The variant is suspected in eight other cases in Germany. Experts, however, assume that there are already more cases.

Many countries around the world have also imposed new restrictions to contain the spread of the new variant, including closing their borders to travelers from several African countries.

According to the European Centre for Disease Prevention and Control (ECDC), omicron could be the dominant variant in Europe within a few months.

The EU health authority recently pointed out that while there are still a number of uncertainties regarding transmissibility, the severity of an infection and possible impact on immune defenses, preliminary data suggests that the disease is already present in Europe.

However, preliminary data indicated that omicron had a clear advantage over the delta variant.

Preiser also said he assumes that omicron is more easily transmissible than delta and does not see any definitive signs that omicron tends to lead to milder courses of the disease. Pointing out that it may be a bit early to determine, he said it is also unclear whether children are particularly susceptible to omicron.

"Although there are a lot of hospitalizations among children in South Africa, they are virtually all unvaccinated," Preiser explained.

There are various theories on the development of omicron, Preiser said. It could be that the coronavirus variant developed in a patient with HIV or another form of immunodeficiency.

The idea behind this is that in people with weakened immune systems, the virus could multiply over many months and change bit by bit without being completely eliminated by the immune system.

"That is a speculative thesis and not proven," said Preiser. Another hypothesis is that omicron evolved in animals.

Other questions are also still open, such as how vaccinations against omicron work.

"True, there are currently a lot of breakthrough infections in South Africa in those vaccinated with omicron. But it is unclear whether this is due to specific characteristics of the variant."

It is also conceivable that external circumstances play a role. For example, health care workers are currently frequently infected and are more affected by a decline in protection, partly because of early vaccination.