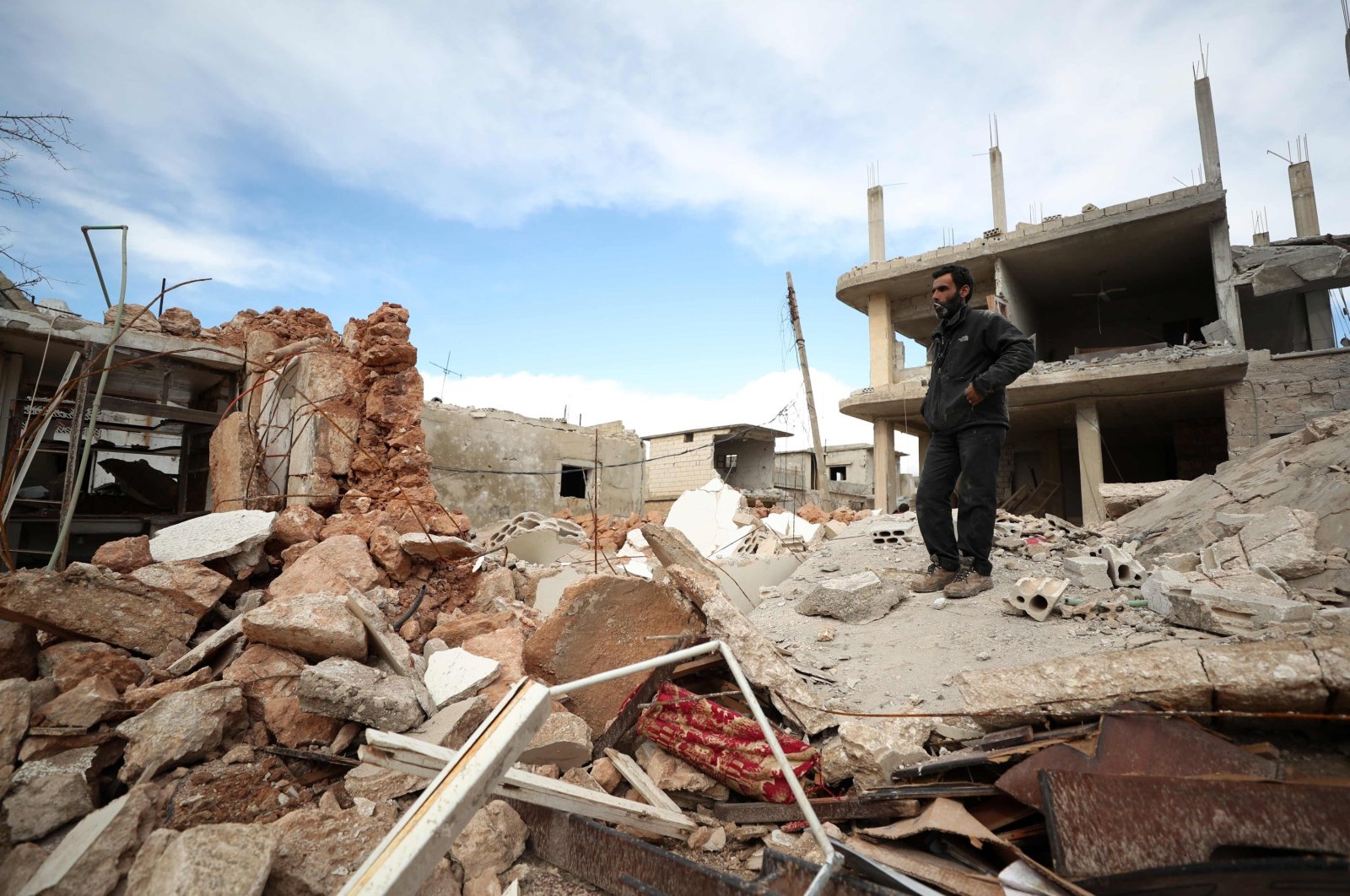 The Bashar Assad regime in Syria used chemical weapons at least 17 times, the head of the international chemical weapons watchdog told the United Nations Security Council after its experts investigated 77 allegations against the regime.

Fernando Arias called it “a disturbing reality” that eight years after the Syrian regime joined the Chemical Weapons Convention, which bans the production or use of such weapons, many questions remain about its initial declaration of its weapons, stockpiles and precursors and its ongoing program.

He said Thursday that the Organization for the Prohibition of Chemical Weapons (OPCW) will be taking up a new issue at its next consultations with Syria – “the presence of a new chemical weapons agent found in samples collected in large storage containers in September 2020.”

Arias said he sent a letter informing the Syrian regime that he intended to send an OPCW team to look into the issue from May 18 to June 1, and requested visas but never got a response. He said he informed Damascus he was postponing the arrival to May 28.

With no reply from Syria by May 26, he said, “I decided to postpone the mission until further notice.”

The Syrian regime was pressed to join the Chemical Weapons Convention in September 2013 by its close ally Russia after a deadly chemical weapons attack that the West blamed on Damascus. By August 2014, Assad’s regime declared that the destruction of its chemical weapons was completed. But the Syrian regime’s initial declaration to the OPCW has remained in dispute.

In April 2020, OPCW investigators blamed three chemical attacks in 2017 on the Syrian regime. The OPCW Executive Council responded by demanding that the regime provide details.

When it didn’t, France submitted a draft measure on behalf of 46 countries in November to suspend the Syrian regime's “rights and privileges” in the global watchdog. In an unprecedented vote on April 21, the OPCW suspended the regime's rights until all outstanding issues are resolved.

Russia has sharply criticized the OPCW and its investigators, accusing them of factual and technical errors and acting under pressure from Western nations.

Russia’s U.N. Ambassador Vassily Nebenzia kept up the attack on Thursday, accusing the chemical weapons watchdog of using information “from biased sources opposed to the Syrian government,” of collecting evidence remotely and relying on “pseudo witnesses.”

He said the purpose of the council meeting was not to “interrogate” Arias by asking “uncomfortable” questions, as some council members said, but “to work collectively to improve the deplorable situation that has evolved in the OPCW.”

“We need to talk frankly with the OPCW leadership in order to preclude further erosion of its authority and prevent recurrence of the miserable situation that happened in April,” when it voted “to incapacitate ... a sovereign state that faithfully complies” with the Chemical Weapons Convention, Nebenzia said. “We are concerned over increasing politicization of its work, initiated by our Western colleagues.”

The Russian ambassador said he was surprised that Arias expressed surprise that the Syrian regime was not cooperating with the OPCW investigation team charged with determining responsibility for chemical attacks.

“It is not surprising that Syria never recognized the legitimacy of the group, neither did we,” Nebenzia said. “The group was established illegitimately. You cannot expect that Syria will be cooperating with it.”

Britain’s U.N. Ambassador Barbara Woodward countered that “the facts of this case are clear.”

“There are 20 unresolved issues in Syria’s initial chemical weapons declaration, which is deeply concerning,” she said. “The U.N. and the OPCW have attributed eight chemical weapons attacks to the Syrian regime. It’s clear that the regime retains a chemical weapons capability and the willingness to use it.”

Woodward said the Security Council will continue to insist on the Syrian regime’s full cooperation with the OPCW, “and the full and verifiable destruction of Syria’s chemical program.”

U.S. Deputy Ambassador Richard Mills said, “no amount of disinformation – espoused by Syria and its very small number of supporters – can negate or diminish the credibility of the evidence that has been presented to us by the OPCW.”

“The Assad regime – supported by Russia – continues to ignore calls from the international community to fully disclose and verifiably destroy its chemical weapons program,” Mills said. “Without accountability for the atrocities committed against the Syrian people, lasting peace in Syria will remain out of reach. The United States, once again, calls for justice and accountability as critical components to help move Syria towards a political resolution to the conflict.”

Earlier this year, the OPCW said that the Assad regime used the chemical weapon chlorine in an attack on the town of Saraqib in 2018 after an investigation.

Following this, the global chemical weapon watchdog decided to impose sanctions on the regime after it confirmed that Assad used chlorine gas in the 2018 attack on the opposition region. The European Union and the United States hailed the OPCW decision to suspend the rights and privileges of the regime, over its use of chemical weapons in Syria.

Hundreds of thousands of innocent people were killed in the 10 years of brutal civil war that riddled Syria with clashes and attacks. Yet, these attacks were not carried out using only conventional weaponry and the Assad regime has repeatedly used chemical weapons, thus committing war crimes.