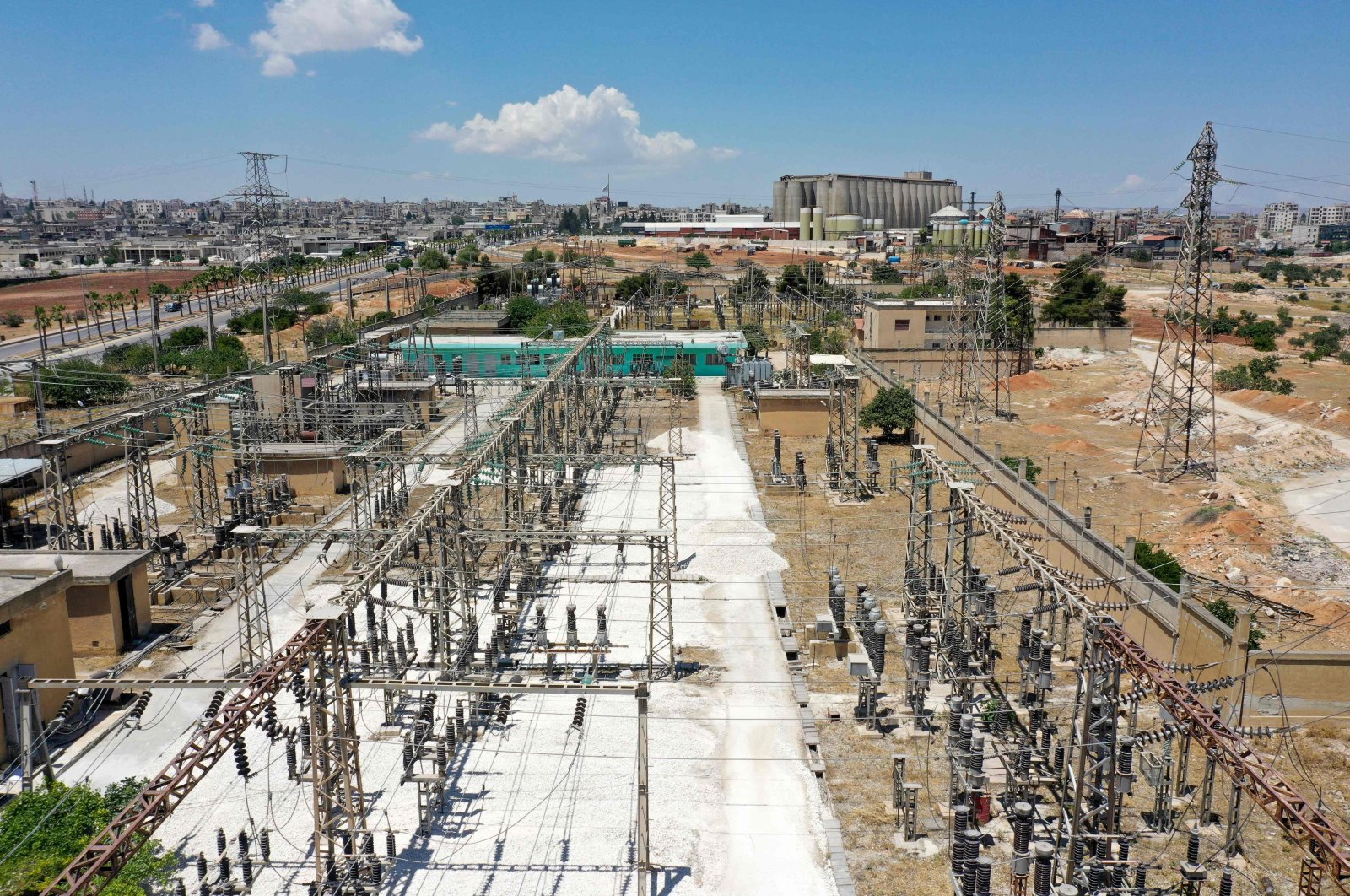 Thanks to the efforts of Turkish officials and humanitarian agencies, millions of war victims who had to flee their homes due to the Bashar Assad regime's brutal attacks now live in relatively normal conditions that give them hope for the future.

In his pastry shop in the northwest of war-torn Syria, Abu Emad can finally display his mouth-watering eclairs without fearing a power cut now that he receives electricity from neighboring Turkey.

"Electricity is the backbone of my business," said the elated 31-year-old, inside his family business in opposition-dominated Idlib city. "Without it, I can't work."

After years of squandering savings on unreliable private generators, he now pays a Syrian company Turkish lira to provide his shop with an almost continuous supply of Turkish-generated power.

His humming fridges are just one facet of Ankara's growing influence in northwest Syria, where Turkish charities are helping displaced families by building homes.

Connection to Turkish power has been life-changing for many like Abu Emad, both in Idlib city and the wider region, who have had no reliable supply since Damascus pulled the plug after the area was overrun by the opposition groups in 2012.

"Before, we'd make only one or two kinds of pastries, but now we've started making all sorts and filling up our fridges because we can keep them on again," the business owner said.

Outside the Idlib region, in areas Turkey and its Syrian proxies have seized along the border since 2016, Ankara has set up a de-facto protectorate.

Turkey backs some opposition groups inside northwestern Syria's opposition stronghold Idlib, but its troops have remained deployed strictly along its edges under a 2020 cease-fire deal with the Damascus regime and its principal backer Moscow.

Across Idlib city in recent weeks, however, men in yellow vests employed by a Syrian firm called Green Energy have been laying down cables to bring in power from Turkey.

Director Osama Abu Zeid said the company was operating with the full approval of both Ankara and the Idlib authorities.

In Idlib and some other areas near the border, Green Energy has since May been providing businesses – as well as hospitals, water stations, bakeries and flour mills – with power for more than half the day, he said.

Using existing public and private networks for now, it was also working to provide homes with 10 hours of electricity at a rate of TL 50 (approximately $6) per ampere, he said.

In recent years, residents have relied mostly on private generators, though some have also started switching to solar power.

Abu Zeid said the project now bringing in Turkish power was not politically motivated, but instead aimed to "alleviate our people's suffering" and revive the region's economy.

He also said the company had "no affiliation with the Salvation Government" running the Idlib region, and that the administration would not share in the profits.

The local authorities would only police the network, and hold accountable anyone who intentionally damaged it, he said.

'Keep the Syrians in Idlib'

On Turkey's southern doorstep, the Idlib region is home to almost three million people, two-thirds displaced from other parts of Syria during the decadeold conflict, the United Nations says.

More than half live in sprawling displacement camps along the border.

In recent months, the Turkish humanitarian agency Humanitarian Relief Foundation (IHH) has worked to transform some of these tented settlements into "villages."

By early May it had built 15,000 small cinderblock homes out of a planned total of 50,000 to be constructed by various Turkish organizations, IHH head Bulent Yildirim told the Turkish press.

Ignited in 2011 by the repression of anti-regime protests, Syria's war has killed more than 500,000 people and displaced millions from their homes.

Turkey says it has already taken in 3.7 million Syrian refugees, and could not cope with any more.

Analyst Dareen Khalifa, of the International Crisis Group, said building homes for the displaced or providing electricity in Idlib aimed "to halt a new wave of refugees" across the frontier.

"Turkey can't afford economically or politically to absorb a new wave of refugees," she said.

"They want to maintain the stalemate and keep the Syrians in Idlib on the other side of the border."

Most recently, Turkey on late Friday welcomed the U.N. Security Council’s decision to extend the resolution on cross-border humanitarian aid to Syria.