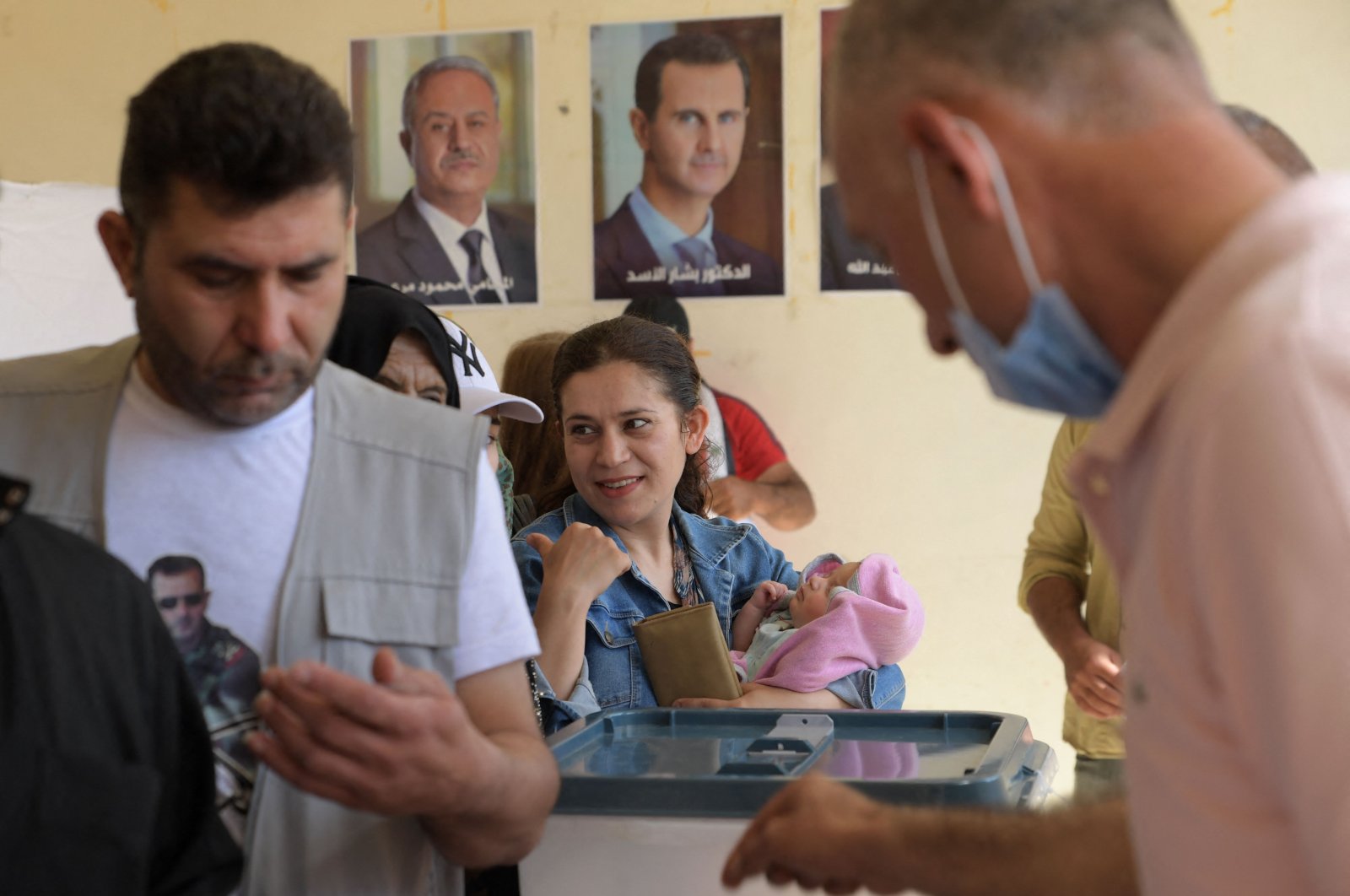 In a joint statement, top diplomats from the United States, the United Kingdom, France, Germany and Italy denounced late Tuesday the Assad regime-mandated presidential election in Syria, saying that it will neither be "free nor fair."

"We denounce the Assad regime's decision to hold an election outside of the framework described in United Nations Security Council Resolution 2254 and we support the voices of all Syrians, including civil society organizations and the Syrian opposition, who have condemned the electoral process as illegitimate."

"We, the foreign ministers of France, Germany, Italy, the United Kingdom and the United States of America wish to make clear that Syria's May 26 presidential election will neither be free nor fair," they said in a joint statement.

They called for an election in which the participation of all Syrians – including displaced citizens, refugees and diaspora – are allowed.

"Without these elements, this fraudulent election does not represent any progress towards a political settlement," said the statement.

The diplomats also urged the international community to unequivocally reject the election, which they said, is an effort by the Assad regime to regain legitimacy without ending its grave human rights violations.

In response, Assad said the state did not give any weight to Western opinions about the validity of the presidential election taking place on Wednesday.

"The value of these opinions is zero," he told reporters after casting his vote in Douma, near to the capital Damascus and the site of a chemical attack that Assad's Western foes accused Syrian regime forces of perpetrating.

On April 18, Syria's Parliament set May 26 as the date for a presidential election that is expected to keep Assad in power in the country devastated by a decade of civil war. The 55-year-old is widely expected to secure a fourth term in office by a comfortable margin in the May 26 election, which observers have already said will be far from free and fair.

Opposition groups and figures in Syria and those who had to flee the country due to the regime's oppression have declared their opposition to the "illegitimate" elections, calling it a blatant attempt by the regime to undermine the ongoing political process.

Assad has won in every election since he assumed power in 2000 as heir to his father, Hafez Assad, by rates exceeding 88%, according to official election results. The previous presidential election was held in 2014 and saw two candidates run against Assad after a constitutional amendment allowing for a multi-candidate ballot.

Since then, regime forces have clawed back swathes of territory from the opposition and terrorist elements with military help from regime allies Russia and Iran. But large parts of Syria still escape regime control and polling will not take place in those areas. They include the northwestern province of Idlib, the last opposition bastion.

Only Syrians living in regime-controlled areas or those who are living abroad and who have registered with the Syrian embassy in their country of residence are allowed to vote. Candidates must also have the backing of at least 35 members of parliament, which is dominated by Assad's Baath Party.

Syria's Supreme Constitutional Court has approved three candidates to run in the presidential race, including Assad. The two others are Abdullah Salloum, an ex-government minister, and Mohamoud Marei, an opposition figure tolerated by the regime and living in Damascus.