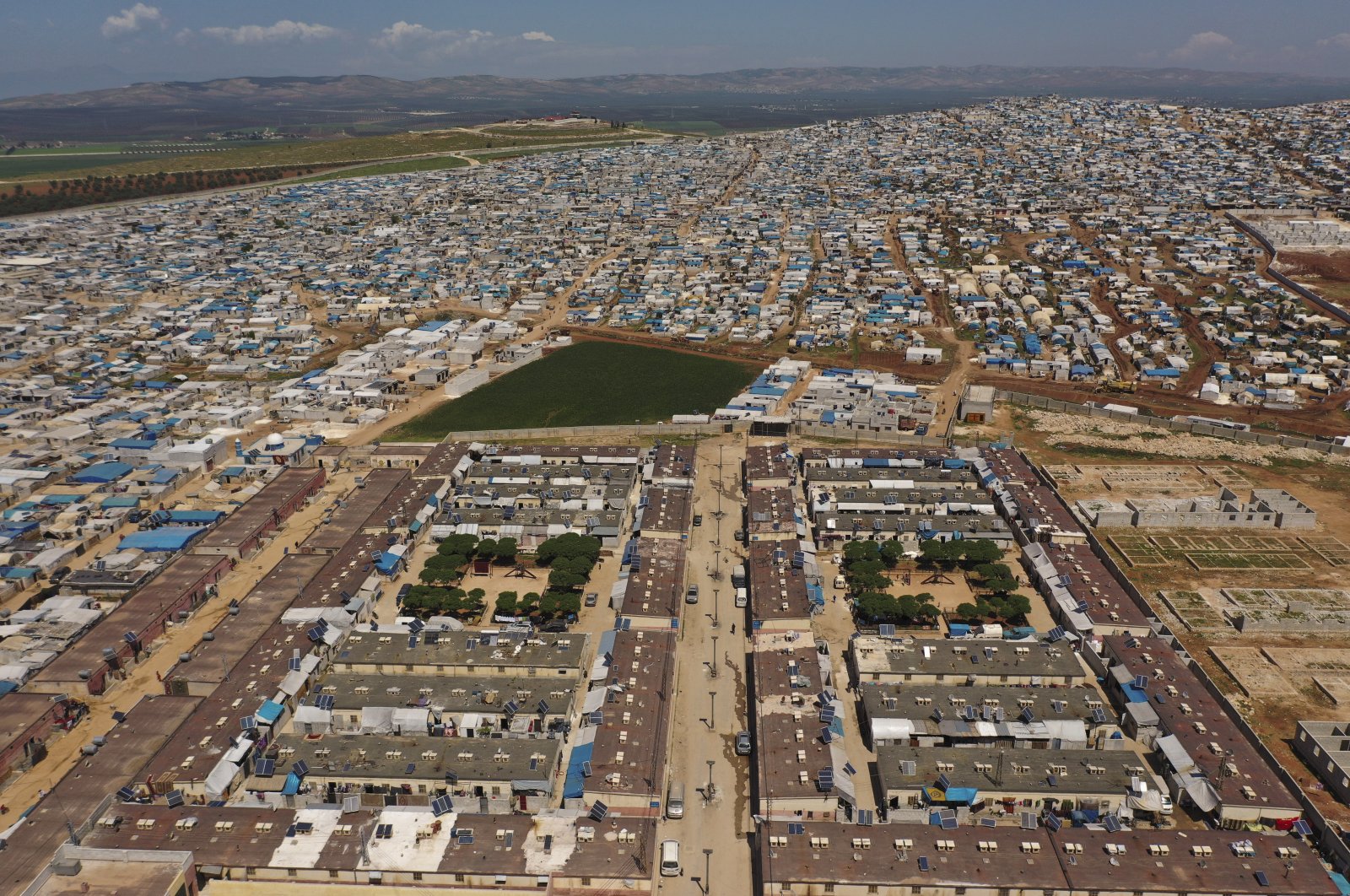 'Manipulation of aid by Syrian regime must be urgently addressed'

Russia did not make any commitment to renew a United Nations-led cross-border aid operation into northwestern Syria during the meeting between United States President Joe Biden and his Russian counterpart Vladimir Putin on Wednesday.

There is expected to be a showdown over the issue at the United Nations Security Council next month as Washington and several other members of the 15-member Security Council are pushing to expand the cross-border operation, which U.N. aid chief Mark Lowcock has described as a "lifeline" for some 3 million Syrians in the country's north.

Russia has questioned the importance of the long-running operation.

There was "no commitment, but we made clear that this was of significant importance for us if there was going to be any further cooperation on Syria," a U.S. official said following the meeting between Biden and Putin in Geneva.

The U.S. official described the upcoming renewal as a test of whether the United States and Russia could work together.

The U.N. Security Council first authorized a cross-border aid operation by U.N. and nongovernmental organizations into Syria in 2014 at four points. Last year, it reduced that access to one crossing point from Turkey due to opposition from Russia and China over renewing all four.

"For countless Syrians, this is a life-or-death vote," U.S. Ambassador to the United Nations Linda Thomas-Greenfield told U.S. lawmakers earlier on Wednesday.

Thomas-Greenfield visited the threatened Bab al-Hawa border crossing between Turkey and opposition-held northwest Syria earlier this month and warned that closing it would bring “senseless cruelty.”

In the past decade, the council has been divided over how to handle Syria, with Syrian regime ally Russia and China pitted against Western members. Russia has vetoed 16 resolutions related to Syria and was backed by China for many of those votes.

Russian forces have helped Bashar Assad’s regime survive the more than 10-year conflict, and Putin hopes to be a broker for Assad in any international reconstruction effort for that country. Russia holds the key veto on July 10 when the UNSC decides whether to extend the authorization for aid crossing from Turkey.

The Russian leader has already pressed successfully for shutting down all other international humanitarian crossings into Syria and argues that Assad should handle the distribution of any aid.

The aid crossing from Turkey into opposition-held northwest Syria serves up to 4 million people in Syria’s last remaining opposition stronghold. A decade of civil war in the Middle Eastern country has killed a half-million people, displaced half of the population, left the economy in ruins, and drawn in foreign armies and extremist groups.

Shutting down the international aid corridor and putting the Assad regime in charge of any humanitarian distribution would help position Assad as the winner in the war and Syria’s rightful ruler in the aftermath. It would also deepen the regional influence of Assad’s ally, Russia, in any rebuilding of Syria.

Opponents say the Assad regime has not hesitated to use civilian starvation and siege as a weapon in the war, and fear a destabilizing surge of refugees into neighboring Turkey if the crossing shuts down. Turkey, which already hosts close to 4 million Syrian refugees, joins the U.S. in opposing the closure of the crossing.

If Russia vetoes the reauthorization of the remaining U.N. aid corridor from Turkey to northwest Syria it will “unleash a humanitarian calamity,” Human Rights Watch (HRW) stated last week, urging the body to open full cross-border operations and further border gates as the current resolution is set to expire July 10.

'Manipulation of aid by Syrian regime must be urgently addressed'