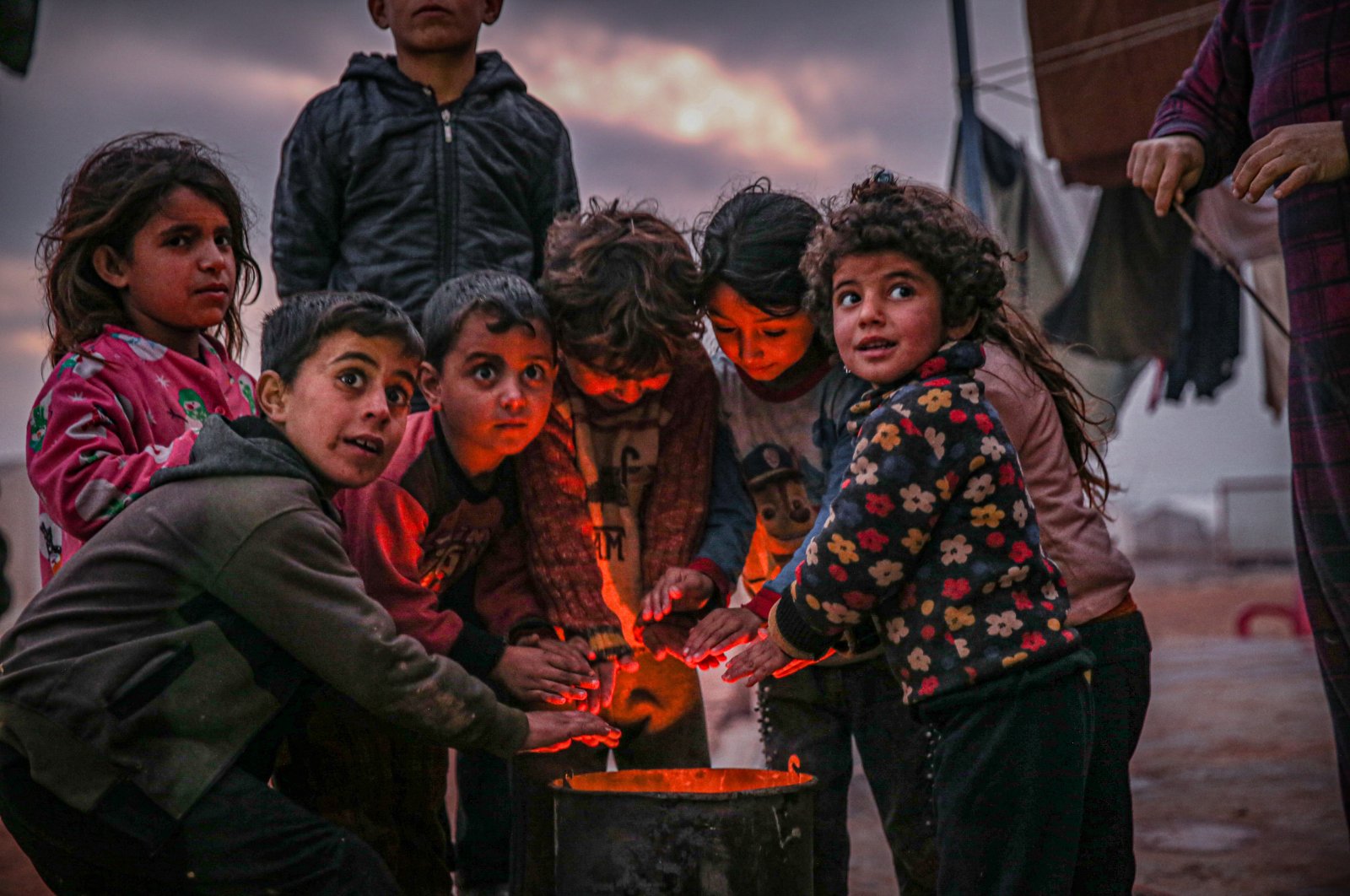 Surviving the decadelong war, the orphans in northwestern Syria's Idlib continue to receive an education, with dreams of reviving the troubled country one day.

"The fact that many people have been homeless during the course of the war has troubled me a lot. That is why I decided to become a civil engineer. After I complete my education, I will build houses in Syria and aid homeless people," said 9-year-old Ğays Şehe, one of the orphans who are staying at an orphanage made by Turkish institutions.

Sheher lost his father, Abdulhekim, three years ago in Hama to the constant regime bombardment. Following this incident, Sheher, along with his mother, had to settle in Taybe orphanage, which is operated by the Turkish Red Crescent (Kızılay) in Idlib. Despite the difficult circumstances in the region, Seher continues his education with determination, hoping for a better life.

Sheher's mother Kifah Sheher also expressed to Ihlas News Agency (IHA) that after years of troubles, they finally had a secure environment in the orphanage.

"If the war comes to an end one day, we would like to go back to where we were living before," Kifah said, remembering their beautiful memories in Hama.

Since December 2019, almost a million people have fled the Bashar Assad regime’s offensive on Idlib, considered the last opposition bastion, with many seeking refuge in overcrowded tent camps near the Turkish border. A fragile truce was brokered between Moscow and Ankara in March 2020 in response to the months of fighting by the Russia-backed forces, but the regime still frequently carries out attacks on civilians, hindering most from returning to their homes, forcing them to seek safety at makeshift camps.

Children are especially vulnerable in the region where the harsh weather conditions are making life worse than it ever was before.

In order to make the conditions in Idlib more tolerable, Turkey's SAR aid association delivered 250 coats to the Syrian children living in Idlib camps on Monday.

Based in the southern province of Hatay, the foundation pledged that their aid to the children in the region will continue.

"Since the beginning of the war, we have tried to be there for the Syrian children. In the winter, we don't want our children to get cold," said the deputy head of the foundation, Sua Abdulcelil, to Anadolu Agency (AA).

The lives of Syrian people dealing with many difficulties in rural Idlib's tent camps have become much harder due to the recent winter conditions. As the humanitarian catastrophe in the region has reached new heights, people try to survive by taking shelter under trees or in shaky tents built on mud and puddles. Being aware of the struggles the Syrians face, Turkish aid agencies keep providing vital humanitarian aid and conducting humanitarian efforts in the region hosting nearly 4 million people.

Launched on Jan. 13, 2020, in coordination with Turkey's Disaster and Emergency Management Presidency (AFAD), the "We are together, We are siding with Idlib" aid campaign received major support from other Turkish aid organizations, including from the Turkish Red Crescent, the Humanitarian Relief Foundation (IHH), the Sadakataşı Association, the Türkiye Diyanet Foundation and many more. Apart from the aid organizations, Turkish people have also contributed heavily to the project, providing more than TL 1 billion ($140 million) in cash so far.

On Thursday, the Interior Ministry provided a press visit to the Meşhet Ruhin and Der Hassan districts of Idlib, where the construction of the briquette houses has been completed for the most part. The homes are already hosting their first residents.

Currently, the construction is ongoing in 124 different locations in Idlib, and a total of 27,665 houses have been completed so far, 17,553 of which have already been inhabited.