US forces in Syria focus on Daesh fight, not guarding oil fields 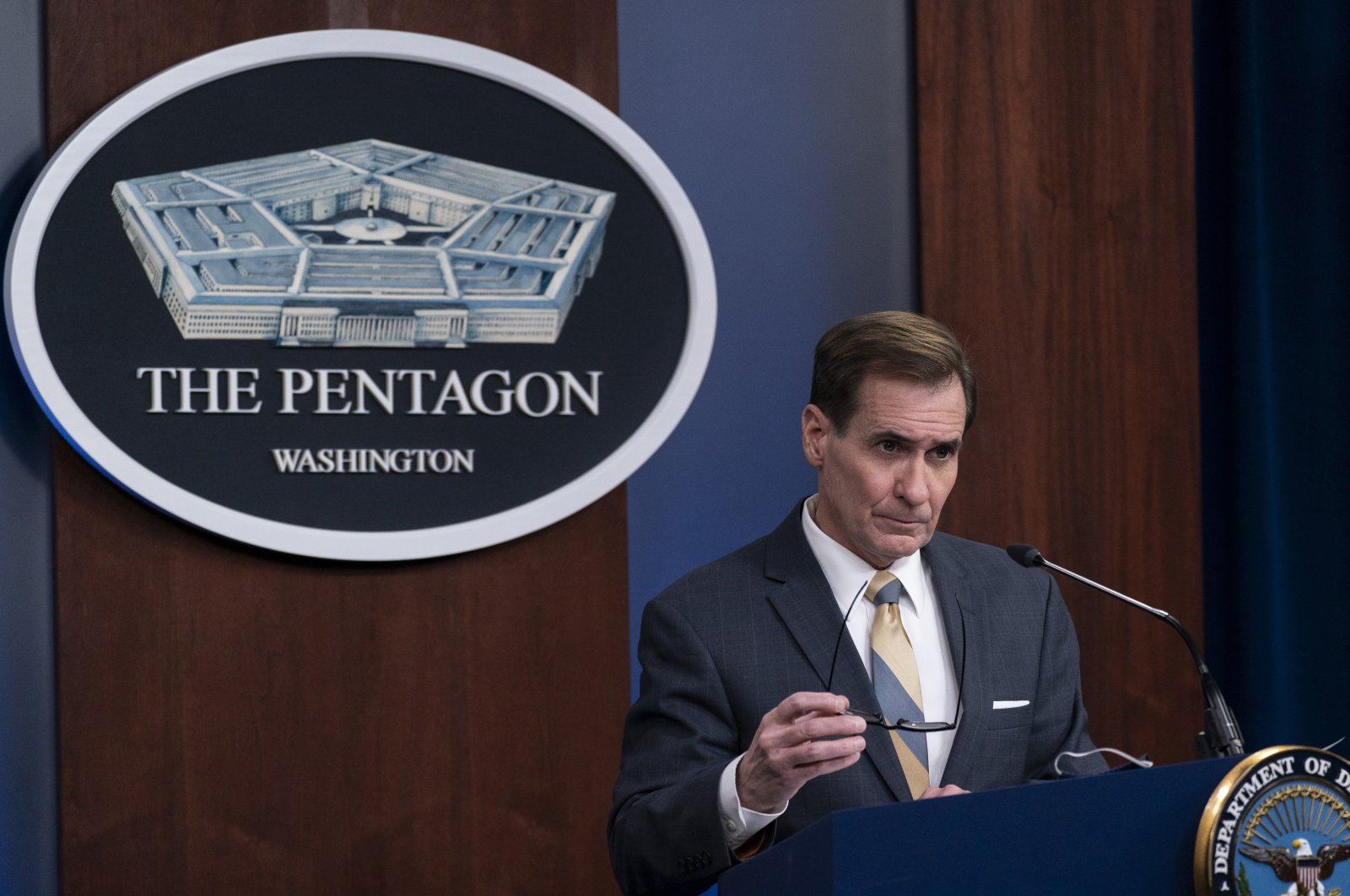 U.S. forces in Syria focused on fighting the remnants of the Daesh terrorist group are neglecting to guard the oil fields as previously ordered by former U.S. President Donald Trump, a defense official from Washington said Monday.

The 900 U.S. military personnel and contractors in the region "are not authorized to provide assistance to any other private company, including its employees or agents, seeking to develop oil resources in Syria," said Kirby, as quoted by Agence France-Presse (AFP).

The only exception is when U.S. troops in Syria are operating under existing authorizations to protect civilians, he said, which could explain the continuing presence of U.S. forces in the regions surrounding the oil fields.

"It's important to remember that our mission there remains to enable the enduring defeat of ISIS," he said, referring to Daesh.

The shift marks a change in tone from the new administration, straying from Trump's policies on the decadelong Syrian civil war.

The main oil fields are in a territory in the country's northeast, a region where the YPG terrorists hold sway and depend on the oil for income.

In 2019, after Daesh was crushed by U.S. and allied forces, Trump declared that U.S. troops would mostly withdraw from the country, leaving behind a residual force to "protect" the oil.

U.S. officials said at the time that they were there to prevent the oil fields from falling into the hands of extremists.

The next year a previously unknown U.S. oil company, Delta Crescent Energy, signed a deal with the YPG forces to exploit the oil deposits.

The Turkish Foreign Ministry had condemned the agreement and declared that the firm was “financing terrorism,” underlining that the country’s natural resources belong to the Syrian people.

The U.S. also warned on Monday that the dire humanitarian conditions at a northern Syrian detention facility used to house the families of Daesh fighters risks becoming the breeding ground for the terrorist group's next-generation if the situation is not improved.

Addressing a Washington-based think tank virtually, Central Command head Gen. Kenneth McKenzie said the conditions at al-Hol are at a breaking point, with about 62,000 people being held there, most of them women and children, amid "difficult, even dangerous conditions."

McKenzie warned that in the short term, the overcrowding makes the camp's detainees extremely vulnerable to public health crises, cautioning that an outbreak of cholera or COVID-19 could lead to "a massive loss of human life."

Some two-thirds of the camp's residents are under the age of 18, with over half less than 12 years old, and McKenzie warned that remaining in al-Hol risks their "systemic indoctrination to ISIS' ideology."

"This is an alarming development with potentially generational implications, and to be clear: There is no military solution to this problem," he said.

"Unless the international community finds a way to repatriate, reintegrate into home communities and support locally grown reconciliation programs we will bear witness to the indoctrination of the next generation of ISIS as these children become radicalized," he added as quoted by Anadolu Agency (AA).

The U.S. has long urged nations to repatriate their nationals who are currently in al-Hol, but little progress has been made due to staunch opposition to their return in several countries.

On the broader fight against Daesh, McKenzie said the terrorist group's territorial defeat does not mean it no longer poses a threat, saying it has "gone to ground" while it remains committed to waging an insurgency in Iraq and Syria.

"ISIS is a learning and adaptable extremist organization still committed to its murderous vision," he said, noting a twin suicide bombing in Baghdad in January claimed by Daesh. "We will need to maintain constant vigilance to defend against the threat of ISIS."