Washington to end waiver for US company's oil partnership with YPG 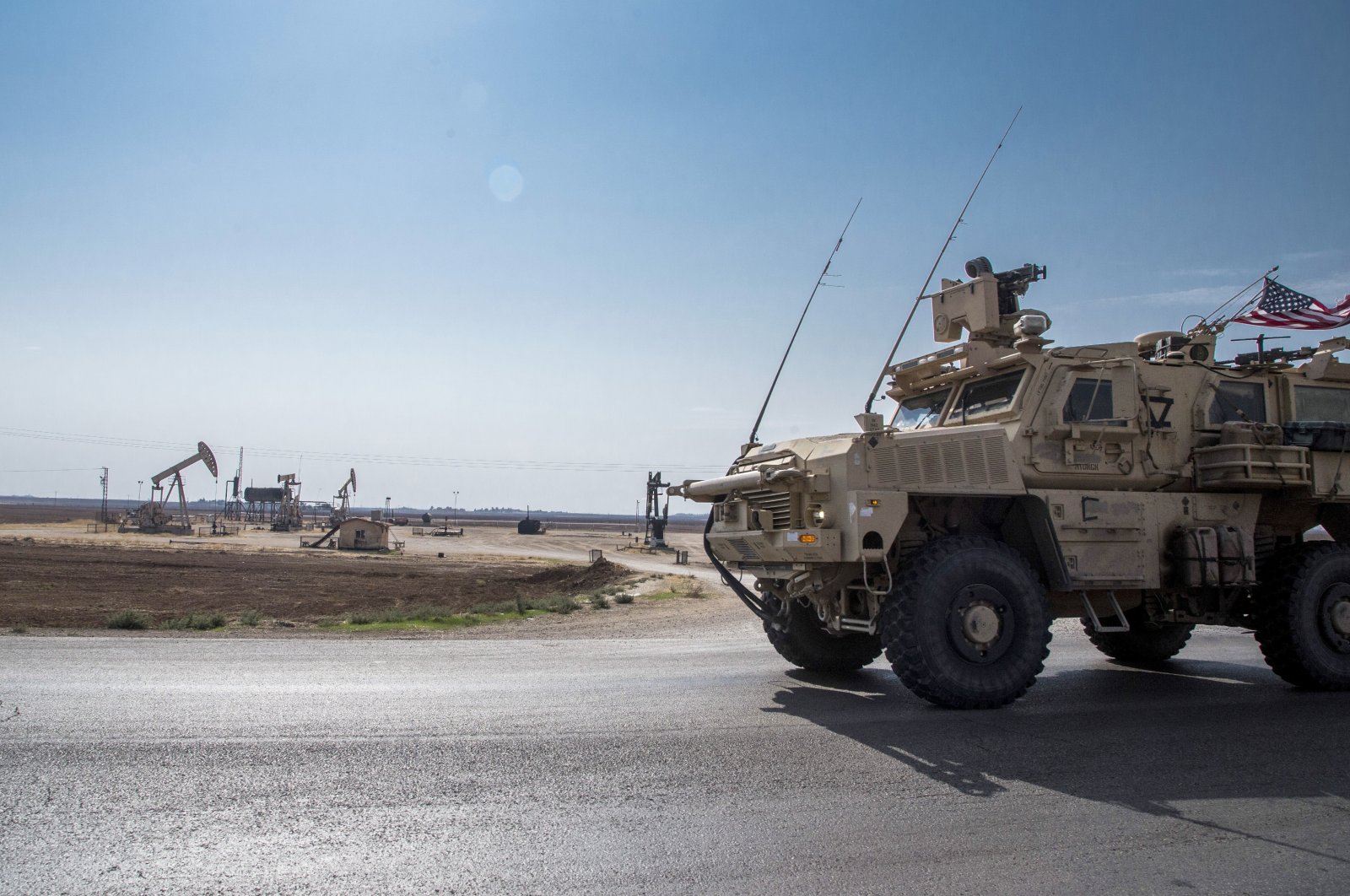 The Biden administration has decided to terminate the former Trump administration's waiver allowing for an American company to operate in the PKK terrorist group's Syrian branch YPG-controlled oil sector in northeastern Syria, according to a report published Thursday.

Rather than renewing the license for Delta Crescent Energy (DCE) to operate in the war-torn country's northeast, U.S. President Joe Biden has chosen to let it lapse in a departure from ex-President Donald Trump's policy to "keep the oil" in Syria's petroleum-rich region, The Associated Press (AP) reported.

Trump's “keep the oil” message is no longer U.S. foreign policy under the Biden administration, and using the U.S. military to facilitate Syrian oil production was deemed inappropriate, according to an official, who was not authorized to publicly discuss the decision and spoke on condition of anonymity.

Trump repeatedly spoke of keeping some U.S. troops in Syria to help “keep the oil" and “secure the oil," but his aides sought to dispel the idea the U.S. was trying to profit from the region's oil reserves. After DCE's Office of Foreign Assets Control (OFAC) license became public last August, the State Department issued a statement in which it underscored that the “United States government does not own, control or manage the oil resources in Syria."

Jack Dorrier, one of the oil firm's three co-founders, told the AP that DCE had roughly $2 billion in contracts to sell oil from northeast Syria to international buyers that he said would benefit U.S. allies in the fight to defeat the Daesh terror group.

He said presidential orders issued under former President Barack Obama prompted companies to apply for waivers to operate in several Syrian sectors, including oil and gas.

"If the Biden Administration chooses not to renew the OFAC license, it will be a substantial change in policy that does not support Coalition Allies who fought and died to eliminate (Daesh)," Dorrier said in a statement.

"Depriving our Allies of the opportunity for sanctions relief on critical infrastructure as laid out by the Obama administration would, in effect, turn the North and East of Syria over to Russian, Regime and Iranian forces," he added. Dorrier also said Trump’s “keep the oil” message “was hyperbole, not policy.”

Northeastern Syria is the center of what remains of Syria’s oil industry. It is in shambles but remains one of the main sources of revenues for the YPG-led so-called autonomous administration there. The region is controlled by the YPG, a designated terrorist group in the U.S., EU and Turkey.

The Turkish Foreign Ministry last year condemned the oil agreement between the American company and the terrorist YPG in northern Syria for “financing terrorism,” saying that the country’s natural resources belong to the Syrian people.

In a statement, the Foreign Ministry said the YPG’s move has clearly shown its goal is to divide Syria and exploit its natural resources. The ministry also criticized the U.S. government for supporting the deal, which disregards international law and Syria’s territorial integrity, unity and sovereignty and finances terrorism.

The U.S. support for the YPG in Syria has become one of the stumbling blocks in bilateral ties between the two NATO allies. Turkey strongly opposes the YPG’s presence in northern Syria. After announcing the withdrawal of U.S. troops from Syria twice, Trump has added more complexity to the American military's mission in the region by claiming a right to Syria's oil.

The U.S. has primarily partnered with the YPG in northeastern Syria in the fight against Daesh. The U.S. has provided military training and thousands of truckloads of weaponry to the terrorist group, despite its NATO ally’s security concerns.

Biden administration officials, during a visit this month to northeast Syria, stressed to YPG terrorists overseeing the area that the U.S. military presence was exclusively focused on preventing a Daesh resurgence, according to a State Department official who was not authorized the discuss the matter publicly and spoke on condition of anonymity.

The U.S. decision to allow an American company to refine and market oil was denounced by Bashar Assad’s regime and ally Russia after it became public last August, not long after then-Secretary of State Mike Pompeo acknowledged during a congressional hearing that the YPG terrorists in northeast Syria had come to an agreement with an American oil company. Trump became focused on northeastern Syria’s oil in October 2019 after he abruptly announced his intention to draw down U.S. troops deployed against Daesh in the area.

At the time, President Recep Tayyip Erdoğan had been pressing Trump to withdraw troops from the region and Turkey launched Operation Peace Spring to eliminate YPG terrorists from the area east of the Euphrates River in northern Syria to secure Turkey's borders, aid in the safe return of Syrian refugees and ensure Syria's territorial integrity.

Besides Operation Peace Spring, Turkey carried out two other cross-border operations west of the Euphrates River – Operation Euphrates Shield in August 2016 and Operation Olive Branch in January 2018 – to drive out terrorists, including the YPG and Daesh, from its borders.

While Turkey liberated northwestern territories from Daesh, it also prevented the YPG from establishing a de facto autonomous region in Syria connecting northwestern Afrin to Kobani (Ain al-Arab) and Jazeera in the northeast, which Ankara describes as a "terror corridor" posing a grave security threat to Turkey's national security.

But when advisers floated the idea of keeping some troops in northeastern Syria to guard oil fields, it resonated with Trump. It also presented U.S. military commanders – wary of entirely leaving the area – with a way to keep some troops in place.

Still, Trump repeatedly said in remarks to reporters and on his Twitter account that U.S. troops were staying in Syria to keep and protect northeast Syria’s deep oil reserves.

“We stayed back and kept the oil,” Trump told reporters in November 2019. “Other people can patrol the border of Syria ... and Turkey. Let them. They’ve been fighting for a thousand years. Let them do the border. We don’t want to do that. We want to bring our soldiers home. But we did leave soldiers because we’re keeping the oil. I like oil. We’re keeping the oil.”