With or without China: Scientists seek new COVID-19 origin probe 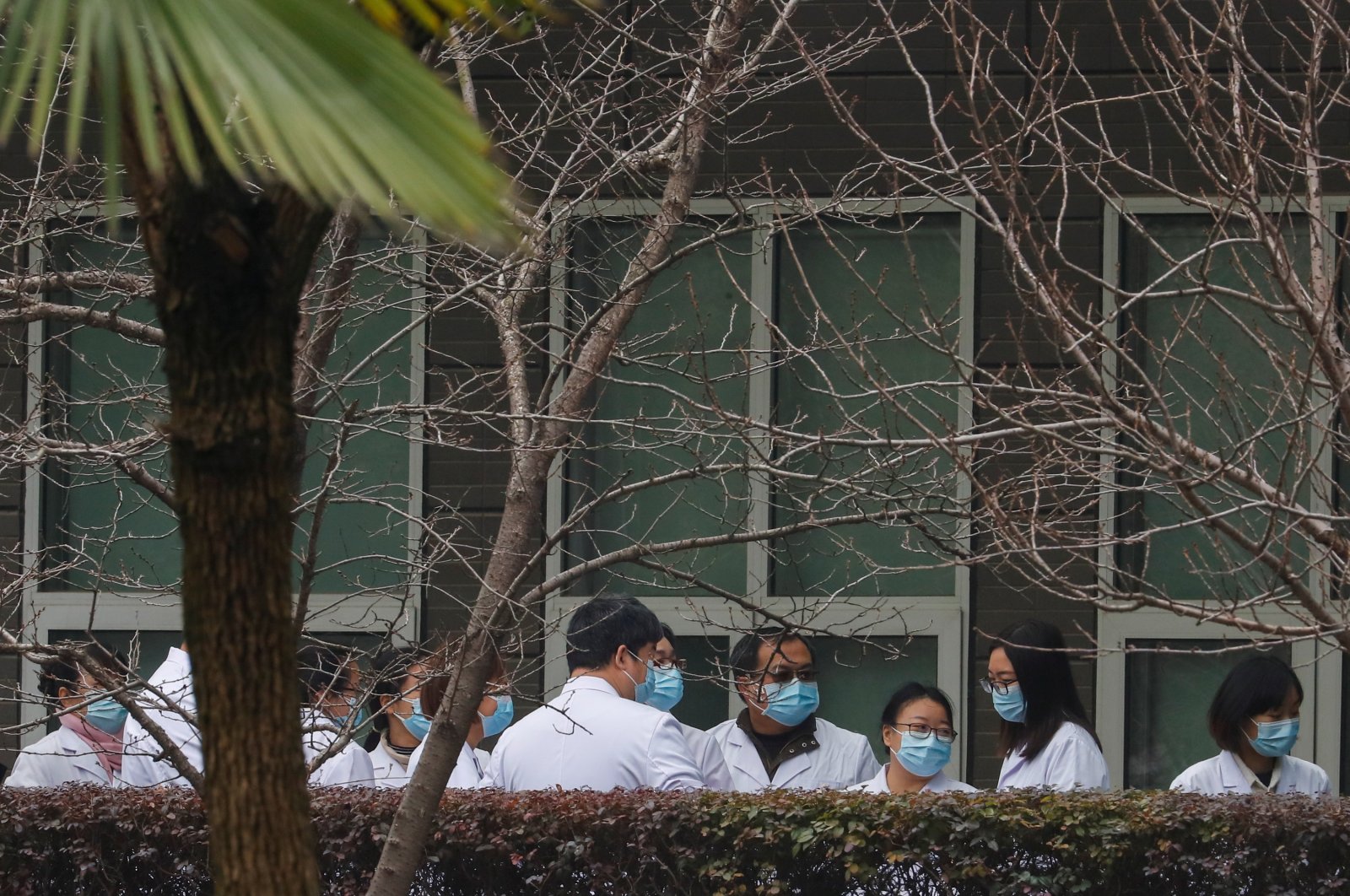 Chinese scientists and officials in lab coats wait at the Hubei Animal Epidemic Disease Prevention and Control Center during a visit of a team of the World Health Organization (WHO), tasked with investigating the origins of the coronavirus disease (COVID-19), in Wuhan, Hubei province, China, Feb. 2, 2021. (Reuters Photo)
by REUTERS Apr 08, 2021 5:01 pm
RECOMMENDED

A group of international scientists Wednesday called for new investigations into the origins of the coronavirus that caused the COVID-19 pandemic after a joint China-World Health Organization (WHO) study provided no credible answers about where the virus came from.

The joint study, released last week, said the likeliest transmission route for SARS-CoV-2, the virus that causes COVID-19, involved bats and other wildlife. It all but ruled out the possibility it had leaked from a laboratory.

In an open letter, 24 scientists and researchers from Europe, the United States, Australia and Japan said the study was tainted by politics.

"Their starting point was, let's have as much compromise as is required to get some minimal cooperation from China," said Jamie Metzl, senior fellow at the Atlantic Council think tank, who led the drafting process for the letter.

The study's conclusions were based on unpublished Chinese research, while critical records and biological samples "remain inaccessible," the letter said.

Claims by WHO Director General Tedros Adhanon Ghebreyesus that China has withheld data have been rejected by Liang Wannian, China's senior COVID-19 expert. Liang also appeared to rule out any further joint investigations in China.

Metzl said the world might have to "revert to Plan B" and conduct further investigations without China's involvement.

China has rejected allegations that SARS-CoV-2 leaked from a research laboratory in Wuhan, the city where COVID-19 was first identified.

The joint China-WHO study said the lab leak theory was "extremely unlikely," saying there was "no record" that any laboratory had kept SARS-CoV-2-related viruses. Tedros said more research was required to "reach more robust conclusions" and

But Metzl said China should disclose information that would allow the lab-leak hypothesis to be disproved.

"China has databases of what viruses were being held... there are lab notes of the work that was being done," he said.

Responding to the letter on Thursday, foreign ministry spokesperson Zhao Lijian said its "purpose was self-evident" and that countries like the United States, not China, were guilty of politicizing the inquiry into COVID-19's origins.

"They insist on politicizing the issue of traceability, damaging and disrupting China's cooperation with the WHO, discrediting China and publicly challenging the independence and scientific conclusions of scientists," he said.