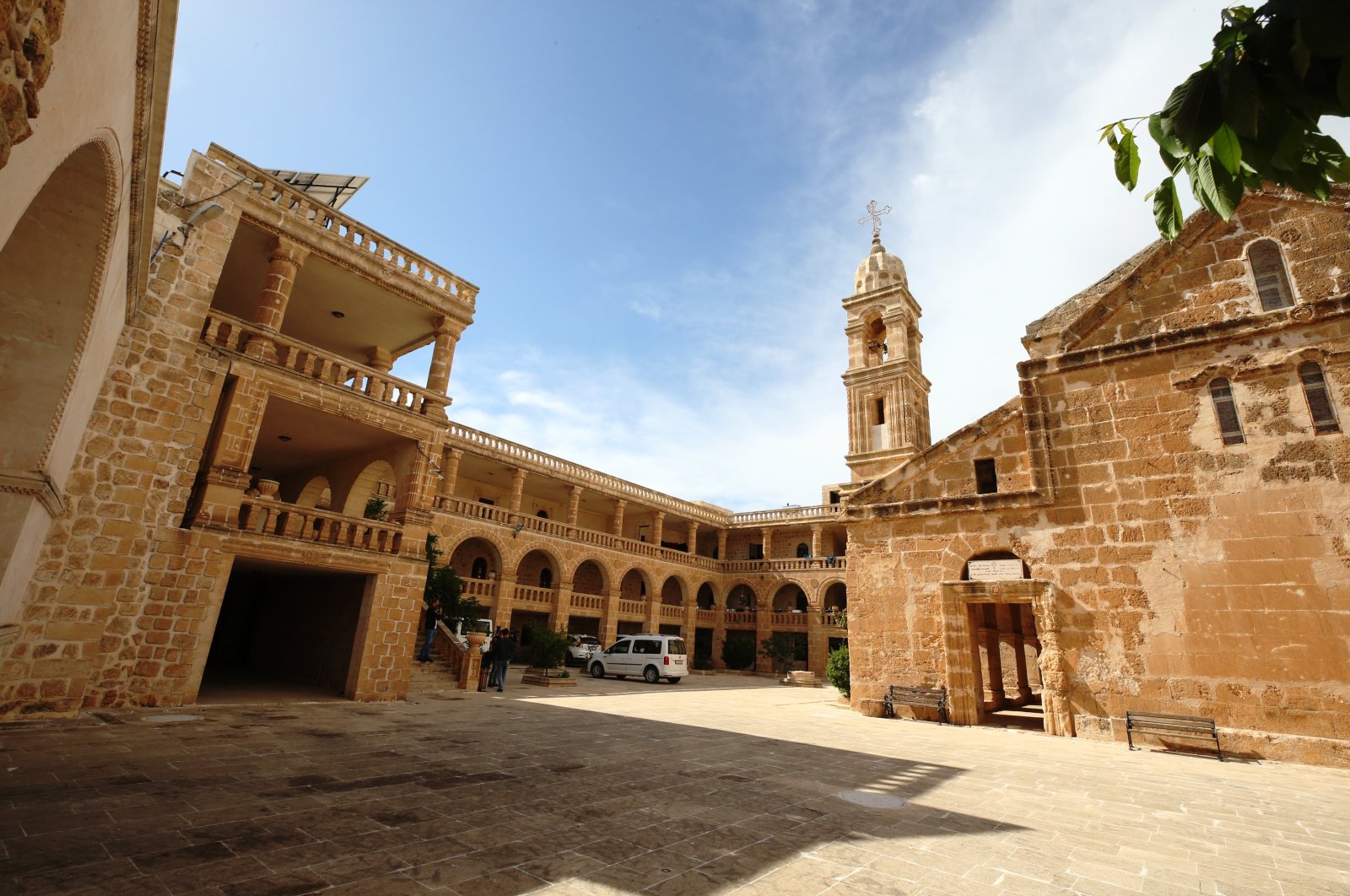 While the town of Kemaliye stands out with its unique urban texture, architecture and original settlements, the Tur Abdin region presents early examples of monastic architecture witnessing the emergence of a new and unique architectural language that can be associated with the Syriac Orthodox community

The historical town of Kemaliye (Eğin) in eastern Erzincan province, and the late antique and medieval churches and monasteries of Midyat and the surrounding area (Tur Abdin) in southeastern Mardin province were added to UNESCO’s World Heritage Tentative List last week, increasing Turkey’s cultural assets on the list to 85. The addition of the sites to the UNESCO list, which created a stir in Erzincan and Mardin provinces, is expected to increase nature, religious and cultural tourism in the regions.

While we are mostly confined indoors due to the global COVID-19 pandemic, let’s discover these two sites’ historical backgrounds with a comprehensive guide from the comfort of our homes. Who knows? Maybe you will be inspired to visit these mesmerizing places in the post-pandemic period after reading more about them.

Throughout history, the archaic cities of Anatolia largely settled close to the Euphrates, the longest river in Southwest Asia. As one of those historical settlements, Kemaliye lies in the Upper Euphrates and is surrounded by the Munzur Mountains, an extension of the central Taurus Mountains in the east and by the Mount Yama in the west. The Karasu tributary of the Euphrates flows through the east of the town.

Kemaliye has been able to survive to date with its original texture. Although it is not known exactly when the town was founded, it is estimated that its establishment dates back to the 10th-11th centuries. However, the site of Kemaliye had hosted diverse settlements since ancient times. The Persians and Byzantines had ruled the region of the town during the Middle Ages, while Seljuks took over the reign following their victory over the Byzantine Empire in the Battle of Manzikert on Aug. 26, 1071, which opened the doors of Anatolia to the Turkmens. When the town was incorporated into the Ottoman Empire during the reign of Mehmed I (1413-1421), it was turned into a commercial hub as it was on the Silk Road and caravan routes.

According to UNESCO's website, Kemaliye has a cultural and natural landscape bearing testimony to 600 years of Ottoman-Anatolian urbanism and architectural texture. Karanlık (Dark) Canyon, Taş Yol (Stone Road) and Kemaliye houses support this assertion of the organization. Karanlık Canyon is one of the largest canyons in the world and among the five deepest. Standing out with its geological formation, it hosts local and foreign tourists, especially adrenaline junkies. The canyon offers many exciting activities such as base jumping, rock climbing, boat rides and wingsuit activities.

The 7-kilometer (4.5-mile) Taş Yol with its 38 tunnels also offers exquisite scenes for adventure lovers along Karanlık Canyon, which consists of 400 to 500 meters (1,300-1,650 feet) of steep rocky cliffs on both sides. The construction of the road, built by carving hard rock to connect Kemaliye to central Anatolia, was started in 1870. It was completed by locals using primitive methods. Although the road was big enough for pedestrians at the beginning, it was expanded to be wide enough for vehicles over time. UNESCO evaluates the construction of the road as an "exceptional example of creative human genius."

The road is categorized as one of the most dangerous roads in the world. Therefore, it is mostly preferred by adventure seekers. Despite the dangerous journey made either on foot or by vehicle, the road always captivates visitors with its surrounding natural beauty.

The houses of Kemaliye are also of remarkable beauty and one of the essential elements of the authentic atmosphere of the town. Traditional house architecture differs from region to region in line with the climatic and geographical factors in Turkey. For example, wood-frame houses are common in the Black Sea region, adobe houses are preferred in Central Anatolia. The durable timber is available in the Black Sea region's natural environment, while adobe houses are appropriate for rural areas where rainfall intensity is low, like central Anatolia.

However, the houses of Kemaliye are different from those normally found in Anatolia. The houses are mostly built with stone and wood. The use of wood and stone for regional architecture may sound normal, but it actually points out that Kemaliye synthesizes the characteristics of the regions to which they have borders in the construction of its houses. Kemaliye features no forestland in its natural environment to supply timber. Even the closest forest to the town, Refahiye, has no direct connection to Kemaliye.

The main floors of two, three or four-story Kemaliye houses are built with stone, while the remaining floors are constructed with durable timber, which means wood is the most significant component of the local architecture in the town. According to research, the timber of the houses was transported from forests in Refahiye via the Euphrates. While the wooden houses add historical texture to the appearance of Kemaliye, the development of such architecture despite the difficulty of transportation created a more authentic ambiance.

On track of Syriac architecture

Tur Abdin means “the Mountain of the Servants of God” in Syriac and it is a hilly region in southeastern Turkey. The limestone plateau of Tur Abdin includes Midyat district, the eastern part of Mardin province and is bordered by the River Tigris to the west. The region is famed since late antiquity for its Christian churches and monasteries. According to UNESCO, the rural landscape of the region covers 80 villages with approximately 100 churches and 70 monasteries.

The churches and monasteries of Tur Abdin belong to the Syriac Orthodox community that has been living here since the seventh century. As the Imperial Church of the Byzantine Empire considered the Syriac Orthodox Church heretic, the Syriac Orthodox population began building their religious temples in rural areas. The secluded region of Tur Abdin was so suitable for them to develop their religious hierarchy. When control of the region passed to the Arabs following the Islamic conquests of the seventh century, Syriacs started to live in a more tolerant environment comparted to the earlier period.

The religious architecture of the region is actually the main reason for its inclusion in the UNESCO tentative list. Although the region is home to a myriad of churches and monasteries, only four monasteries and five churches are selected for nomination. The reason for their selection is their common features providing an understanding of the character of the region as a whole. Let's learn more about these religious structures.