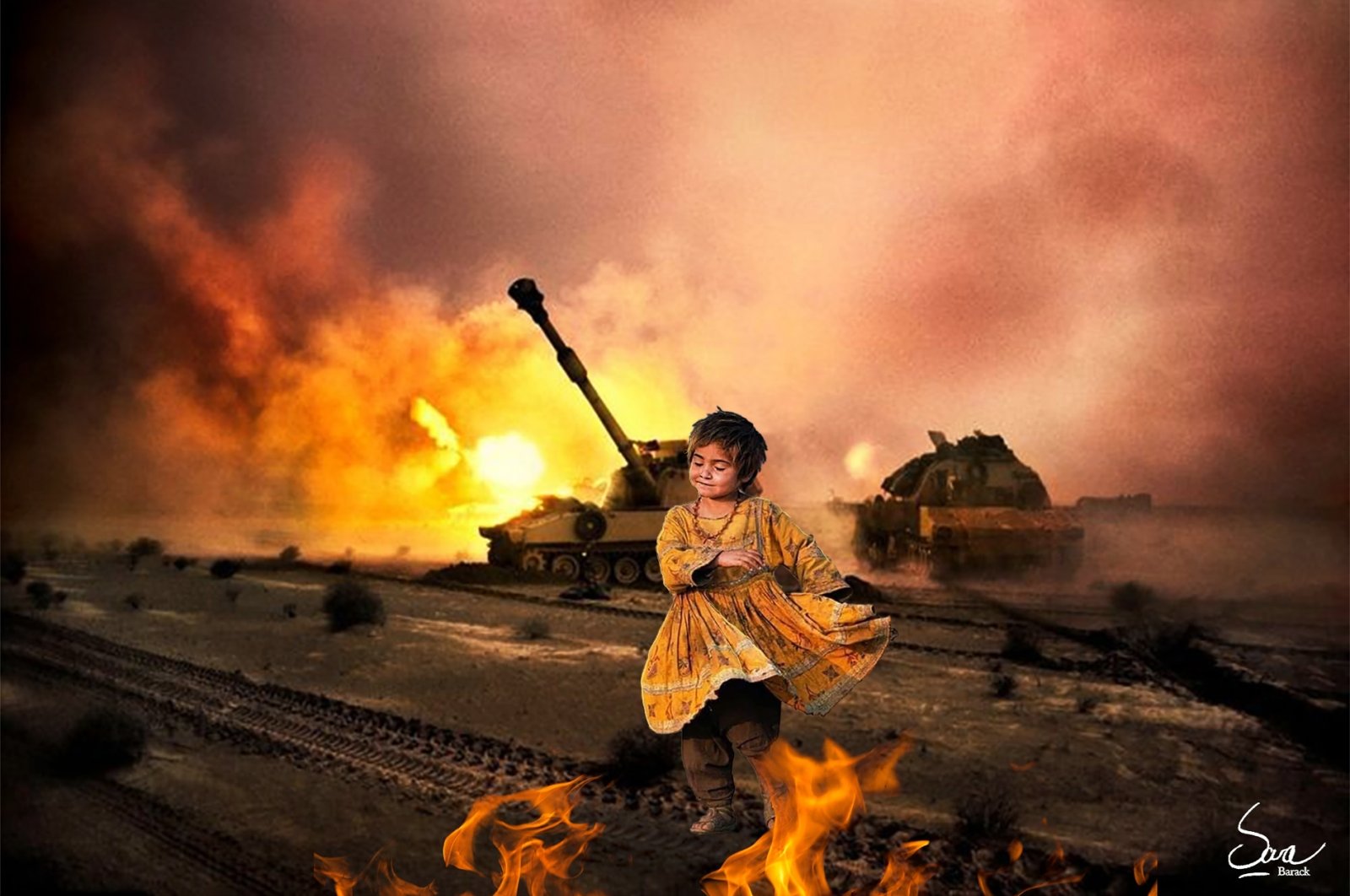 Becoming the first female animation artist and illustrator in Afghanistan after the education she received in Turkey, Sara Barackzay helps to inspire hundreds of women in her country

Sara Barackzay, the first female animator and illustrator in Afghanistan, continues her struggle for digital art in Turkey while setting an example for hundreds of women in her country interested in learning about animation, illustration and graphic design.

Born in Herat, a historic city in western Afghanistan known for its artistic architecture, Barackzay, 27, spent her childhood and youth amid the devastating consequences of the war in Afghanistan, which broke out in the country when she was 7 following the U.S. invasion.

During her high school years, Barackzay started to depict some characters in the cartoons she had watched and the atmosphere of her country to the digital environment through her drawings. After high school, she applied to the Turkish Scholarships program and was admitted to the Department of Cartoon and Animation, Faculty of Fine Arts, Design and Architecture in Başkent University in Istanbul.

Barackzay, who strove to learn digital arts under difficult conditions in her country, improved her talent through further training in Turkey. While continuing her education at the university, she also held over 30 animation and illustration courses in Afghanistan when she went there. More recently, the artist has continued giving the courses online.

Through these courses, Barackzay has introduced hundreds of women to digital art. She has become Afghanistan’s first female animation artist thanks to her achievements against all odds.

Following her university education, she started children’s book projects with the United Nations International Children’s Emergency Fund (UNICEF) and UNESCO and maintained them in the capital Ankara and Istanbul in Turkey. She seeks to produce content for world-famous animation studios such as Pixar and Disney and opened a department of digital design and animation in Afghanistan.

Barackzay spoke to Anadolu Agency (AA) about the process and dreams that led her to become Afghanistan’s first female animator. Stating that she was born in the city of Herat and had a challenging childhood due to the environment of insecurity in her country, Barackzay said: “The schools are still blown up in my country. Girls have dreams and goals, but there are problems with their going to school. The war environment makes this situation even more difficult. The girls are trying to achieve them against all odds and one of them is me. Despite all these problems, I want to achieve my dreams. My parents also help me a lot.”

Indicating that she began to develop an interest in art and design at the age of 4 or 5, Barackzay continued: “As Afghanistan lacks an environment of confidence, people cannot easily achieve their goals. I have loved art and design since I was a kid. I started drawing myself. Unfortunately, this kind of art is underrated while fields like medicine and engineering are valued more in Afghanistan. When I was a kid, I wanted to study art. I have faced a lot of obstacles, but I have not given up.”

Barackzay stated that she took an art class to attain her goal of mastering in animation and cartoons, adding: “This field, as well as the media, is poor in Afghanistan. People say that girls shouldn’t do this kind of works. However, animation and cartoons have always been my biggest dream. I wanted my drawings to move and talk. I worked for this and won the Turkish Scholarships program.”

Underlining that the training she received in Turkey has brought her one step closer to achieving her dreams, Barackzay noted: “During my years in Afghanistan, I tried to introduce and teach painting, animation and illustration especially to women. After coming to Turkey, I learned this area thoroughly. In the following period, I opened a lot of courses in Afghanistan and trained women. I have held 30 face-to-face and online courses. I designed cartoons and children’s books for my country. I drew in cooperation with UNESCO and UNICEF, and these books were distributed at schools.”

Stating that she went through difficult situations, Barackzay continued: “When I started animation, they were mocking my work. It was widely known in my country. I wanted to teach, but the students did not show up. Sometimes the power went out, and there was no place to teach. The parents did not let the girls come. But we are slowly overcoming these obstacles. We even managed to work in the dark without electricity. We formed the first animation team in Afghanistan. There are now 400 students in this group. I am very happy because we can finally design animations and books together,” she expressed.

Pointing out that the children’s books drawings she prepared for UNICEF reach children who cannot go to school, Barackzay stated that she made simple drawings that can be understood by children, especially ones to combat the coronavirus pandemic.

Thanking Turkey for its role in her becoming the first female animator and digital designer in Afghanistan, Barackzay said: “I could study in this field and realize my dream thanks to Turkey. I seek to expand the field of animation and cartoons and establish a studio in Afghanistan now. I want to work with other countries as well as with Pixar and Disney. I want to introduce and teach in this field, especially for girls, in our country. I aim to open a digital design and animation department in Afghanistan.”

Barackzay lastly said that Istanbul is an important source of inspiration for works of art, continuing: “Istanbul is the city that inspired my art the most. It is beautiful with its historical places like the Hagia Sophia Grand Mosque, sea and nature. After seeing these, one wants to be an artist because Istanbul itself is like a work of art. I am very happy to live in Turkey.”