Art and science of face-body reading in Ottoman period 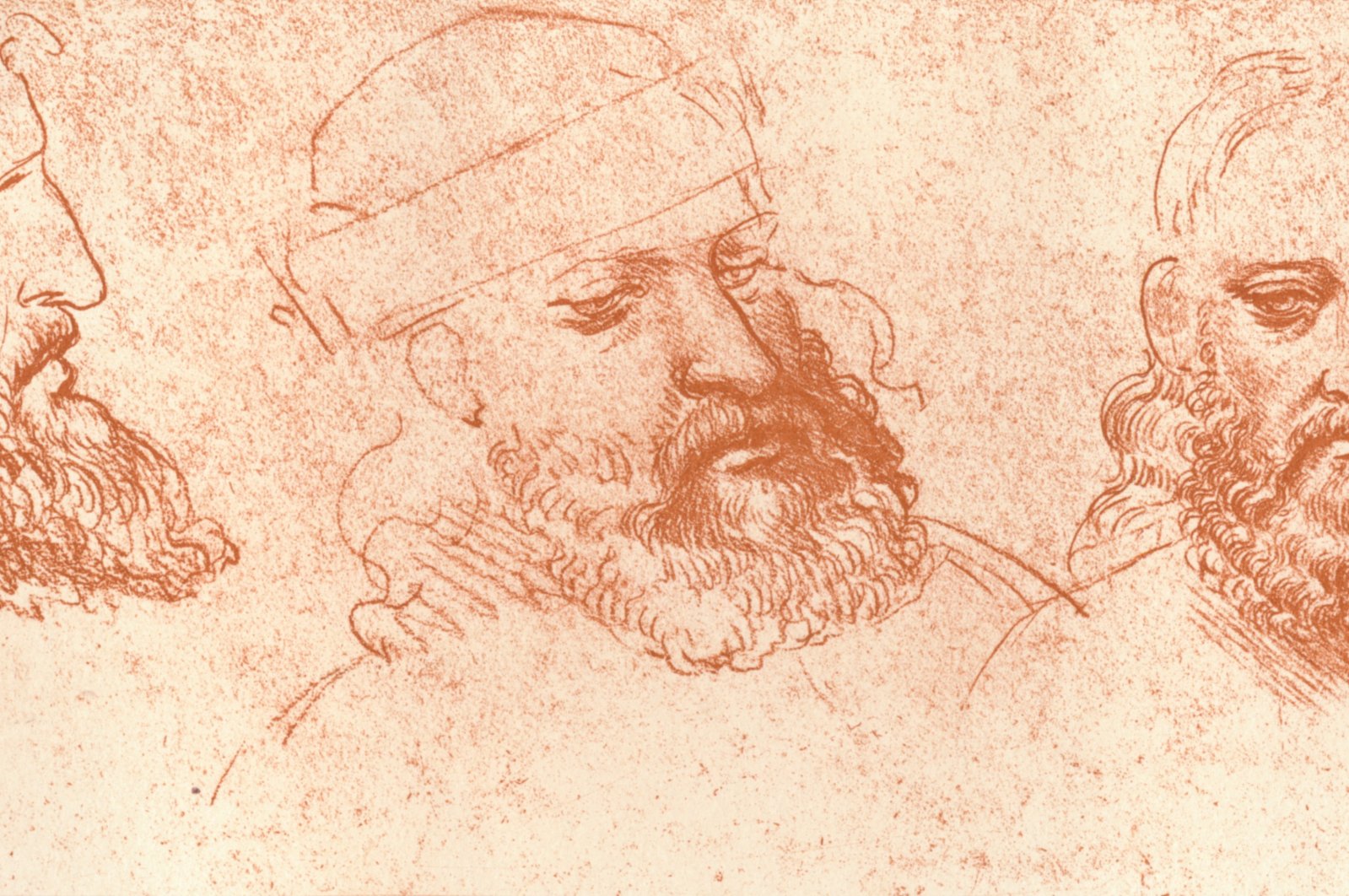 'Ilm-i kıyafet' and 'ilm-i sima' were auxiliary science methods utilized for many purposes in the Ottoman Empire, from the employment of civil servants to selecting a spouse or friends

While many professions have sunk into oblivion or taken on a new form in the present, there are also many forgotten or radically altered branches in science and art. “Ilm-i kıyafet” and “ilm-i sima” are among these forgotten branches in Turkish culture.

Ilm-i kıyafet combines the Turkish words “ilim,” meaning science, and “kıyafet,” meaning dress in modern Turkish, and it is the science of making inferences about the characters and habits of people based on their outward appearance; that is, their bodies. Ilm-i kıyafet indicates that ancient people attributed much importance to the relationship between a person's temperament and character and his body, and this focus resulted in a very rooted branch of science behind the flesh in Turkish culture.

Turkish poets also wrote poems about the science known as “kıyafetname.” The meanings behind people's appearance, facial expressions, hand lines – that is, the connection between the zahir (outer) and the batin (inward) – have always been the subject of these poems.

Ilm-i sima is also the art of face reading known as physiognomy today. Rumor has it that the art of face reading, like many other things, originated in China. In 3000 B.C., Chinese doctors, who were forbidden to touch women, gained the ability to diagnose diseases by looking from afar. They discovered that there is a connection between a person's appearance and facial expression and their health and character.

We know that the Greek physician Hippocrates benefited from this knowledge in the diagnosis and treatment of some diseases, whereas Plato and Aristotle also dealt with this issue. The ancient Arabs were making determinations about the owner by looking at the footprint. This was called "kıyafe" or "firase," which means to trace in Arabic. Those who are skilled in this science are called "kaif" or "faris." Over time, this branch of science developed and these people served as experts in courts, especially in determining lineage.

The Chinese benefitted from this science while choosing their emperor; Alexander the Great used it while selecting his commanders; Abraham Lincoln utilized it when choosing members of his Cabinet. Similarly, the Ottomans also used this method when choosing spouses, partners, friends, officials, servants and slaves.

One of the most skillful and famous kaifs among the Arabs is Companion Wahshi ibn Harb, who was a former slave and killed the leading Muslim fighter Hamza ibn ‘Abd al-Muttalib, the Prophet Muhammad's uncle, during the Battle of Uhud in return for his freedom before accepting Islam. He became a Muslim during the conquest of Mecca and then used his skill as a warrior to benefit Islam. As a matter of fact, he carved his place in the history of Islam by killing Musaylimah al-Kadhdhab, the false prophet in Yemen.

In the famous Sahih Bukhari collection of Hadiths, which is considered the most reliable source of Islamic history after the Quran, the following story is told about Wahshi ibn Harb. One day, two youths from Mecca went to the city of Homs, which is located in Syria today. They wanted to see Wahshi ibn Harb, who was living there, and to hear from him about the historical events he had experienced, especially the Battle of Uhud. Both of their faces were covered with the ends of their turbans.

Ubeydullah, son of Adi bin Hıyar, approached Wahshi ibn Harb, sitting in a shadow, and asked him "Do you know me?" He answered: "I didn't. But Adi bin Hıyar married Umm Qital and had a son in Mecca. I took this child with his mother to a wet nurse. While riding the camel, I saw the boy's feet. Your feet are just like that child's feet."

We can say that ilm-i kıyafet and ilm-i sima are auxiliary scientific methods that can provide useful information for sciences such as medicine, psychology, pedagogy. This information was developed on the basis of two rational principles. The first is the transfer of experiences over the centuries, and the second is the comparisons made to animals. For example, an individual with a wide chest is likened to a lion, and this person is thought to have a courageous nature.

The information provided by ilm-i kıyafet and ilm-i sima is not seen as fortune-telling or soothsaying but evaluated as a systematic branch of science. People tried to benefit from it not only in medicine but also in politics and social life. The information of these branches of science was the number one criterion when choosing civil servants and servants, buying slaves and getting married. When we think of the old world, the benefits provided by this information were indispensable.

We see many serious texts on this subject in the Arab and Persian world. The Turks also wrote very important texts on this subject, and in this way, people called "kıyafet-şinas" (body-acknowledger) and "sima-şinas" (face-acknowledger) were trained. All important names in the bureaucracy and military command of the Ottoman Empire were chosen by the masters of this science.

With the invention of the camera, recognition became easier. In particular, Ottoman Sultan Abdülhamid II greatly respected the importance of photography in the identification and appointment of officials. He would try to guess the character of the person from a photo with a serious expression, the kind usually taken for visas and passports today, and he would usually guess correctly.

Fakhr al-Din al-Razi (1149-1210), who is one of the authorities in the discipline of tafsir (exegesis of the Quran) and the famous Sufi scholar Ibn Arabi (1165-1240) are considered to be masters of this science. There is information about this science in the famous book of Kutadgu Bilig, one of the oldest books in Turkish literature, written by the statesman Yusuf Khass Hajib Balasaguni who lived in the 11th century.

As mentioned before, this information was reflected in poetry and many works called "kıyafetname" were written in the Ottoman era. Although it is known that these works were written before the reign of Sultan Mehmed II, also known as Mehmed the Conqueror, the earliest examples have not survived to the present day. The oldest kıyafetname that has reached our time is poet Hamdullah Hamdi's 153 couplet work. Hamdullah Hamdi was the youngest son of Akshamsaddin, one of Sultan Mehmed II's Sufi teachers.

The most famous of the kıyafetnames, many of which are more or less the repetition of each other, belongs to Sufi Erzurumlu Ibrahim Hakkı. He handles this subject in detail in his book “Marifetname” (“Book of Gnosis”), which is one of the most-read bedside works in the Ottoman Empire. In the “kıyafetname” poem in this book, he describes the characteristics of limbs such as height, hair, head, skin, forehead, eyebrows, ears, eyes, face, color of the face, nose, mouth, voice, words, lips, teeth, chin, beard and neck, respectively, and makes judgments accordingly.

Moderation and mediocrity, that is, being average, are considered desirable in all kıyafetnames. The ideal type of person is medium-sized and has a small head, flat and round face, black or auburn hair, black bow eyebrows, frequent eyelashes, small hands, long and soft fingers, and soft flesh. It is not possible to explain all the determinations scientifically and logically. In this context, the scientific acumen of the author is relied on. There is no doubt that most of this acumen reflects extensive experience and observations, and many of them are accurate.

According to the words of the Quran, the creation of humans is the "ahsen-i takvim," that is, the most beautiful and perfect shape. In the words of the Prophet Muhammad, human beings are creatures unlike any other creature that was created. Man is the essence of the world and the apple of the eye of beings. He has all the properties of the universe. For this reason, the connection between morality and the outer appearance of humans has been highlighted in the Quran as well.

As a matter of fact, the expression “The sign of brightness can be seen on their faces from the trace of prostrating in prayer” in the 29th verse of Surah Al-Fath, the 48th chapter of the Quran, emphasizes that the inner world of man is reflected in his image. An Ottoman poet once said that “Whoever has a beautiful face, he/she has good morals.” The beautiful facial expression meant here is not just physical beauty. It is the beauty in smiling, loving, positive people.

The main thing in Islamic culture is always to know oneself and to improve and correct one's character. Erzurumlu Ibrahim Hakkı said: “The human beings, created by Allah in the best way by blowing from his spirit, are not of the same shape and temperament. In that case, a person should know himself and take care to correct his behavior. If he then looks at the appearance of those around him and learns about their morals, his livelihood will be better. He neither hurts anyone nor is hurt by anyone.”