'Cursed by excellence': Can Villeneuve's 'Dune' live up to hype? 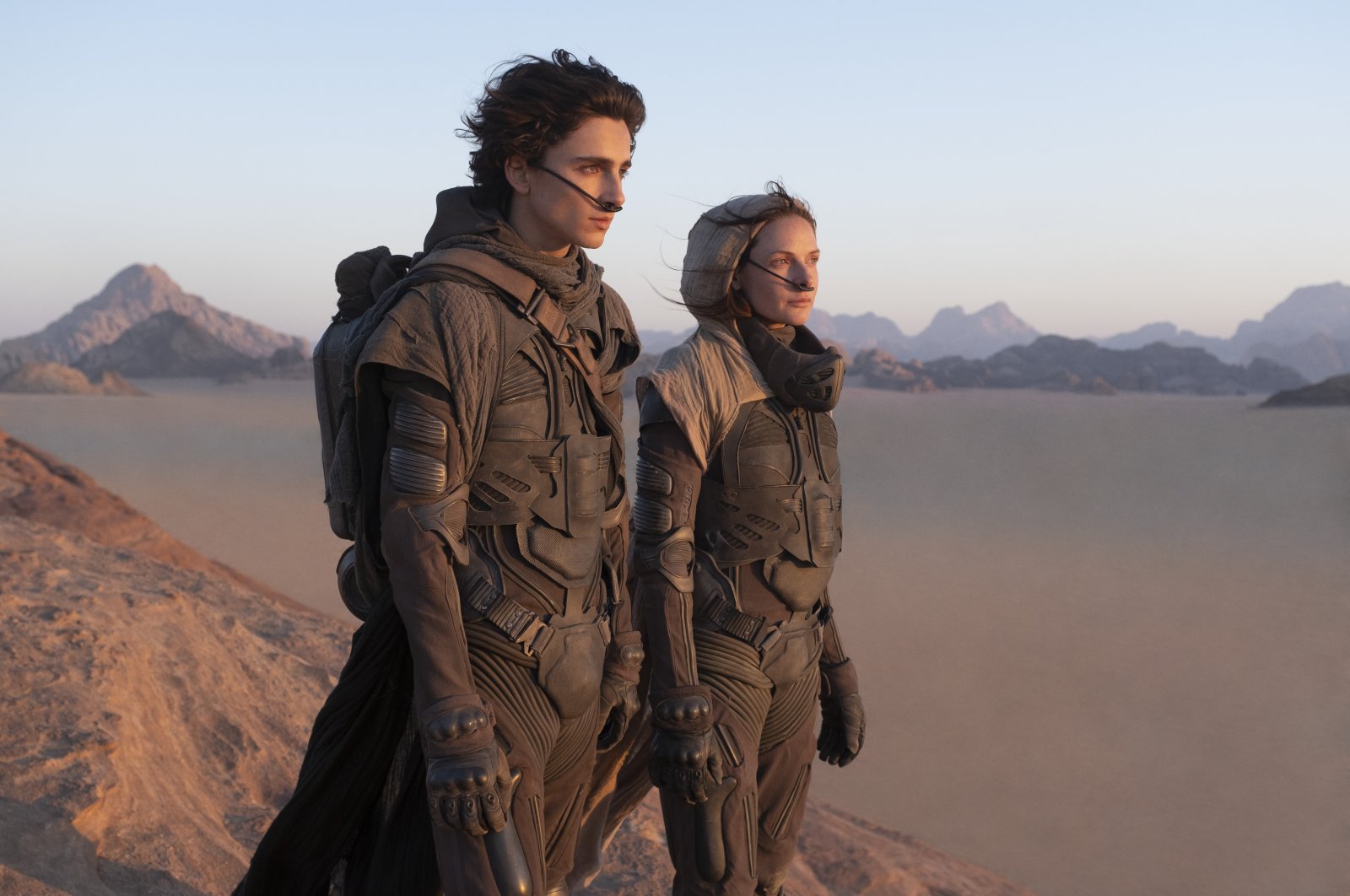 Timothee Chalamet (L), and Rebecca Ferguson look off into the distance, in a scene from the film "Dune." (Warner Bros. via AP)
by French Press Agency - AFP Aug 28, 2021 6:20 pm
RECOMMENDED

The hype, and hope, around the latest adaptation of Frank Herbert's epic "Dune," as it prepares for its world premiere on Friday at the Venice Film Festival with a $165-million budget and a star-spangled cast, but one question remains to be answered: Can it live up to the expectations?

But what has sci-fi fans really feverish is the man behind the camera: Canadian Denis Villeneuve.

Through hits like "Sicario" and "Arrival," Villeneuve has put himself alongside Christopher Nolan as one of the rare directors who can deliver deadly serious cinema that also packs theaters.

Crucially, he has also proved a safe pair of hands when handling totems of 20th-century geekdom, after his critically adored "Blade Runner 2049," a sequel to Ridley Scott's 1982 sci-fi classic.

Set many millennia in the future, "Dune" follows the tribal battles for control of "spice," a drug that extends life and delivers prophetic powers, on the inhospitable planet of Arrakis, which also happens to be infested with giant worms.

The brainchild of author Frank Herbert, "Dune" was first published in 1965 and became a six-volume space opera of massive influence, not least on "Star Wars."

"It is the biggest-selling and most-read science fiction novel ever, but also the most commented upon and the most studied," said Renaud Guillemin, an eminent member of France's community of "Duniens."

"It was the prototype for the sort of world-building universe in science fiction books, with their own coherence, references and foundations," said Guillemain, comparing it to what "Lord of the Rings" did for fantasy.

Some of the images and ideas have also become sci-fi staples, including its giant sandworms (hello "Tremors"), suits that recycle sweat, or the Bene Gesserit, an order of female martial arts experts with thought-control powers.

Fans also praise its visionary edge, anticipating debates over global warming and the impact of technology.

Despite its ready-made audience and clear cinematic potential, previous transfers to film have been famously difficult.

"It is cursed by its excellence," said Lloyd Chery, author of a French reference book about Dune.

Cult Franco-Chilean filmmaker Alejandro Jodorowsky was the first to try his hand, spending no less than four years in the 1970s on the project, with Salvador Dali, Alain Delon and Orson Welles lined up, along with Pink Floyd for the music.

In the end, the money could not match the ambition and it became part of tragic movie lore, recounted in the 2013 documentary "Jodorowsky's Dune."

In the 1980s, in the wake of "Star Wars," studios grew more interested.

Fresh from "Alien," Ridley Scott was tapped to direct before it was passed to David Lynch.

Seven versions of the script and six punishing months of filming in Mexico led to many monumental sets being built and thousands of costumes.

But Lynch's mad vision was fatally undermined by the Hollywood machine, and the movie bombed on release in 1984.

There have been popular TV adaptations since, including "Children of Dune" starring James McAvoy, but never on the grand scale that the novels seemed to demand.

Cue Villeneuve, and his all-star cast.

Far from the "nightmare" experienced by Lynch, he appears over the moon with his film, and is already thinking about two possible sequels, according to an interview he gave CBC Radio Canada.

But that will depend on the commercial success of the first installment.

Villeneuve has already clashed with Warner Bros over its decision to release the film on streaming platforms alongside the theater release.

"There is absolutely no love for cinema, nor for the audience here. It is all about the survival of a telecom mammoth," Villeneuve said in a statement about the decision last December.

While that clash plays out in Hollywood boardrooms, all eyes will turn to the battles on Arrakis when "Dune" premiers on Sept. 3.