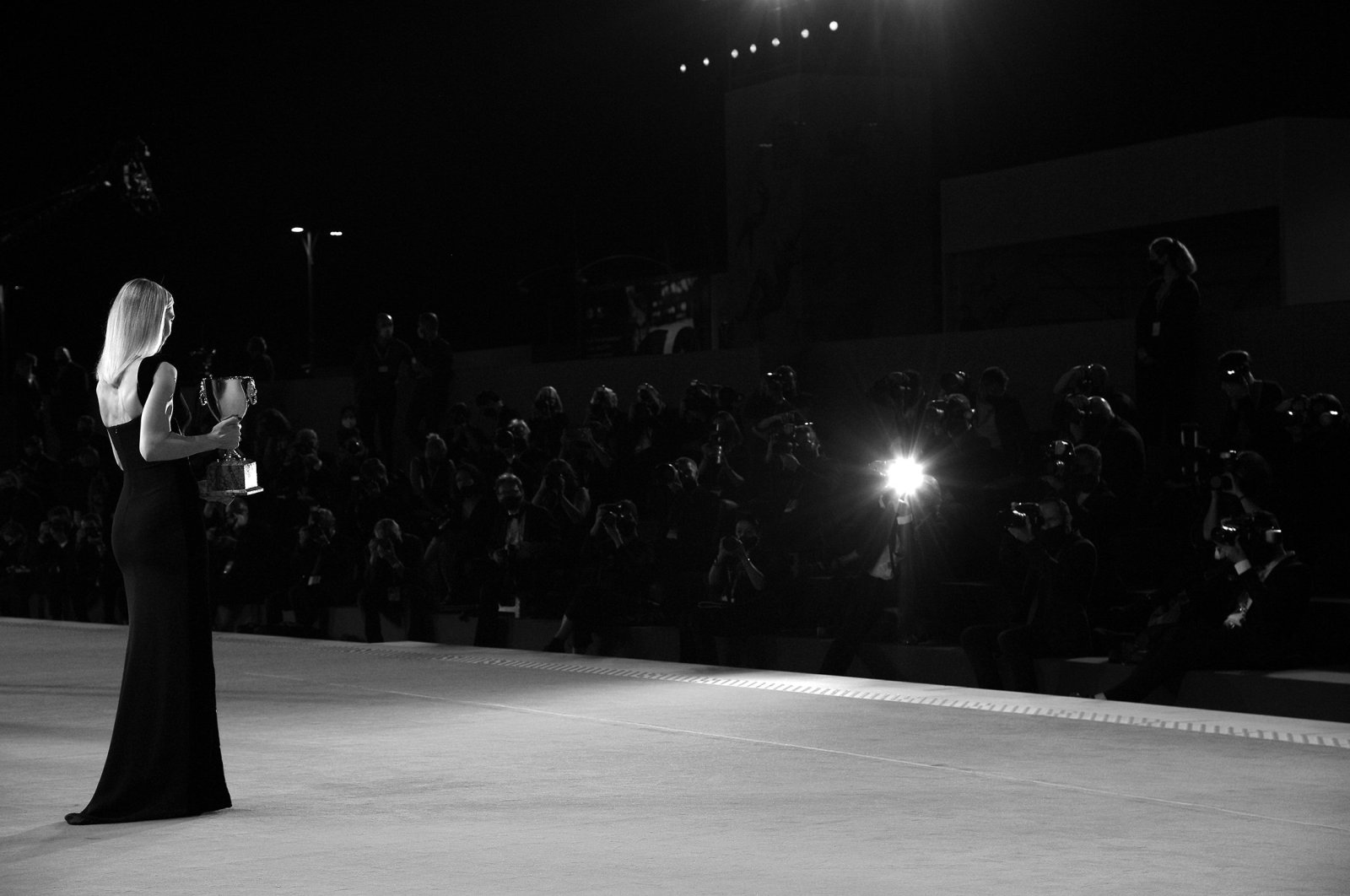 From sci-fi epic "Dune," with a cast to rival the star system of Arrakis, and Kristen Stewart's turn as Princess Diana to Ridley Scott's "The Last Duel," which sees the reunion of longtime friends on screen, the Venice Film Festival is sure to wow many with an ultra-glitzy lineup as it returns Wednesday to rock the throne of Cannes for the most prestigious cinematic event.

After a low-key event last year due to the pandemic, La Mostra is raising the stakes once again in the battle for film fest supremacy with the sort of lineup that has drool running down the chins of red carpet gawkers and pretentious film critics alike.

The world's oldest film festival has embraced Hollywood in recent years and its 78th edition, running between Sept. 1 and 11, is no exception.

"Dune" brings hot young things Timothee Chalamet and Zendaya to the Venice festival, while Scott's "The Last Duel" marks the bromantic return of Matt Damon and Ben Affleck, writing and starring together for the first time since their Oscar-winning breakout "Good Will Hunting" in the 1990s.

But Venice still has serious arthouse chops, and the competition for the Golden Lion award features some of the era's most revered filmmakers, including Spain's Pedro Almodovar, Italy's Paolo Sorrentino and New Zealand's Jane Campion.

Almodovar opens the festival with the Penelope Cruz-starring "Parallel Mothers" and true to his provocative style, the poster was immediately banned on Instagram for featuring a lactating nipple.

Even the Princess Di biopic, "Spencer," promises to be more than the usual fawning royal mush, as it comes from Chilean director Pablo Larrain, whose 2016 film was an intelligent and lauded take on Jackie Kennedy, starring Natalie Portman.

Since taking over in 2012, festival director Alberto Barbera is credited with rejuvenating La Mostra, partly by positioning it as the launchpad for Academy Award hopefuls.

Two of the last four Golden Lion winners, "The Shape of Water" and "Nomadland," have gone on to win the best picture Oscar – something which had never previously happened.

Many other recent critical and box-office hits have debuted in the floating city, including "La La Land," "Joker" and "A Star Is Born."

Part of the success is that publicists love having their stars snapped on gondolas, but it's primarily a question of lucky timing.

"Venice's position on the cusp of summer and fall gives it unmatchable clout as a launchpad" for the Hollywood awards season, explained The Hollywood Reporter.

Venice has also side-stepped the fracas between Netflix and Cannes, over the latter's demand that entries hit the big screen.

That has left Venice with first dibs on recent Netflix hits such as "Roma" and "Marriage Story," and two of this year's hopefuls: Campion's "The Power of the Dog" and Sorrentino's "The Hand of God."

Movies from 59 countries are being presented this year across its multiple sections, though Cannes director Thierry Fremaux has previously sniffed at his Venice counterpart's "obsession with American movies."

It's true that the main competition has a fairly narrow geographic remit, with nothing from Africa and only one from Asia (the sequel to Filipino action-thriller "On the Job") among the 21 selections.

But Cannes has hardly steered clear of Hollywood. Its blockbuster premiere this year was Fast & Furious 9.

For film fans happy to see the schedules flooded with exciting releases, all this industry jostling is background noise.

And for Italians, it could cap an exciting summer that has seen them win the World Cup, put in a surprisingly strong Olympic performance and leave the dark days of the country's brutal COVID-19 outbreak behind them.