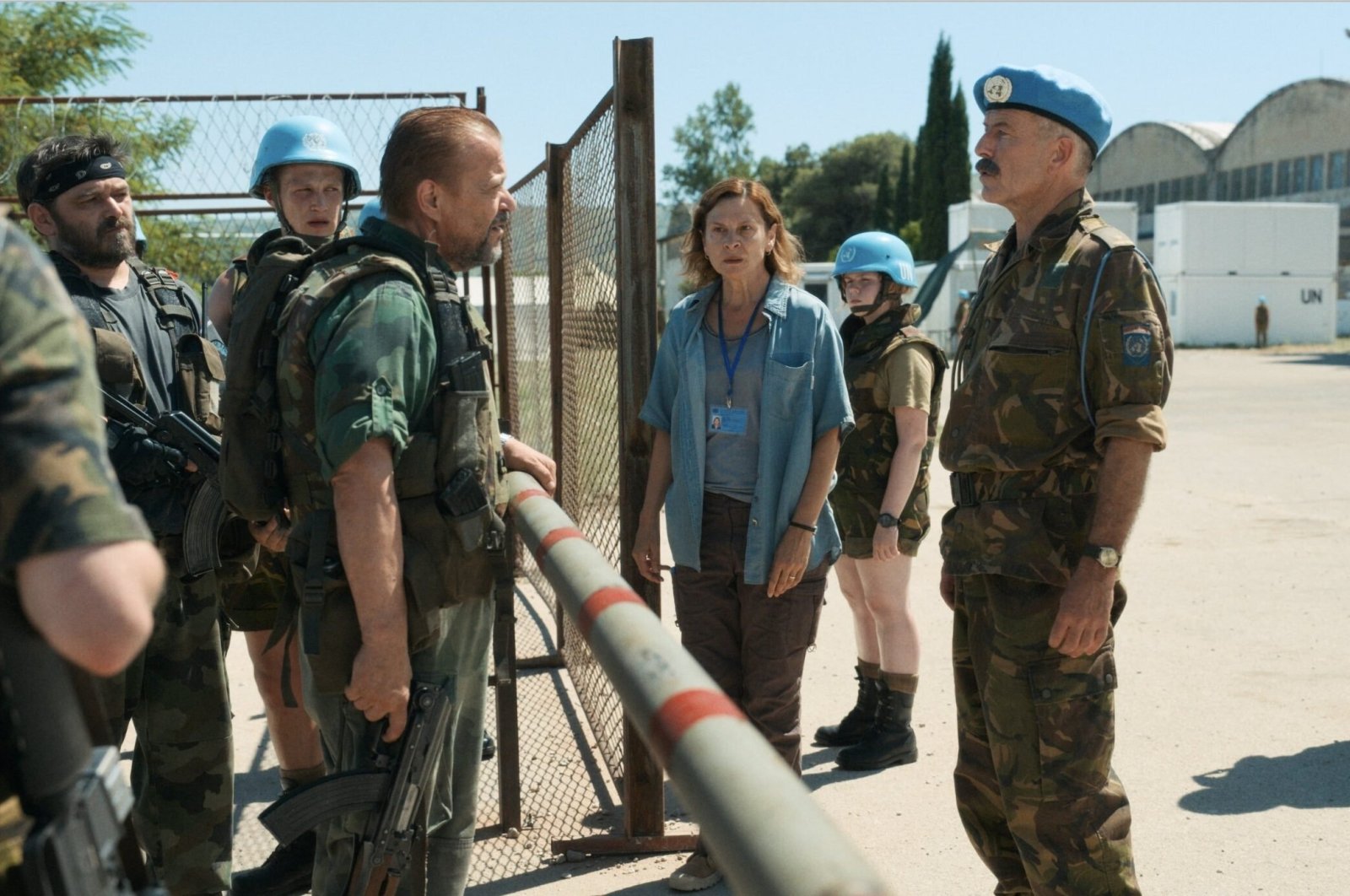 "Quo Vadis, Aida?", a Bosnian film about the Srebrenica genocide, co-produced by Turkey's state broadcaster TRT, on Monday was named one of five contenders in the international feature film category for this year's Oscars.

In the film, director Jasmila Zbanic depicts the lead-up to the massacre of more than 8,000 Muslim men, women and children by Bosnian Serb forces through the eyes of a female interpreter working at the United Nations base in Srebrenica, a town in eastern Bosnia.

The interpreter, Aida, played by Serbian actress Jasna Djuricic, is struggling to save her husband and two sons amid the confusion and impotence of the U.N. officials as the Bosnian Serb forces of Gen. Ratko Mladic advance.

"For us, this film is even more than a film: this is a reminder that genocide, this in Srebrenica but also any other that happened in this area in the past, must not be denied or forgotten," Zbanic said after the nomination was announced.

"This film was not made to divide and confront people but the opposite, to understand each other better," she added.

The Bosnian Serbs and their wartime ally Serbia deny that the massacre in Srebrenica constituted genocide, as was determined by two international courts.

In 2017, the U.N. war crimes tribunal in The Hague jailed Mladic for life for genocide.

"The Oscar nomination is very important because for the past 26 years we have been searching for the truth and waiting for justice," the president of the Srebrenica mothers' association, Munira Subasic, said. She lost a son and husband in the massacre along with 22 other close relatives.

The Oscars will be handed out on April 25.

Bosnian director Danis Tanovic won an Oscar for the best foreign film in 2002 with "No Man's Land".

Zbanic won a Golden Bear award in Berlin in 2006 for her feature "Grbavica", which dealt with the impact of the violent breakup of Yugoslavia in the 1990s on Bosnian society.

"Quo Vadis, Aida?" has also been nominated this year for the British Academy Film Awards (BAFTA) in the best non-English film category, and Zbanic has been nominated for best director.