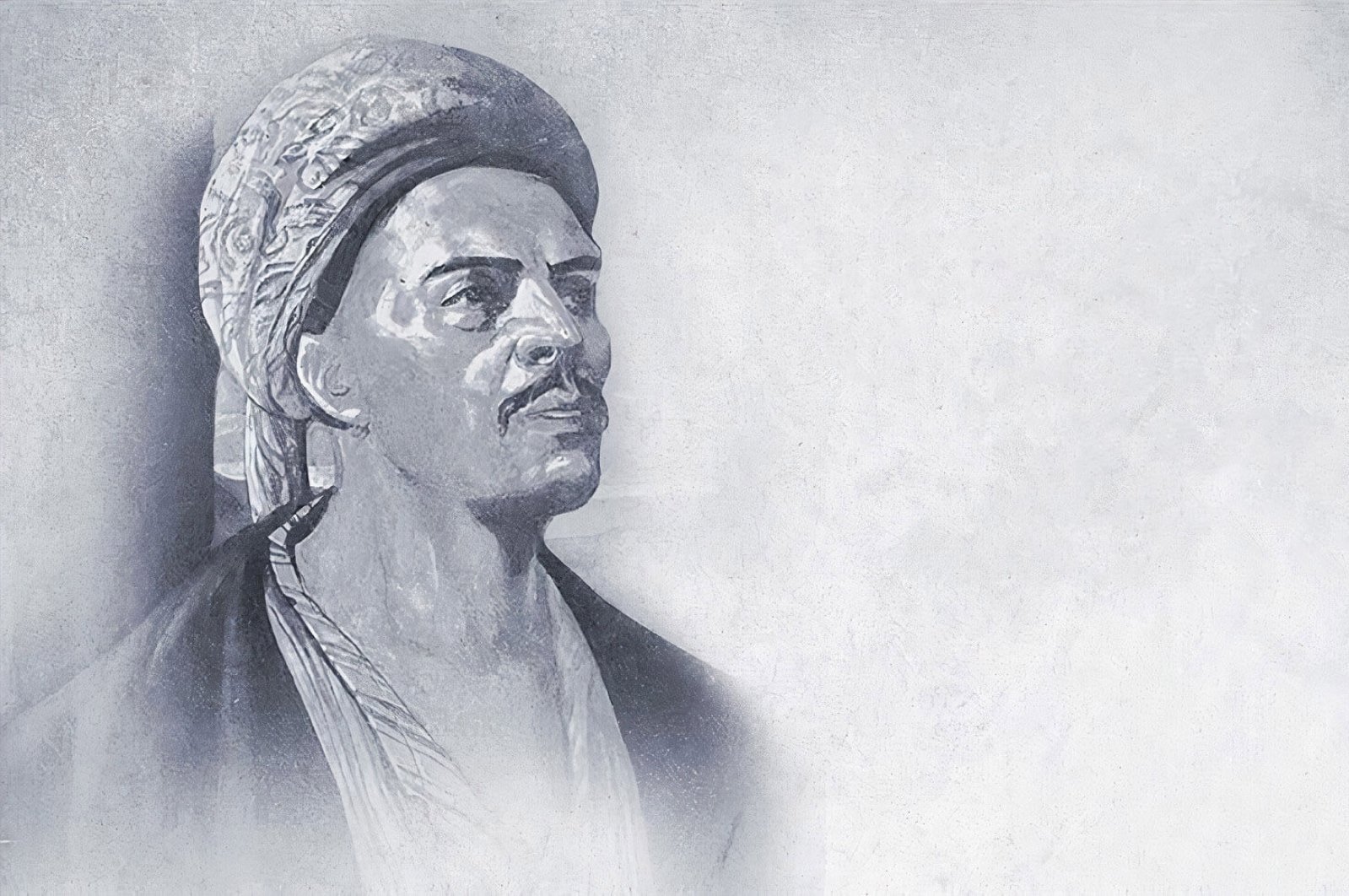 As there is no available visual representation of Yunus Emre, this common depiction is used to portray him. (AA Photo)
by Anadolu Agency Jun 04, 2021 11:00 am
RECOMMENDED

Turkey’s leading state-run agency promoting Turkish language and culture around the world, the Yunus Emre Institute (YEE), will translate a number of significant works by the great Turkish thinker and poet Yunus Emre into African languages, allowing even more people to understand his enigmatic sayings.

"UNESCO has dedicated 2021 as Yunus Emre Year, so we are planning to translate some of his works into the Zulu and Xhosa languages, which are widely spoken in South Africa, as well as the Swahili language spoken in many countries on the continent," Gökhan Kahraman, coordinator of the Yunus Emre Institute in Johannesburg, told Anadolu Agency (AA).

The cultural center was actually named after Yunus Emre, who lived in Anatolia from the mid-13th century to the first quarter of the 14th century. Writing his poems in the folk language, in which he described the divine love that every believer seeks, he played a role in forming the dialect called "old Anatolian Turkish," which constitutes the first phase of the historical cycle of the Turkish language. “Risâletü'n-Nushiyye,” written in 1307-1308, and “Divan,” composed of his poems compiled by his lovers after his death, are among his most significant works.

In his works, the poet discouraged any form of discrimination based on religion, language or race. Yunus Emre was a symbol of human values, love and social peace. The cultural center aims to maintain this basic philosophy in all its activities.

In this context, the institute is in the process of organizing a conference to jointly look at the works of South African poet Es'Kia Mphahlele and Yunus Emre, who shared similar values according to the coordinator Kahraman. ‘‘With this joint conference, we shall have the opportunity to share and promote the values of both countries," he said, adding this will fulfill one of the institute's objectives, which is to bring friendship to the people of Turkey and South Africa.

Kahraman also said they will introduce classic Turkish archery games in South Africa as a sport. The three best South African participants will be taken to Turkey to compete among 200 participants drawn from the 61 global Yunus Emre cultural centers.

The YEE has also planned a photo exhibition in memory of the victims of July 15, 2016, failed coup in Turkey to show South Africans what transpired in the country in conjunction with AA’s photos at the institute's Mandela Hall.

Kahraman said the exhibition will last two weeks and on the opening night, a digital panel will be organized with the participation of people, including journalists and officials, who were injured on that night.

Last year, the institute put up billboards in Cape Town, Johannesburg, Pretoria and Durban on the anniversary of July 15, thanking South Africans for supporting and standing with Turkey during Democracy and National Unity Day on July 15.