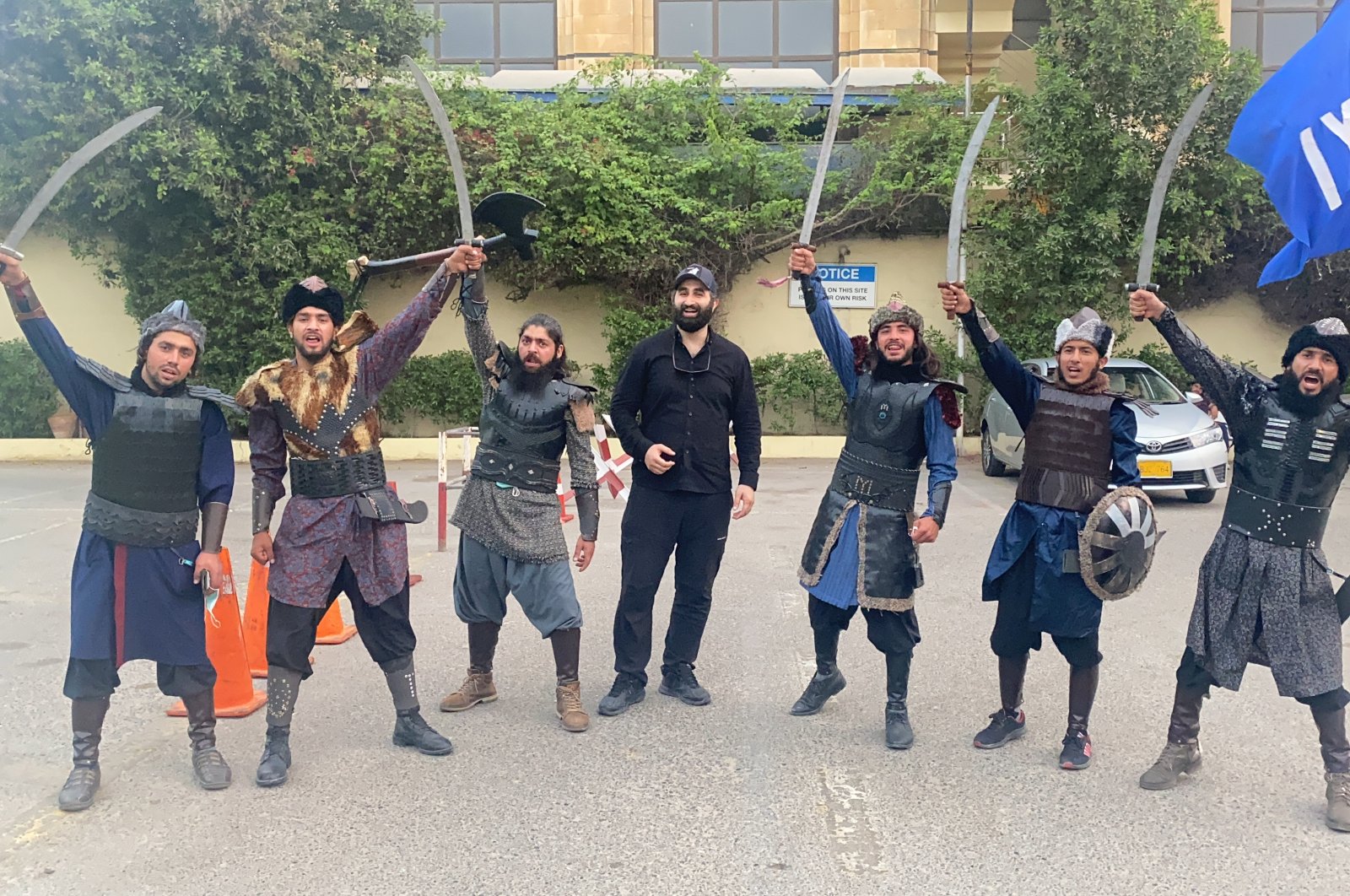 Pakistani youth, who started to film an amateur remake of "Diriliş Ertuğrul" (“Resurrection Ertuğrul”) out of love for the popular Turkish series, came together with actor Celal Al in Pakistan’s Karachi. Al played Abdurrahman Ghazi – a commander who served in the foundation of the Ottoman Empire – in “Diriliş Ertuğrul” and “Kurukuş Osman” (“The Ottoman”).

Al came to Karachi for a short visit and met the group of youngsters, who film "Pakistani Ertuğrul" on an amateur set they put together in Swat, in northern Pakistan. Talking to the young group wearing "alp" (ancient brave Turkish fighters) costumes, Al said he had heard about their homage to “Diriliş Ertuğrul”, which they titled "Pakistani Ertuğrul."

Speaking to Anadolu Agency (AA), Al said: “We came here from thousands of kilometers away. These young brothers came to Karachi with a 1 1/2-day bus ride from the north of the country. And we met here and this is the success of our TV series.”

Describing the young group's efforts as emotional and passionate, Al said, "It is a proud thing. These young people have done amateur but sincere works. Even if they do not have abundant means, they tried to make an output due to their love for the series.”

Al said he hopes to see more young people getting involved and continued: "Pakistani youth say that they are ready to do their best to improve Turkey-Pakistan brotherhood. They are our new alps in Pakistan.” Al also presented the börk (a type of traditional Turkish hat) that he brought from Turkey as a gift to the youth and promised to follow their work.

“Resurrection Ertuğrul,” often described as the Turkish "Game of Thrones," revolves around the story before the establishment of the Ottoman Empire. Set in 13th century Anatolia, the series illustrates the struggle of Ertuğrul Ghazi, father of the founder of the Ottoman Empire Osman I. It became a major hit in Pakistan first followed by Kashmir, where the historical drama was binge-watched by fans. The series has more than 10 million subscribers on its Urdu-language YouTube channel.