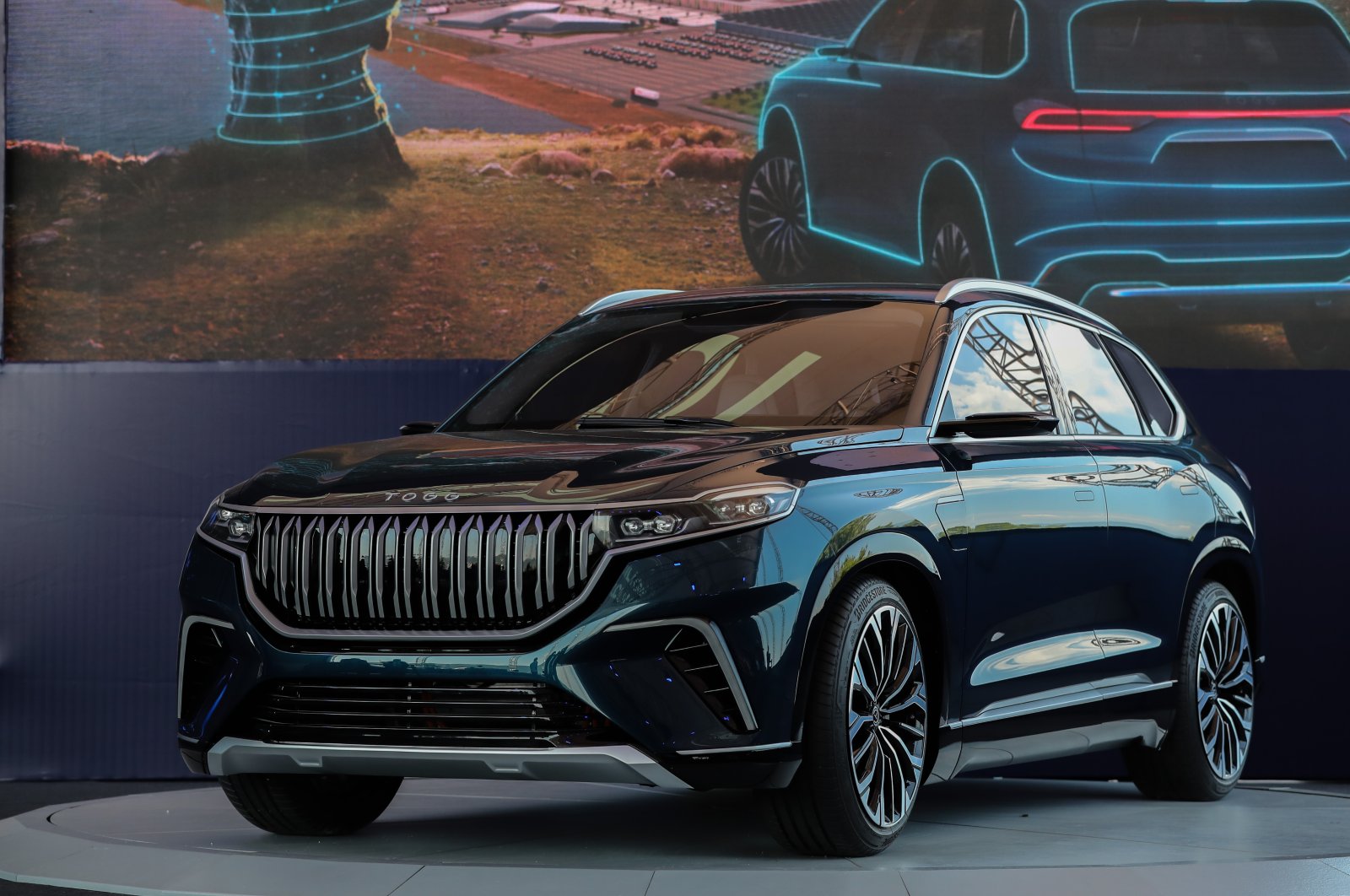 A prototype of Turkey's first electric car is on display at the groundbreaking ceremony for its factory in the Gemlik district of northwestern Bursa province, Turkey, July 18, 2020. (AA Photo)
by DAILY SABAH WITH AA Jun 25, 2021 2:34 pm
RECOMMENDED

The nation’s first domestically produced car project was announced May 15, 1961, and was called Devrim (Revolution).

It took a team of Turkish engineers only 129 days to plan, organize and manufacture four Devrim automobiles ready for public presentation on Oct. 29, 1961, during Republic Day celebrations in Ankara.

However, the project was shelved after inadequate gasoline caused the car to break down leading to negative views.

Seen as the country’s “second automobile revolution” and revived by President Recep Tayyip Erdoğan, TOGG was officially established on June 25, 2018.

Erdoğan on Dec. 27, 2019, unveiled prototypes for a sport utility vehicle (SUV) and a sedan, both fully electric and C-segment models.

A consortium of five major companies, TOGG will produce five different models – an SUV, sedan, C-hatchback, B-SUV and B-MPV – through 2030.

Construction of TOGG’s engineering, design and production facilities began on July 18, 2020. The facility, built on an area of 1.2 million square meters (12.9 million square feet) in the Gemlik district of northwestern Bursa province, is planned for completion in early 2022.

Around 4,300 staff will be employed within TOGG, which will include at least 30% female employees.

As for suppliers, TOGG has reached deals with 10 global corporations – 75% of them from Turkey and the remaining 25% from Europe and Asia.

TOGG named Sergio Rocha – a leading name in the auto industry who managed projects in the U.S., Europe and Asia – its chief operating officer in November 2019.

The former chief designer of global car brands such as Volkswagen and Mercedes, Murat Günak, was appointed as head of design at TOGG in April this year.

TOGG announced in April that its C-SUV model received the iF Design Award 2021, one of the most prestigious design awards in the world and a first for a Turkish brand.