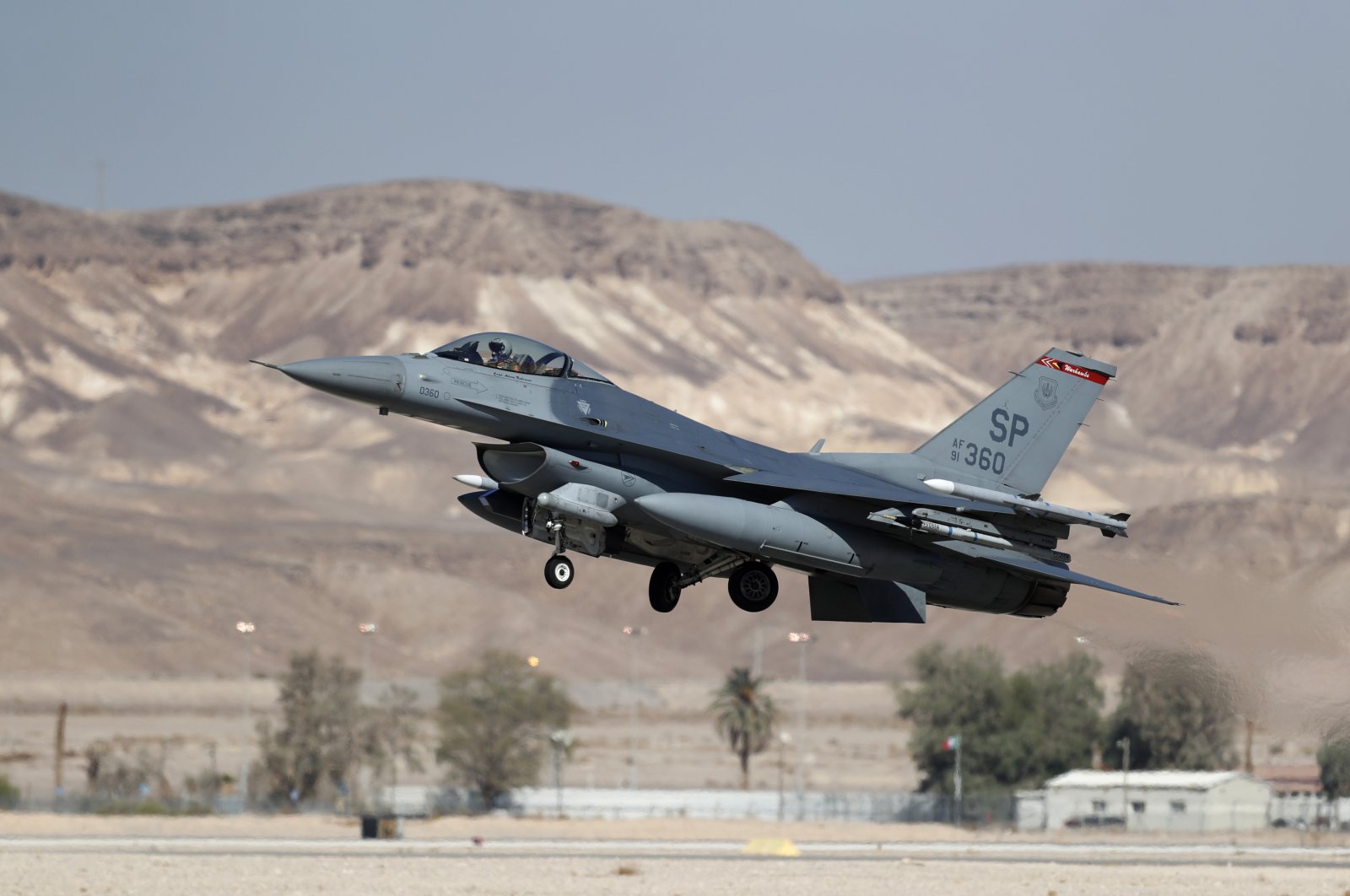 The United States is discussing ways for Turkey to buy F-16 fighters after a deal for more advanced F-35s was scrapped due to Ankara’s purchase of a Russian missile system, officials said.

President Recep Tayyip Erdoğan said on Oct. 17 that Ankara wants to buy the cheaper F-16s using the $1.4 billion it allotted for the F-35 fighter jet program. Erdoğan has said Washington offered Ankara a package of F-16 jets and modernization kits in exchange for the payment.

The F-16 request is expected to be discussed when Erdoğan meets with American counterpart Joe Biden on the sidelines of the U.N. climate conference (COP26) in Glasgow, Scotland, which begins on Sunday.

In 2002, Turkey joined several other NATO allies who agreed to buy the F-35, and five years later reached a deal to participate in its production, an agreement worth potentially billions of dollars to Turkish industry.

As it was preparing to receive the first two of 100 aircrafts planned for its air force, Ankara in 2017 announced it was buying an S-400 battery.

One week after the Turkish ministry of defense received the first delivery of S-400 components in July 2019, Washington announced the cancellation of Turkey’s F-35 program.

Washington argued that the S-400 could be used by Russia to covertly obtain classified details on the F-35 jets and that they are incompatible with NATO systems. Turkey, however, insisted that the system would not be integrated into NATO systems and would not pose a threat to the alliance.

Five months later, Washington imposed sanctions on Turkey’s Presidency of Defense Industries (SSB), which is in charge of defense technology imports, its chief Ismail Demir and three other employees.

The decision left Turkey with an air force in need of rejuvenation, said Aykan Erdemir, head of the Turkey program at the Foundation for Defense of Democracies think tank.

“Hence, this alternative path of procurement would be crucial,” he said, referring to the F-16.

The Turkish air force possesses well over 200 F-16s, which are poised to be phased out by 2035. Nearly 100 aircraft in the fleet await upgrades.

One of the largest operators of F-16s in the world, Turkey has been undertaking projects to extensively upgrade its fleet, including structural improvements to extend the lifespan of the oldest jets in its inventory, which includes aged Block 30 versions as well as more modern Block 50s.

It is also working on its first indigenous next-generation stealth fighter jet, the TF-X National Combat Aircraft (MMU). The aircraft, with similar features to Lockheed Martin’s F-35, is aimed to perform its maiden flight in 2023.

In broaching the F-16 idea, Erdoğan hinted that Turkey could turn to Russia for fighter jets if talks with the United States break down.

Foreign Minister Mevlüt Çavuşoğlu on Thursday said the U.S. should either deliver the F-35 jets that Turkey paid for, return the money or give another product instead.

He said Turkey will consider other options if the U.S. fails to resolve the issue about F-35s, or if the U.S. Congress blocks it.

The Biden administration is said to be supporting the F-16 deal. Yet, the matter could likely face challenges getting approval from the U.S. Congress, known for its anti-Turkey stance that has repeatedly damaged bilateral relations.

A group of 11 lawmakers in the U.S. Congress this week wrote a letter to Biden and Secretary of State Antony Blinken objecting to any F-16 sale.

Both Washington and Ankara face risks in outright rejecting the other.

“I don’t think there is any immediate solution to this deadlock, and that’s why I think Washington and other European capitals are eyeing the 2022 election, hoping that that could be a way out,” he said, referring to the upcoming midterm vote that could change the composition of Congress.