Turkey to US: Deliver F-35 fighters or return money paid for them 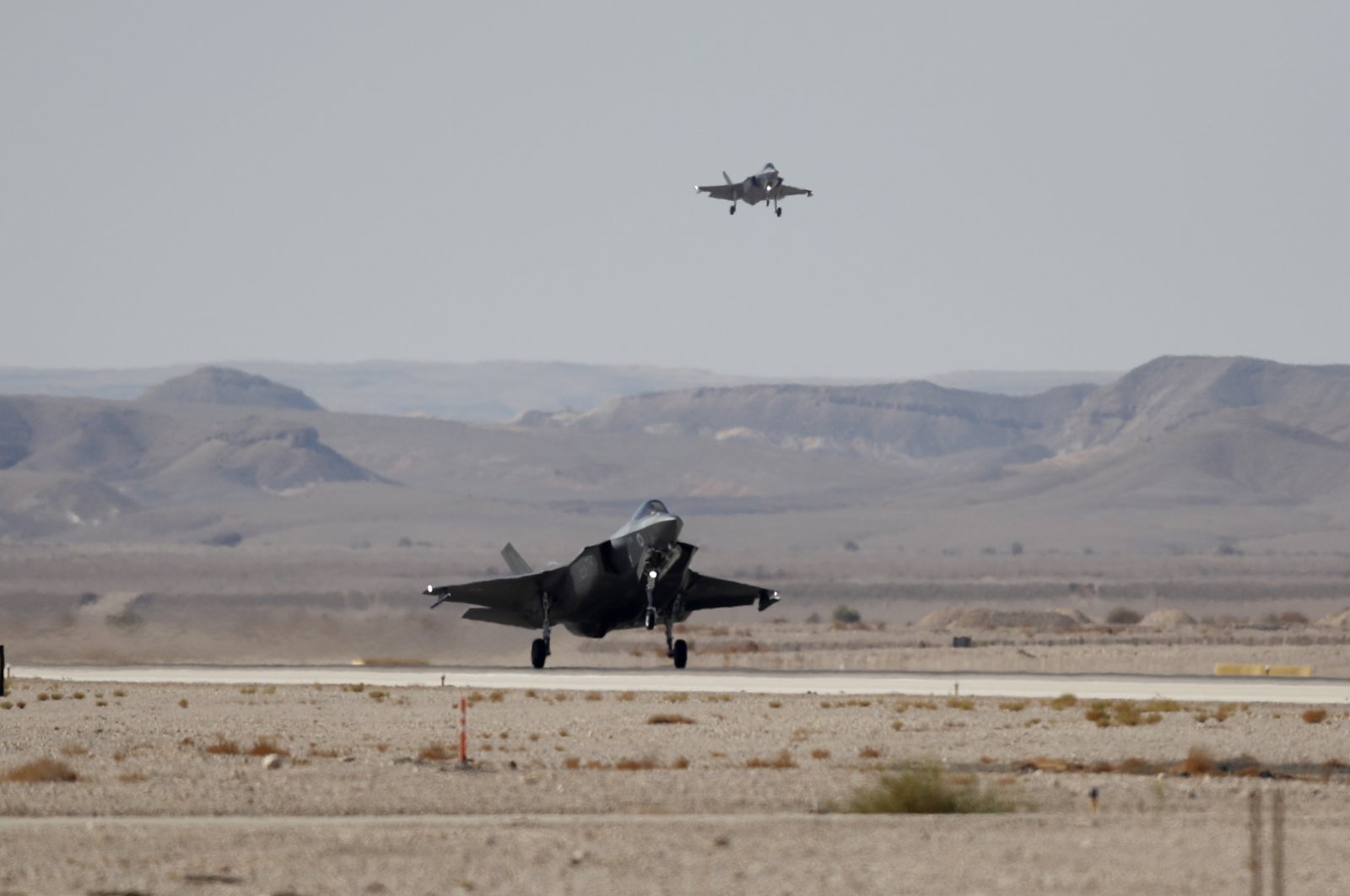 An Italian air force F-35 takes off during the "Blue Flag" multinational air defense exercise at the Ovda air force base, north of the Israeli city of Eilat, Oct. 24, 2021. (AFP Photo)
by DAILY SABAH WITH AGENCIES Oct 28, 2021 1:19 pm
RECOMMENDED

The United States should either deliver the F-35 fighter jets that Turkey paid for but was blocked from receiving, return the money or give another product instead, the Turkish foreign minister said Thursday.

Turkey, a manufacturer and buyer of the F-35s, was expelled from the program last year over its purchase of Russia’s S-400 air defense systems. It says its removal is unjust and has demanded reimbursement for its $1.4 billion investment in the program.

“We have clarified our view on the S-400. We have been unfairly removed from the F-35 program despite being one of the partners in it. These aircraft are not being supplied to Turkey,” Foreign Minister Mevlüt Çavuşoğlu told CNN Türk in a televised interview.

“Either Turkey needs to be sent back to the F-35 program, or the money we paid should be given or compensated with other products.”

President Recep Tayyip Erdoğan has said, Washington offered Ankara a package of F-16 jets and modernization kits in exchange for the payment.

The standoff will be the most important topic in the meeting between Erdoğan and his American counterpart Joe Biden as they are set to meet in Glasgow, Scotland on the margins of the United Nations climate conference (COP26), which will start on Oct. 31.

Ankara had ordered more than 100 F-35 jets, made by Lockheed Martin, while its defense industry has been a prominent player in the development and manufacturing of the aircraft.

“We have a $1.4 billion payment regarding the F-35s. We need to discuss how the repayment plan will be,” Erdoğan said, noting that he would have a chance to directly confirm if Washington was willing to return the money through F-16 deliveries. “If so, we will go for a deal in that regard.”

“If the U.S. does not want to resolve the issue about F-35s, or if the U.S. Congress blocks it, Turkey will consider other options,” Çavuşoğlu said.

“Turkey has never been without alternatives ... When there is a need, it (Turkey) can turn to other countries. We have alternatives,” the minister stressed.

These options include purchasing Russian-made Su-35 or Su-57 fighters, Çavuşoğlu said, echoing remarks by Presidency of Defense Industries (SSB) Chairperson Ismail Demir, who earlier this month also said Turkey could acquire the jets in the event the U.S. freezes the sale of F-16 fighters.

The purchase of the S-400s has triggered U.S. sanctions. In December 2020, Washington blacklisted the SSB, it's chief Demir and three other employees.

Separately, a statement by the Turkish Defense Ministry on Thursday said the two NATO allies have agreed to continue talks to resolve the issue over the F-35s.

Representatives of the Turkish and U.S. defense ministries held a meeting in the capital Ankara, in which they also discussed financial issues, the statement read.

A statement by Pentagon also said delegations from the two countries held another round of talks aimed at resolving the dispute over F-35s.

They were joined by a delegation from Turkey’s Defense Ministry, the Pentagon said.

“The meeting demonstrates the commitment of the U.S. government to conclude respectfully Turkey’s prior involvement in the F-35 program," Semelroth said in a statement.

“Discussions were productive, and the delegations plan to meet again in the coming months in Washington, D.C.,” he added.

Turkey’s Presidential Spokesperson Ibrahim Kalın and the U.S.’ National Security Adviser Jake Sullivan talked about a range of issues, including the F-35 program and Ankara’s request to purchase F-16 jets and modernization kits.