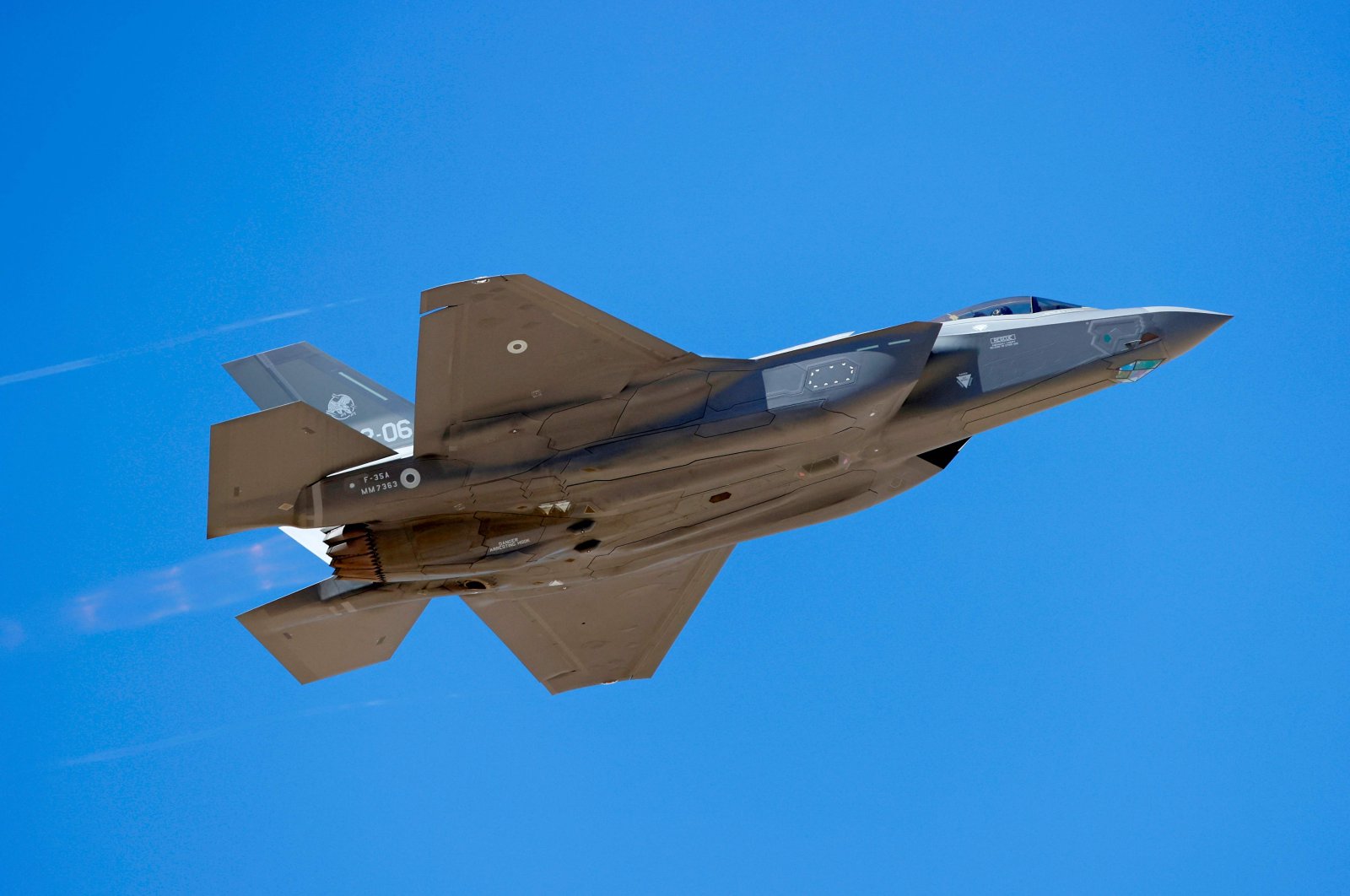 An Italian air force F-35 takes off during the "Blue Flag" multinational air defense exercise at the Ovda air force base, north of the Israeli city of Eilat, Oct. 24, 2021. (AFP Photo)
by DAILY SABAH WITH AGENCIES Oct 27, 2021 11:07 am
RECOMMENDED

President Recep Tayyip Erdoğan on Wednesday said issues over the F-35 fighter jet program will be the main topic at his upcoming meeting with U.S. President Joe Biden.

Erdoğan said the meeting, which would be the two leaders’ second since Biden was elected president, would be held in Glasgow on the margins of the U.N. climate conference (COP26), which will start on Oct. 31.

Turkey, a manufacturer and buyer of the F-35s, was expelled from the program last year over its purchase of Russia’s S-400 air defense systems in 2019.

It says its removal is unjust and has demanded reimbursement for its $1.4 billion (TL 13.32 billion) investment in the program.

“The information we received is that there is a payment plan of some sort with them,” Erdoğan was cited as telling reporters regarding the F-16s.

The F-35 issue will be the most important topic in the meeting with Biden, he said on a flight returning from a visit to Azerbaijan.

Ankara had ordered more than 100 F-35 jets, made by Lockheed Martin, while its defense industry has been a prominent player in the development and manufacturing of the aircraft.

Erdoğan added that he would have a chance to directly confirm if Washington was willing to return the money through F-16 deliveries.

“Whether this is true or not, we will find out from them. It will be good for me to discuss this with Mr. Biden at the highest level. If so, we will go for a deal in that regard.”

Any military sales would have to be approved by the U.S. Congress, known for its anti-Turkey stance that has repeatedly damaged bilateral relations.

Meanwhile, Democratic and Republican U.S. lawmakers have urged Biden’s administration not to sell F-16s to Turkey and said they were confident Congress would block any such exports.

In a letter to Biden and U.S. Secretary of State Antony Blinken, 11 members of the House of Representatives cited “a profound sense of concern” about recent reports that Turkey may purchase 40 new Lockheed Martin F-16s and 80 F-16 modernization kits.

The letter was dated Oct. 25 and reviewed by Reuters on Tuesday.

“Following President Erdoğan’s September announcement that Turkey will purchase an additional tranche of Russian S-400 missile defense systems, we cannot afford to compromise our national security by sending U.S.-manufactured aircraft to a treaty ally that continues to behave like an adversary,” the lawmakers wrote.

Glasgow will host the COP26 climate conference that opens on Sunday and runs until Nov. 12. Erdoğan previously said he may meet Biden at the G-20 summit in Rome at the end of this month.

“The agenda for Rome and Glasgow appears to have changed,” Erdoğan was quoted as saying. “We are likely to meet in Glasgow instead of Rome.”

The two leaders last met on the sidelines of a NATO summit in Brussels in June.