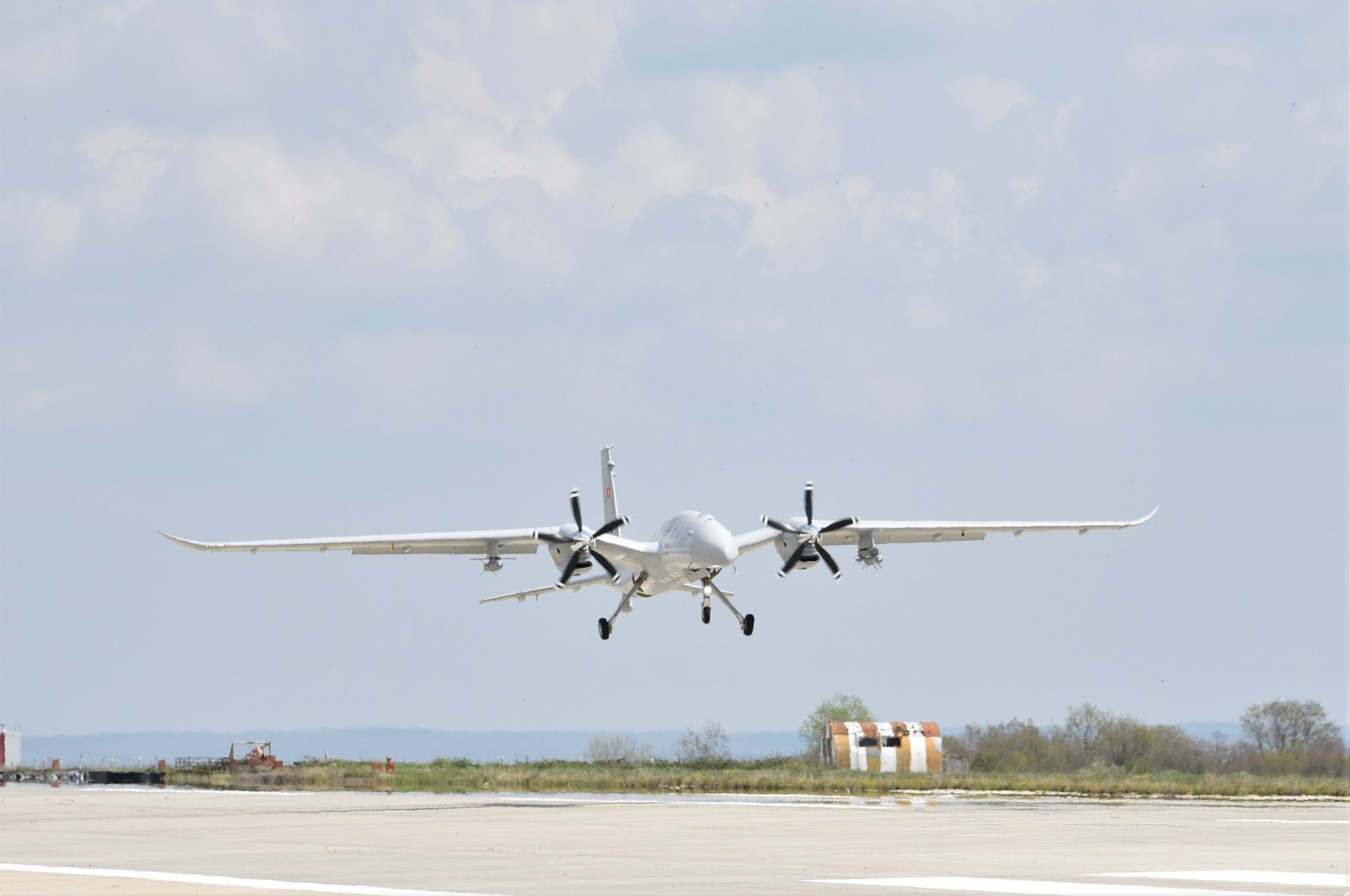 The drone stayed in the air for 25 hours and 46 minutes during the flight tests in the Akinci Flight Training and Test Center in the Çorlu district in northwestern Turkey’s Tekirdağ province.

Baykar, a drone magnate that produces the Akıncı, said in a statement that the UCAV was a project spearheaded by the SSB and took off in the long-haul flight and high-altitude performance test held in the presence of official delegations.

The Akıncı has made 870 sorties during the tests to date and performed a total of 347 hours and 28 minutes of flight.

The UCAV made its maiden flight on Dec. 6, 2019. Test activities carried out at the center in the northwestern Çorlu Airport Command are conducted with three other prototypes.

Mass production of the Akıncı is underway, and the first deliveries are planned to be made this year.

The first mass-produced model, for which integration was completed recently, arrived in Çorlu to carry out tests.

The Akıncı follows the company’s success with the Bayraktar TB2 UCAV that was also manufactured locally and is actively used by the nation’s security forces.

The combat drone is in active use in Qatar, Ukraine and Azerbaijan. Poland in May became the first NATO or European Union member state to acquire drones from Turkey.

The Akıncı is longer and wider than the Bayraktar TB2 and is set to perform strategic tasks.

Akıncı – whose designs, software, avionics and mechanics all belong to Baykar – has nearly 100 computer systems. It has 5.5 tons of take-off weight and stands out with a total payload capacity of 1,350 kilograms (2,976 pounds) – 400 kilograms internal and 950 kilograms external.

The platform has a 20-meter (65-foot) wingspan with its unique twisted-wing structure. It promises high flight safety thanks to its fully automatic flight control and triple-redundant autopilot system.

The Akıncı will be equipped with the locally produced active electronically scanned array (AESA) radar and air-to-air missiles Gökdoğan and Bozdoğan. It will be able to launch several types of locally made ammo, such as standoff missiles (SOM).