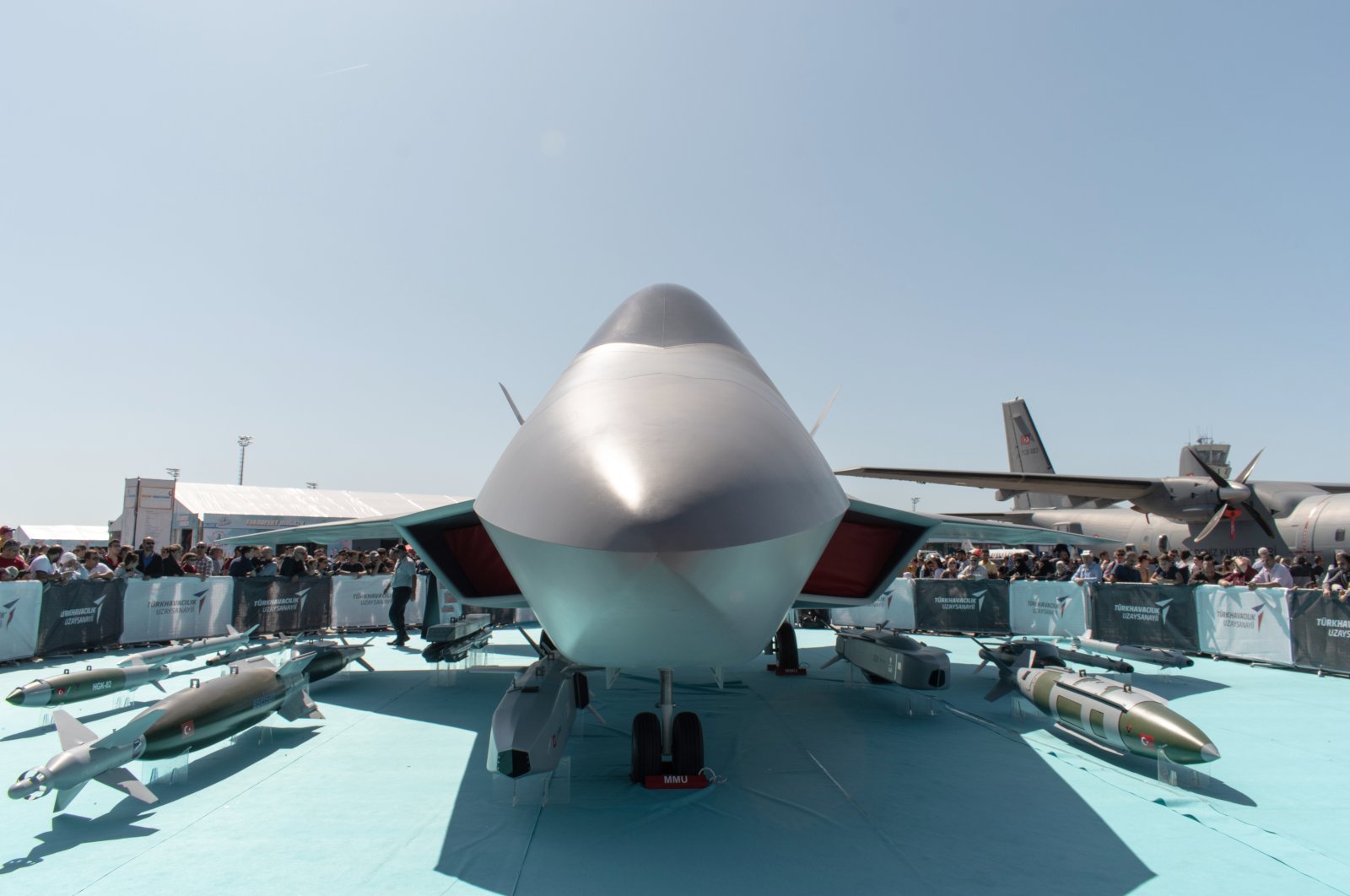 Temel Kotil’s remarks came during the Management Development Program (SAHA MBA), which was prepared by SAHA Istanbul for companies operating in the defense, aviation and space sectors.

He pointed out that their most important project is the MMU, noting that besides some 3,000 TAI personnel needed for the project, an additional 3,000 personnel will be needed by other companies that will contribute.

The TAI top official explained that there is only one pilot in the fifth-generation aircraft and the AI acts as the second pilot, underlining that the MMU is a "more intelligent aircraft" with this feature.

“What would Turkey achieve when this project is completed? Something that the U.S. has achieved,” Kotil added.

The engine has been developed by Turkey's indigenous engine production company TR Motor, a joint company of the TAI and another Turkish defense firm SSTEK, Kotil said, stressing that support from other companies is required to develop peripheral and subcomponents of the engine.

The landing gears will be jointly made by an Italian and Turkish company. Turkey will own its intellectual rights, the climate-control systems will be produced in Turkey and Ankara must completely own the plane to make it "national," he said.

Competitors are aware that Turkey and the TAI are strong players, he underlined, saying: "If they gave the license of the F-35, we would make two units per month as the TAI. The important thing is the license, the intellectual property rights. Otherwise, we have the capability to make the F-35 right now.

"We have been trying to make the MMU as local as possible from the very beginning. ... Everything (all its parts) must be indigenous and national to sell it to friendly countries. We have no choice but to spread out this (process) over a span of time, including the engine (production)," Kotil added.

Explaining that there will be no clear distinction between manned and unmanned aircraft and the two applications will be used together, Kotil said: "The fifth-generation fighter jet will be an important device for the defense of the country. With the project, important physical infrastructure will be gained, and the training of 6,000 aircraft engineers will be an important advantage. We want to make a beautiful plane. It is a very secondary issue that will be manned and unmanned. It already has artificial intelligence in it.”

Asked about whether they have an agenda to fly F-16s without a pilot, Kotil said: "We are not flying F-16s without pilots, but we are working on other aircraft. F-16s are the backbone of the air force.”

Kotil, meanwhile, also added that there is a need for a low-cost civil aircraft with a 60 person capacity in the world; however, the TAI is currently not available to produce such aircraft because the projects – the MMU, the advanced jet trainer and light attack aircraft Hürjet, new versions of Hürkuş aircraft, helicopters and UAVs – it is carrying out are already enough.

“But there is a need for such a plane,” he said and that it could see very high demand, whether it is built in Turkey or elsewhere.