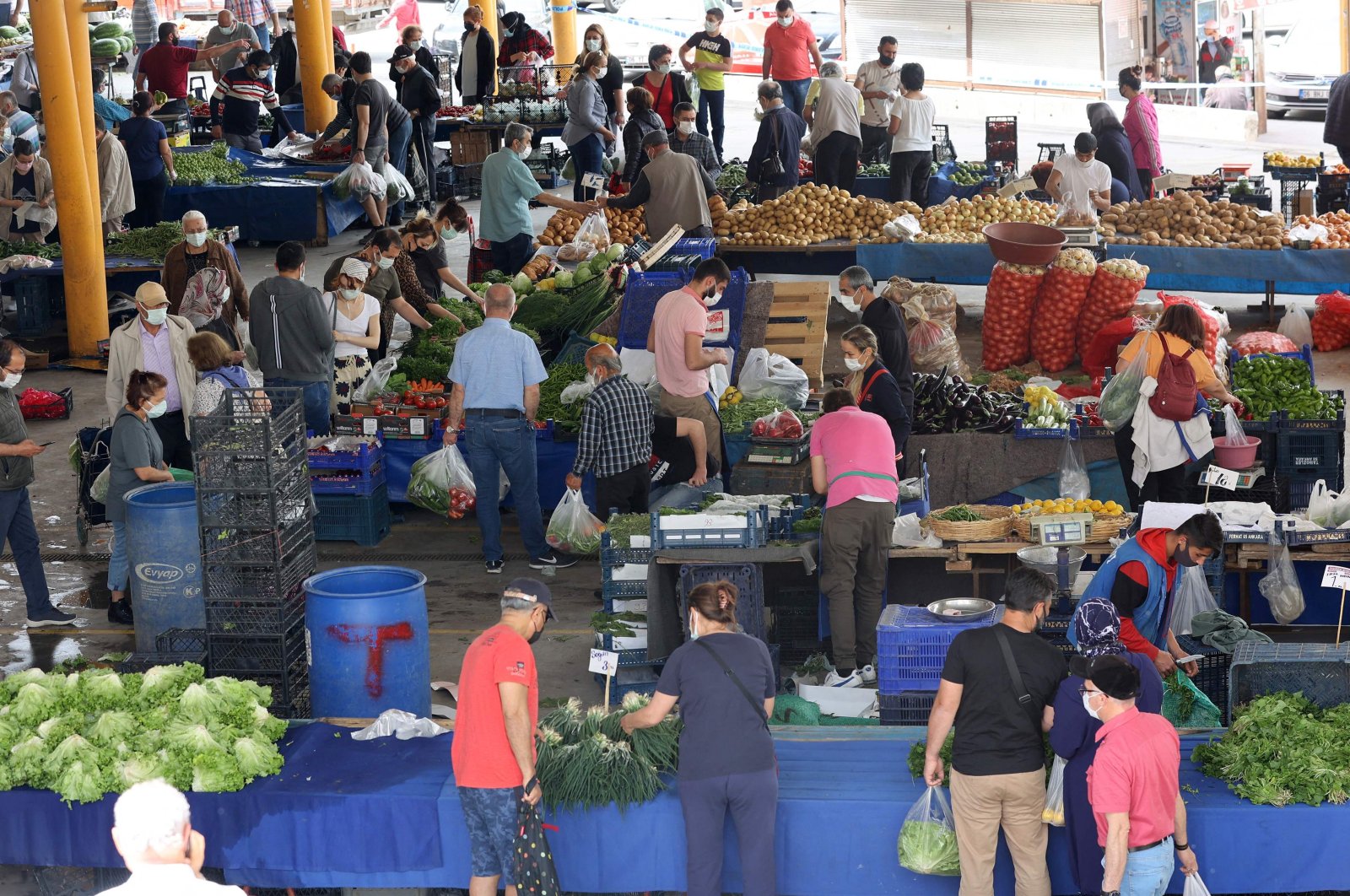 Şahap Kavcıoğlu said the Central Bank of the Republic of Turkey (CBRT) cut its benchmark policy rate recently because inflation pressures were temporary and he teed up more cuts in the next two months, saying the bank would evaluate how much room it has for easing.

Presenting the bank’s fourth and last quarterly inflation report for this year, Kavcıoğlu said that the current account deficit was Turkey’s main problem and that “when we achieve current account surplus we will achieve financial and price stability.”

He added that he expected the current account to improve during the rest of the year. The current account in August flipped positive for the first time since October 2020 based on revisions, showing a surplus of $528 million, according to the official data.

“A 5% current account deficit contradicts with inflation, growth performance and price stability and it was not sustainable,” Kavcıoğlu told a meeting in the capital Ankara.

A slide shown at the presentation reiterated there was limited room for further monetary policy easing by year-end, after the bank cut its policy rate by 200 basis points to 16% last week, following a 100-point cut in September.

Kavcıoğlu said the reason for last week’s rate cut was to create space by getting rid of temporary factors on inflation and the bank will evaluate how much space these factors allow for rate cuts.

Annual headline inflation rose to 19.58% in September, its highest level in two and a half years, with food inflation near 29%. The core “C” measure – which the central bank has been stressing lately – rose to near 17%.

The country’s medium-term economic program, announced last month, expects inflation to fall to 16.2% by the end of the year and hit 9.8% by the end of 2022.

Turkey’s October inflation will be announced next week, and six economists have told Reuters they calculate the annual rate will climb above 20%.

Kavcıoğlu reiterated the bank’s view that some of the recent pressure on inflation came from transitory factors including a lifting of coronavirus-related restrictions over the summer.

“The recent rise in inflation was caused by a rise in food and import prices, supply-side elements like disruption in the procurement processes, increase in regulated prices and developments due to reopening after the (COVID-19) outbreak,” the governor said, adding that some factors would start to ease.

The Turkish lira, which fell to a record low against the U.S. dollar earlier this week before regaining some ground, weakened on Thursday by almost 1.4% to 9.6240 to the dollar at 10:31 a.m. GMT.

Kavcıoğlu said that the recent weakening of the lira was not only due to interest rate cuts and that he expected less exchange rate pass-through on inflation.

The governor said the bank guided earlier that there could be a rate cut in August or September.

He noted the slowing effect of strong tightening continued and that the credit growth composition showed that tight policy had a more-than-expected constricting effect on commercial loans in the third quarter.

Kavcıoğlu also stressed that the bank intended to keep building up forex reserves and that swap accords with other central banks helped to do so.