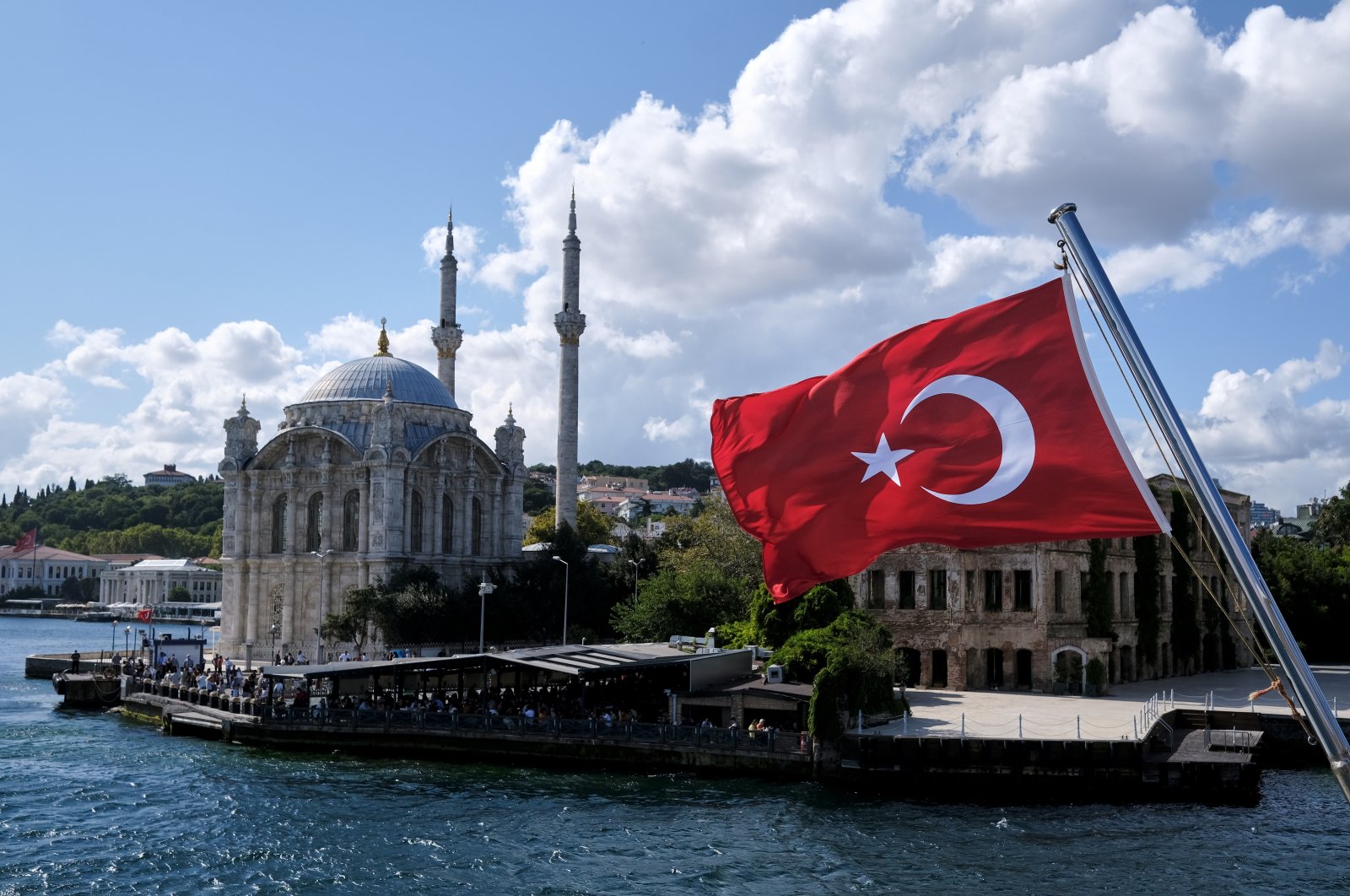 A Turkish flag is pictured on a boat with the Ortaköy Mosque in the background in Istanbul, Turkey, Sept. 5, 2021. (Reuters Photo)
by DAILY SABAH WITH AGENCIES Sep 06, 2021 11:32 am
RECOMMENDED

Turkey sees its economy expanding 9% this year and is optimistic that inflation will ease by the end of 2021, according to the country's newly unveiled three-year economic program in which it sets out its outlook for the economy.

The annual inflation rate is expected to ease to 16.2% by the end of the year and hit 9.8% by the end of 2022, as stated by the government’s forecasts published on Sunday.

The economy is expected to grow by 9% this year before settling at about 5% growth next year, in line with outside forecasts, according to the program published in the country's Official Gazette.

Treasury and Finance Minister Lütfi Elvan, commenting on the program, said “we will further strengthen macroeconomic stability for durable growth led by the private sector.”

Annual inflation stood at 19.25% in August and is expected to fall by the end of this year with the base effect, a decline in the accumulated impact of exchange rate developments, and a correction in food prices, the program said.

The government said price pressures should ease this year due to base effects, import-price relief as Turkish lira depreciation ebbs, and a reversal of soaring food prices.

The inflation projection leaves the country’s central bank with less room for a possible monetary easing this year. It has held its policy rate unchanged since March and repeatedly promised in recent months to keep it above the inflation rate.

Annual inflation had stood at 18.95% in July and 17.53% in June, and has been in double digits for most of the last four years.

The August jump pushed the Central Bank of the Republic of Turkey’s (CBRT) benchmark interest rate adjusted for price growth into negative territory for the first time since October.

The government said domestic and foreign demand should balance through year-end even as economic growth slows from the robust performance recorded in the second quarter, which reflected a rebound from the initial pandemic fallout.

Turkey’s relatively rapid vaccine rollout, a rebound in tourism and exports should boost growth, it said.

The GDP with current prices is projected to be around $801 billion this year, while it stood at $717 billion in 2020, according to the Turkish Statistical Institute (TurkStat).

The unemployment rate, which stood at 10.6% in June, is projected to hit 12.6% by the end of this year, according to the estimates.

The program also predicted that banks’ non-performing loans ratio will rise after forbearance measures expire, expected at the end of September. The sector will manage these risks with strong capital, it added.