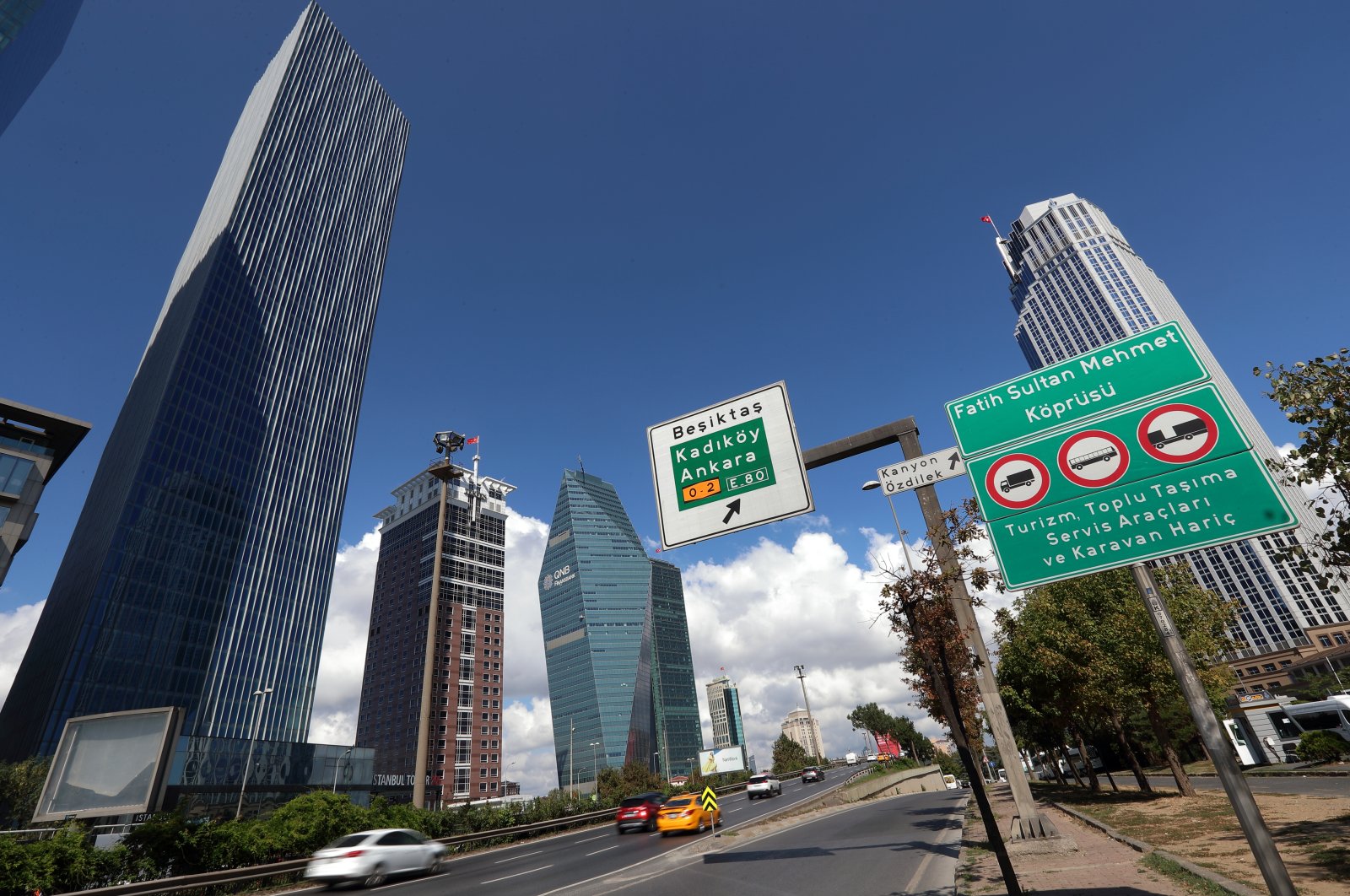 Skyscrapers are seen in the business and financial district of Levent, which comprises leading Turkish banks' and companies' headquarters, in Istanbul, Turkey, Sept. 8, 2020. (Reuters Photo)
by DAILY SABAH WITH AGENCIES Mar 17, 2021 1:27 pm
RECOMMENDED

In what is seen as the biggest test since its new governor was appointed in November, Turkey’s central bank is due Thursday to decide on whether to raise interest rates as nearly all analysts expect or hold them steady.

At 17%, Turkey’s policy rate is the highest of any large economy. But inflation, at nearly 16%, has edged higher than expected. In turn, pressure has mounted on the Central Bank of the Republic of Turkey (CBRT) to hike rates again.

Multiple surveys expect it to raise its benchmark policy rate – the one-week repo rate – by as much as 100 basis points to 18%. The bank has held steady since December.

The median estimate in a Reuters poll of 20 economists was for a 100-point hike in the policy rate. One participant predicted a 300-point rise to 20%, two a 125-point rise to 18.25%, while one said the policy would remain unchanged. An Anadolu Agency (AA) survey also expects a 100-point increase.

Annual inflation is up to mid-2019 levels and has been the main issue for the economy. The government has particularly vowed to fight against the rise in consumer prices.

This was lastly reiterated by Trade Minister Rushar Pekcan on Wednesday as she stressed measures against any price abnormalities would continue with determination.

“Our fight against all the unusual price realizations that undermine the fight against inflation and victimize consumers will continue with determination,” Pekcan told a meeting in the capital Ankara.

“The most important thing is to meet or exceed market expectations,” said John Floyd, head of macro strategies at Record Currency Management.

When President Recep Tayyip Erdoğan appointed Naci Ağbal as the CBRT governor, he acknowledged that even “bitter” policies would be needed to lower inflation and he repeated that aim last week.

“A hike would underline what we think we heard from Erdoğan last week – that the fight against inflation is still the number one priority,” said Kieran Curtis at fund manager Aberdeen Standard Life.

Analysts say a 100-point rate hike would address recent market volatility and reinforce the credibility Ağbal earned in tightening policy to 17% from 10.25% in November and December.

If the bank fails to meet expectations and holds policy steady, they say Ağbal risks falling behind the curve and remaining at the mercy of global markets amid a rebound from the pandemic.

“As we move into further distribution of the vaccine and the summer tourism season, it is an opportunity for Turkey to stand out,” said Floyd of Record.

The central bank sees inflation falling to 9.4% by the end of the year and had promised to keep policy tight until it reaches the long-term goal of 5% inflation in 2023.

Announcing the new reform plans on Friday, Erdoğan vowed to prioritize the fight against the rise in consumer prices with the aim of bringing inflation back down to single digits.

The price stability committee will increase the effectiveness of the fight against inflation, the president said, also announcing that an “early warning system” was being developed for food prices.

Even if Ağbal tightens on Thursday, he may soon need to do more as rising energy prices should lift inflation for another couple of months, and some market measures predict rates rising higher than 18% before declining later in the year. Inflation is expected to peak in April before gradually declining afterward.