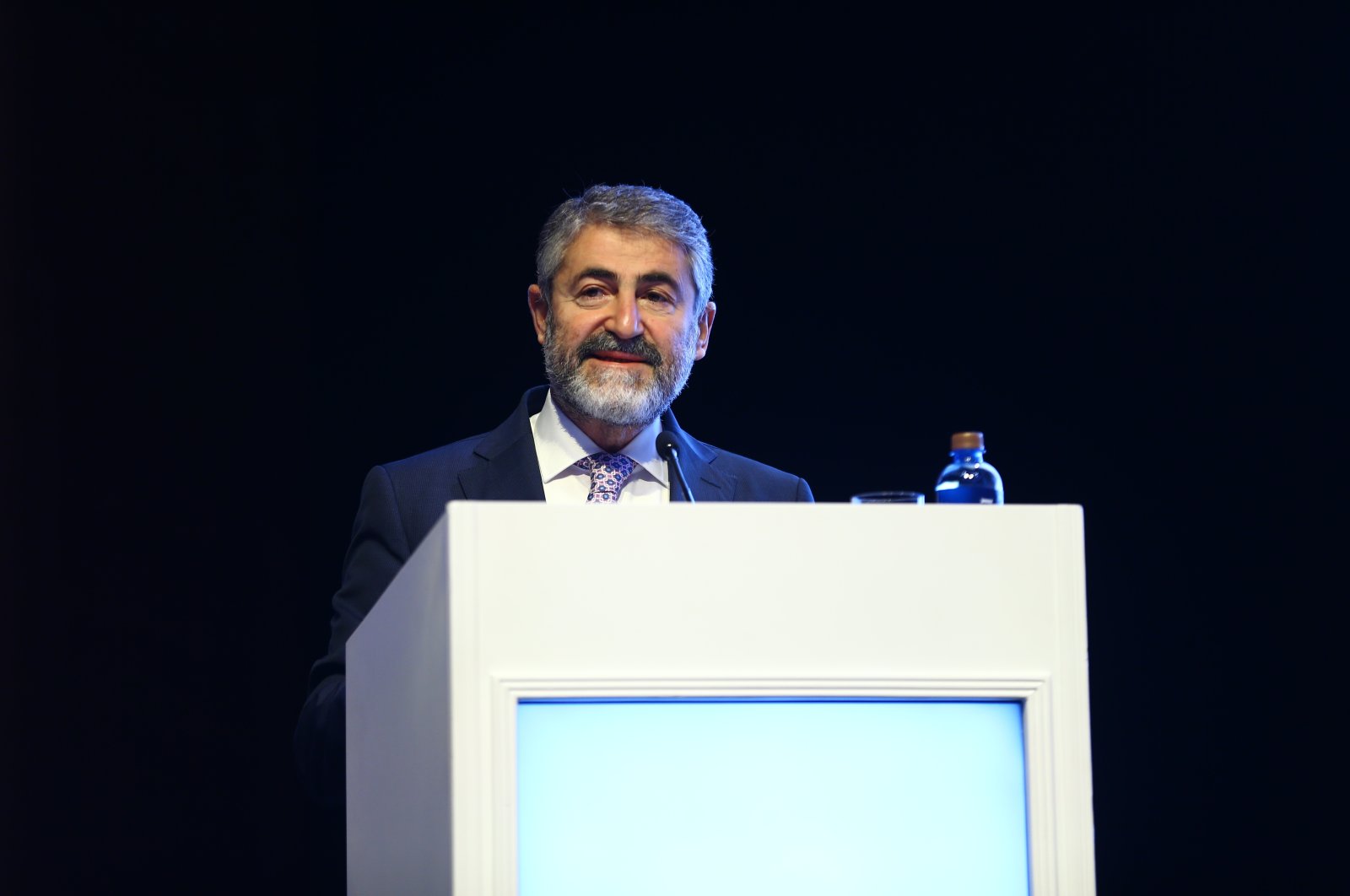 Nureddin Nebati, who was deputy minister of treasury and finance, has been appointed to the top post after Lütfi Elvan stepped down early Thursday.

The appointment, announced in the Official Gazette, comes as Turkey is pursuing a new economic model based on lower interest rates, a policy direction President Recep Tayyip Erdoğan says will boost production, jobs, exports and growth.

The announcement said Elvan asked to be “pardoned from the job” and that his request was accepted.

Nebati, 57, studied international relations, political sciences and public administration, according to his resume on the ministry website.

Having served three years as a deputy finance minister, Nebati last week praised Erdoğan's drive to bring down borrowing costs and said that Turkey had sought for years to implement a policy of low rates but had faced strong opposition.

“This time, we are determined to implement it,” he wrote on Twitter, adding that there was “no problem” with keeping interest rates low in current market conditions.

The Central Bank of the Republic of Turkey (CBRT) has cut rates three times since September, slashing 400 basis points from its benchmark policy rate to bring it down to 15% and is widely expected to lower it again this month. Inflation, on the other hand, neared 20% in October.

“My God, make it easy, do not make it difficult. My God, make its outcome beneficial. Give us truth in our work, make us successful,” Nebati tweeted after his appointment.

“My God, grant me the ability to carry out the duty of the Minister of Treasury and Finance, which our President deemed worthy of me, and to be worthy of the trust he has shown in us,” he said.

The appointment follows high volatility in the exchange rates, which prompted the central bank to intervene on Wednesday due to what it said were “unhealthy price formations” in the market. It marked the first intervention since January 2014, when the central bank sold $3.1 billion (TL 41.41 billion) in spot markets.

Elvan, a former deputy prime minister and longtime member of the ruling Justice and Development Party (AK Party), held the finance post for just over a year after having replaced Berat Albayrak.

Before being appointed last year, he chaired a parliamentary committee overseeing legislation on the economy and central government budgets.

Elvan, 58, previously also held the posts of minister for development and minister of transportation, maritime affairs and communication.