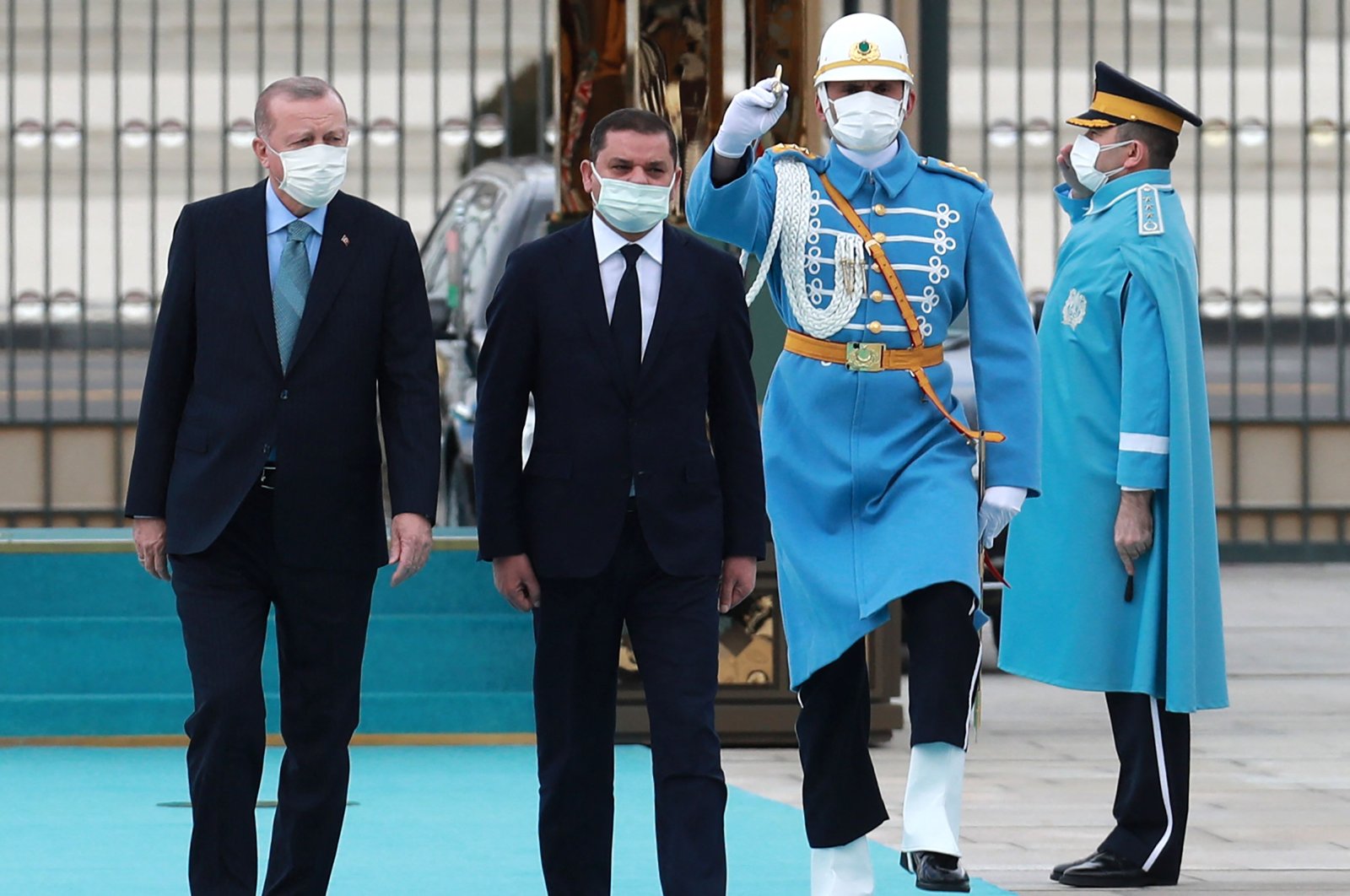 The Libyan Prime Minister Hamid Dbeibah and his accompanying delegation’s visit to Turkey last week will be a driving force in increasing trade between Turkey and the Maghreb country, a trade official said Monday.

The visit was the first of such visits abroad by the civil war-torn country’s new interim government. During the visit, the Libyan prime minister was received by President Recep Tayyip Erdoğan and held meetings with 14 ministers, signing a total of five trade agreements.

Saying those steps fueled the trade potential and were particularly beneficial for Turkey’s private sector, Karanfil noted that the country’s exports to Libya recorded as $563 million during the first quarter of this year with a 27.3% year-on-year increase.

He stressed that one of the reasons for this is Libya’s switching to a fixed foreign exchange rate in 2021 from four different currencies, which has already started to yield positive results for the country.

“Fixing the exchange rate relieved investors. Thanks to this, investments gained speed in the first three months,” he said.

Karanfil said that among the priorities of the new interim government in Libya, is the resolution of the payment problem of Turkish businesspeople, namely the deadlock that has left the construction sector aggrieved over the years as they were not able to complete their projects in the war-torn country, nor collect a large number of receivables.

Dbeibah expressed during the round table meeting organized by DEIK that rapid steps will be taken to allow the completion of unfinished projects.

Karanfil, who noted that Libya has significant oil fields, especially in the central parts of the country, said, “We hope that our Turkish businesspeople have the same success they have had over the last 48 years in the construction sector, also in petrochemicals and mining in Libya, which is a country suitable for commerce in terms of its geopolitical position."

Reflecting on Libya as being akin to a gateway to the African market, Karanfil said the continent is easily accessible through Libya, enabling the export of goods and services to increase.

He said the Karanfil Group is also working to establish a logistics center in Libya.

“Products can reach 53 African countries more easily, thus a million people, from a logistic base in Libya,” he said.

Prior to Erdoğan and the Libyan prime minister’s face-to-face and inter-delegation meetings, Libyan ministers and their Turkish counterparts held a range of meetings during the day, including one between Energy and Natural Resources Minister Fatih Dönmez and Libyan Oil and Gas Minister Muhammad Ahmad Muhammad Aoun.

Trade Minister Ruhsar Pekcan was also among the ministers that held a meeting with her Libyan counterpart, who reiterated that the construction sector is one of the most important elements of bilateral economic relations.

Libyans hope that the new process would end years of civil war that has engulfed the country since the ousting and killing of strongman Moammar Gadhafi in 2011.