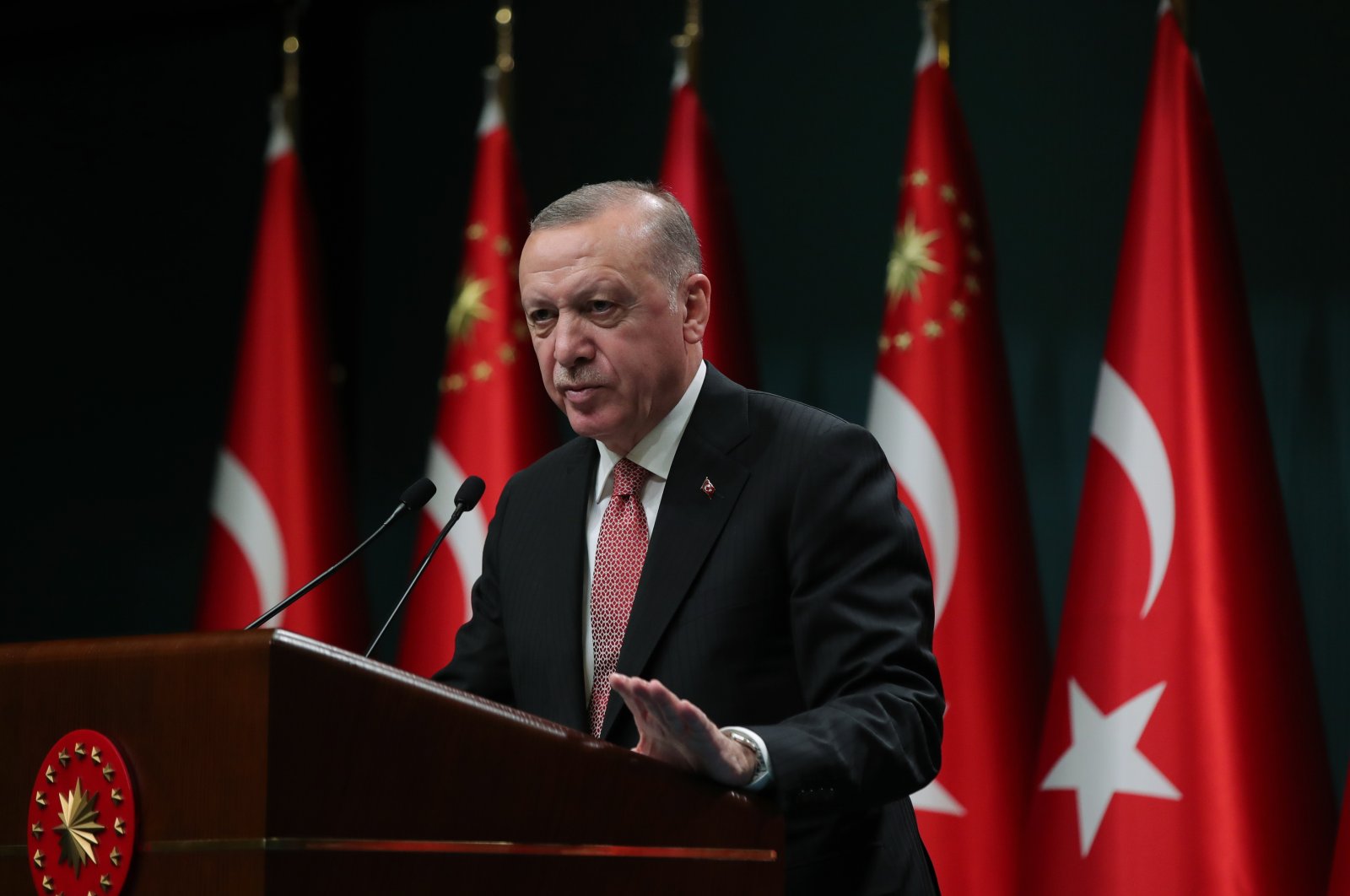 Turkey’s strategy on foreign direct investment will serve as a road map to securing value-added funding in the sectors that the economy needs, the nation’s president said Tuesday.

“(The roadmap’s) main objective is to increase our market share in global direct investments to 1.5% by 2023, in line with the 11th Development Plan,” President Recep Tayyip Erdoğan said.

He was elaborating on a new strategy document for 2021-2023 released by the country’s Investment Office and published in the Official Gazette.

Thanks to its advantageous location, Turkey has access to a huge market of $26 trillion (TL 226.29 trillion) and 1.3 billion people within a four-hour flight distance, noted Erdoğan.

Besides these commercial advantages, Turkey is one of the most reliable routes for the transportation of energy resources to European countries on the east-west route, he added.

Underlining that Turkey has managed to attract approximately $225 billion of international direct investment since 2003, the president said that companies that choose to invest in the country increased their investments over time and “positioned our country as a production, export and management center.”

The government is determined to improve Turkey’s economic development and investment environment by joining hands with both existing investors and new entrepreneurs in the next period, he underlined.

“For this purpose, under the coordination of our Presidential Investment Office, we have prepared our country’s international direct investments strategy in cooperation with all relevant public and private sector institutions.”

The president noted that Turkey had enacted a special law in 2003 that provides assurances for international direct investments, adding that Ankara had also inked mutual investment protection and double taxation prevention agreements with many countries.

Separately, addressing the Qatar Economic Forum via a video message, Erdoğan said the strong gross domestic product (GDP) growth of 7% in the first quarter of the year has bolstered prospects for the remaining period of the year.

The Organisation for Economic Co-operation and Development (OECD) forecast the economy would grow 5.7% this year and 3.4% in 2022.

This, Erdoğan said, is one of the strongest rebounds among the OECD member states.

“Hopefully, we will exceed these projections,” the president noted.

The recent sharp momentum in the country’s COVID-19 vaccinations, which has seen more than 1 million doses being delivered each day over the last week, is also raising hopes of a strong economic performance in the second half of the year.

Turkey began easing curbs in recent weeks, limiting the lockdown to Sunday and opening restaurants to a limited number of guests, after daily cases began to fall from a peak above 60,000 in April.

Erdoğan Monday said Turkey will further relax restrictions from next month, after the number of daily cases in the country fell to around 5,000.

Lockdowns that had been imposed on Sundays and curfews from 7 p.m. GMT on weekdays will be lifted from July 1.

Pointing to global economic figures that illustrated the extent of the fallout caused by the coronavirus pandemic, Erdoğan said the world’s least developed and developing countries had been “left to their fate.”

“We witness the same carelessness displayed on vaccines,” he asserted, adding that global economic recovery would not be possible unless vaccines and drugs are made available to all countries in a fair way.

A Turkish-developed COVID-19 vaccine is expected to be available for use by late 2021, Erdoğan said, adding: “I would like to share the good news that the COVID-19 vaccine developed by Turkey will hopefully be the vaccine of all humanity, as well as our nation.”

Erdoğan noted that while the pandemic threatens economies, it has also opened windows of opportunity.

Throughout the ordeal, Turkey has shined not only in health care but also in the fields of production, logistics, public security, employment and social support.

Turkey has begun to distinguish itself with its strategic location uniting three continents in the search for alternatives to the Asian-based production network, he added.