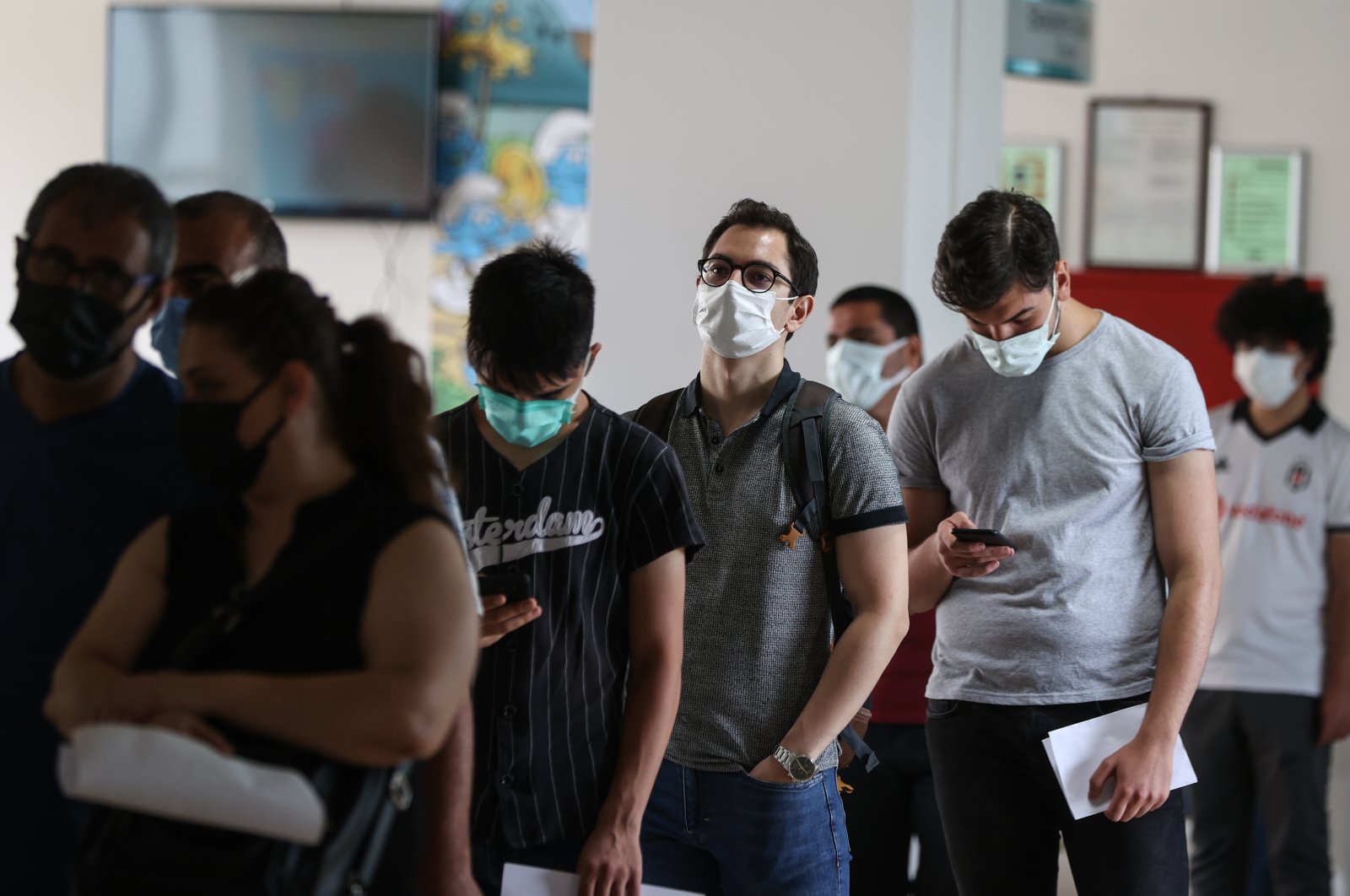 The recent sharp momentum in Turkey’s COVID-19 vaccinations, which has seen more than 1 million doses being delivered each day last week, is raising hopes of a strong economic performance in the second half of the year.

The inoculation campaign was constrained since its launch in January by sporadic vaccine procurement, but fresh supplies have been arriving this month.

On Friday inoculations passed the 40 million mark and 40% of adults have had at least one dose, according to a Reuters tally.

Since Monday, more than 6 million were vaccinated, Health Ministry data showed, 5 million of them receiving a first dose.

A total of over 26.67 million people have received their first doses as of Saturday, while over 14.34 million have been fully vaccinated.

To add further pace, the country as of Sunday lowered the vaccination eligibility age to 30.

The stepped-up pace has helped raise forecasts for Turkey’s economic recovery following a full lockdown that lasted until the first half of May.

The country has been gradually easing measures since then.

“Turkey managed to accelerate the vaccination pace sharply,” it said in a note to clients. “Despite the slowdown in loan growth and higher interest rates, such a recovery encouraged us to revise our full-year GDP growth forecast to 6.8% from 6.1%.”

It grew 7% in the first quarter of this year and some economists expect it to expand around 5.5% this year.

Turkey’s tourism sector is facing a second summer in the doldrums because of international travel restrictions but could get a late boost if the vaccination pace continues and COVID-19 cases are contained.

Its top visitor source, Russia, on Friday announced it would resume flights to Turkey starting from Tuesday, thanks to a series of preventative COVID-19 measures in the country.

The decision was made amid a visit by a delegation of Russian experts, who arrived last week to Turkey to assess safety measures.

The daily cases in the country have dropped significantly to below 6,000 – down from a record high of above 60,000 in April.

Turkey administers the vaccines developed by China's Sinovac and Pfizer-BioNTech. The Turkish Health Ministry had also granted an emergency use authorization for Russia's Sputnik V.