Turkey at forefront as massive reconstruction projects await in Libya 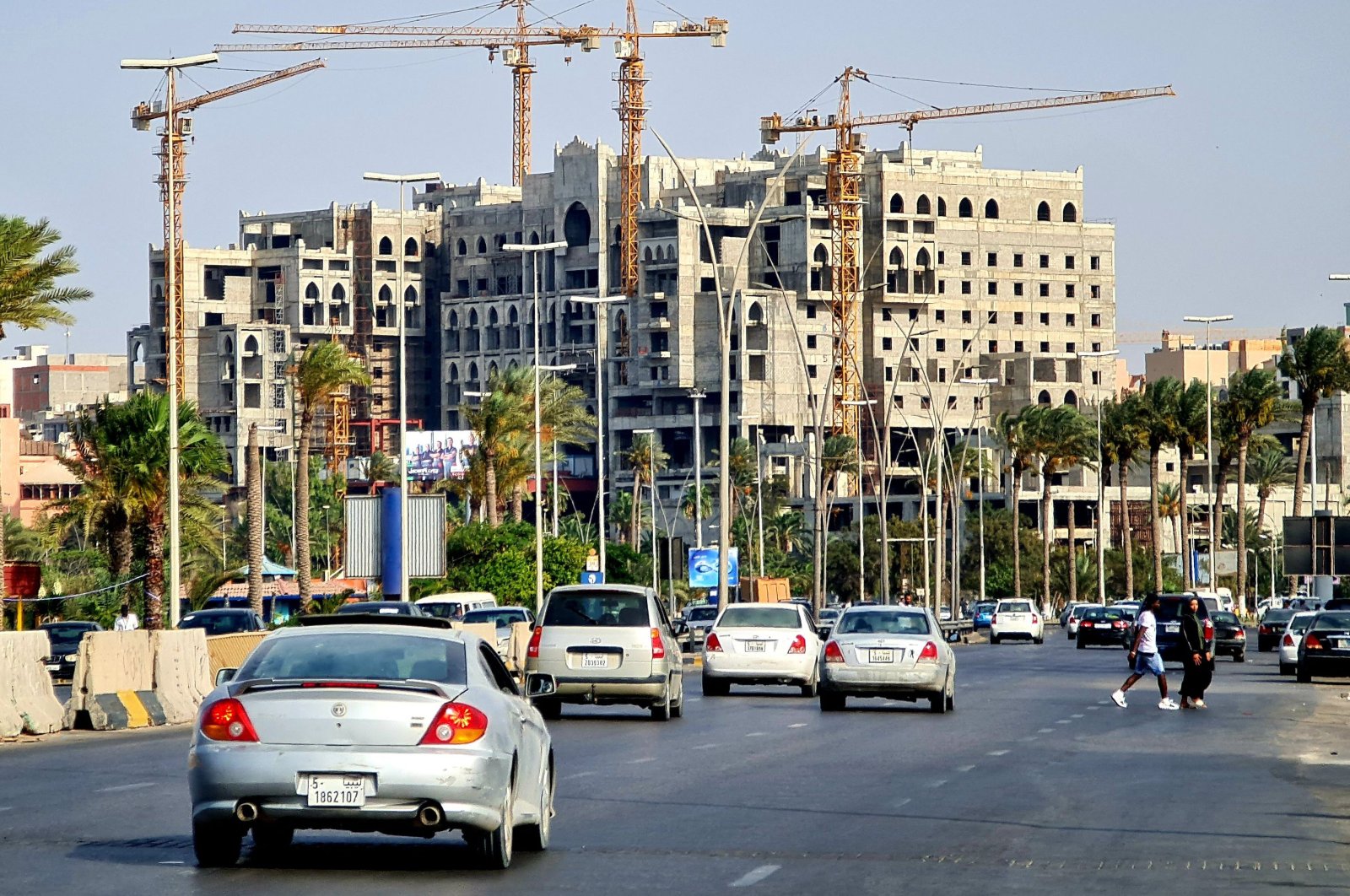 A decade after Libya descended into chaos, a host of countries are eyeing potential multibillion-dollar infrastructure projects in the oil-rich nation if stability is assured.

Economist Kamal Mansouri expects Libya's reconstruction drive to be one of the biggest in the Middle East and North Africa.

He estimates "more than $100 billion" (TL 852.41 billion) is needed to rebuild Libya, which has been gripped by violence and political turmoil since longtime dictator Moammar Gadhafi was toppled in a 2011 uprising.

Turkey, former colonial power Italy and neighboring Egypt are tipped to be awarded the lion's share of reconstruction deals.

In the capital Tripoli, dozens of rusted cranes and unfinished buildings dot the seafront, testimony to hundreds of abandoned projects worth billions of dollars launched between 2000 and 2010.

After Gadhafi’s overthrow, Libya fell under the control of a complex, ever-shifting patchwork of militias and foreign mercenaries backing rival administrations.

While Turkey has supported the U.N.-backed Tripoli-based government, eastern-based forces loyal to putschist Gen. Khalifa Haftar, who battled but failed to seize the capital, have had the backing of Russia, the United Arab Emirates (UAE) and Egypt.

But a U.N.-backed cease-fire was agreed on last October, paving the way for the establishment in March of an interim administration.

The Government of National Unity (GNU), led by Prime Minister Abdul Hamid Mohammed Dbeibah, is tasked with organizing presidential and parliamentary elections in December if a legal framework is agreed on time.

The new administration has been courted by Western and regional leaders who have visited Libya with large business delegations in tow.

Dbeibah and Turkey’s President Recep Tayyip Erdoğan have met on several occasions over recent months and vowed to further develop their cooperation in multiple areas, including finance, oil and natural gas and the process of restructuring Libya.

Turkish companies had left what is said to be $19 billion worth of projects unfinished in 2011 when they fled Libya due to safety concerns amid the civil war following the ousting of Gadhafi.

The resumption of the projects has topped the agenda during the recent talks between the two countries.

Turkey has said that Turkish firms would take an active role in rebuilding the country. The two countries last year signed a memorandum of understanding (MoU) that was expected to pave the way to solve the deadlock on the local builders’ contracts in the country.

The officials have been particularly expressing the will to develop cooperation on energy, including oil and natural gas.

On the other hand, Italy's Foreign Minister Luigi Di Maio was during his visit accompanied by the chief of Italian energy giant ENI.

In May, Dbeibah, an engineer and businessperson, visited Rome and agreed with his Italian counterpart Mario Draghi to expand collaboration on energy projects.

Italy aims to defend its commercial interests in the nation with Africa's largest oil reserves, an energy sector where ENI has been the leading foreign player since 1959.

In June, Spanish Prime Minister Pedro Sanchez also visited with a business team, while Dbeibah has traveled to Paris.

As Dbeibah’s administration takes part in several business forums, Turkey, Egypt, Tunisia and Algeria are also in the running for lucrative contracts.

A decade of violence has ravaged its airports, roads and electricity network.

While there is no shortage of major projects and international suitors, questions remain over funding and whether instability will return.

On the political and economic fronts, a 2021 budget has yet to be approved and U.N.-led efforts to organize elections appear to be floundering.