Turkish economy to have strong rebound in 2021, survey shows 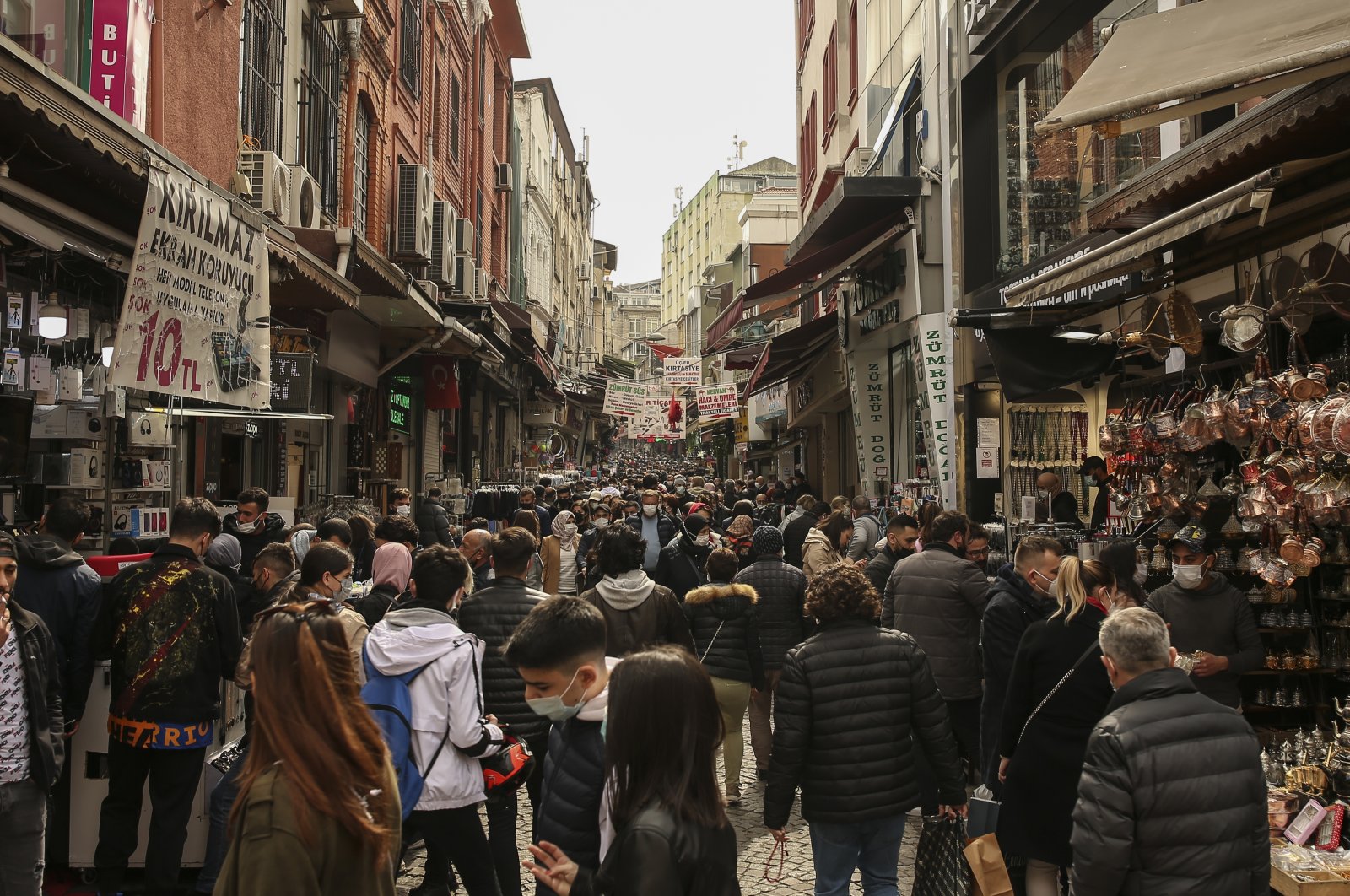 Predictions point to Turkey’s economy regaining its pace in 2021 in a rebound from coronavirus pandemic measures, while high inflation is forecast to remain its main issue, a survey showed Wednesday.

The economy is expected to expand by 4.8% in 2021, according to the median forecast in a Reuters poll of 34 economists, surveyed between April 6-13.

The forecast comes as growth is expected to surge to 14.9% in the second quarter due to a so-called base effect. The poll median showed the economy was expected to expand 3.7% next year.

Turkey was one of only a few countries to avoid an economic contraction in last year’s coronavirus fallout.

It contracted around 10% in the second quarter but recovered thanks to a burst of state bank lending in the second half of the year.

“In Turkey, authorities could revert to policies that prioritize short-term growth via looser monetary policy and faster loan growth,” said UniCredit, revising up its 2021 growth forecast due to an expected expansion in the first quarter.

A sustainable easing of coronavirus restrictions and recovery in tourism could support the service sector, UniCredit also said in a research note, adding that exports would drive economic growth this year.

President Recep Tayyip Erdoğan on Tuesday announced new restrictions for the first two weeks of the Islamic holy month of Ramadan to contain surging cases, warning that tougher curbs could follow if case numbers did not drop.

Long an issue for the economy, Turkey’s annual inflation climbed above 16% in March for the first time since mid-2019.

The Central Bank of the Republic of Turkey (CBRT) expects inflation to drop to 9.4% at year-end and has pledged tight policy until it hits the 5% target in 2023.

The central bank lifted its benchmark policy rate – the one-week repo rate – from 10.25% to 19% under former chief Naci Ağbal.

Ağbal was removed on March 20 after about five months on the job and two days after the higher-than-expected 200 basis points rate hike.

The CBRT is due Thursday to hold the first policy meeting under Kavcıoğlu.

The bank is expected to hold interest rates at 19%, surveys have said. Kavcıoğlu has dismissed “prejudiced” expectations of an early rate cut in April or the following months.

“Headline inflation will likely approach 18% in May and remain close to this level until August, before easing,” UniCredit said.

Having recorded a surplus in 2019, the current account balance has since turned to a deficit as exports and tourism revenues dropped due to pandemic restrictions.