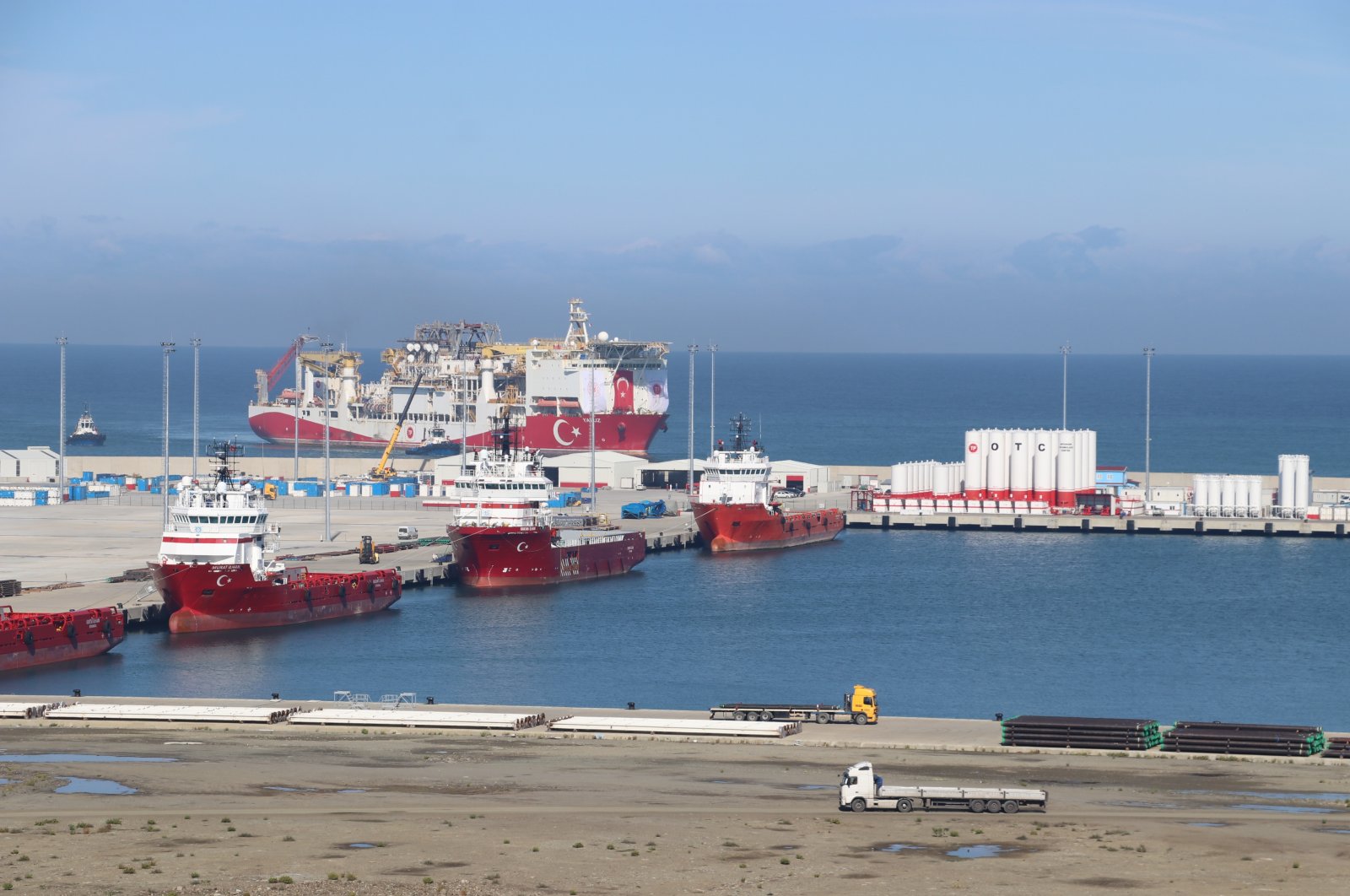 Schlumberger-Subsea 7 consortium, which supplies engineering services for undersea energy projects, will be providing engineering, procurement, construction and installation (EPCI) of end-to-end production solutions at the Sakarya gas field, both companies said in their statements Friday.

Turkey has discovered around 540 billion cubic meters (bcm) of natural gas in the Sakarya field since last year. Ankara aims to start pumping the gas to the national grid in 2023, the centennial of the founding of modern Turkey, with sustained plateau production starting in 2027 or 2028.

Turkey plans to cover up to a quarter of its consumption from the discovery by 2027. Energy and Natural Resources Minister Fatih Dönmez last month said the country may be able to start with an initial annual production capacity of 3.5 bcm of gas in 2023.

The eventual aim would be to lift the capacity to around 15 bcm annually within four years of the initial production, in what is said to be roughly one-quarter of the European Union’s output today.

The scope of work to be executed by Subsea 7 comprises the EPCI of the subsea pipelines and associated equipment to connect the subsea wells at an approximate depth of 2,000 meters to the EPF, the company said.

Turkey has already initiated the production of the pipes that will comprise the pipeline beneath the Black Sea to bring the gas onshore.

The seabed pipeline is scheduled to be constructed in 2022 to connect the wells in the region to the main grid.

Subsea 7 defines the major contract as being one where its share of revenue is over $750 million, the statement said.

Schlumberger will deliver the well completions scope and the design, construction and commissioning of the early production facility capable of handling up to 350 million standard cubic feet per day (MMscfd) of gas.

The SPS and SURF scope will be delivered by OneSubsea, the subsea technologies, production, and processing systems division of Schlumberger and Subsea 7.

“A strong, collaborative early engagement process led by Turkish Petroleum has enabled an industry-leading timeline from discovery to first gas for a project of this scale and complexity,” Blaringhem noted.

John Evans, the CEO of Subsea 7, said the company has a long track record of providing optimized solutions for deepwater developments and they are pleased to be working, through Subsea Integration Alliance, on this important project.

“Subsea 7 looks forward to building a long-term relationship with Turkish Petroleum (TP) and to making a significant contribution to the development and growth of the Turkish energy industry,” Evans noted.

“Schlumberger is uniquely positioned to integrate solutions from the subsurface to the processing facility, and deliver pipeline-ready gas,” said Donald Ross, production systems president at Schlumberger.