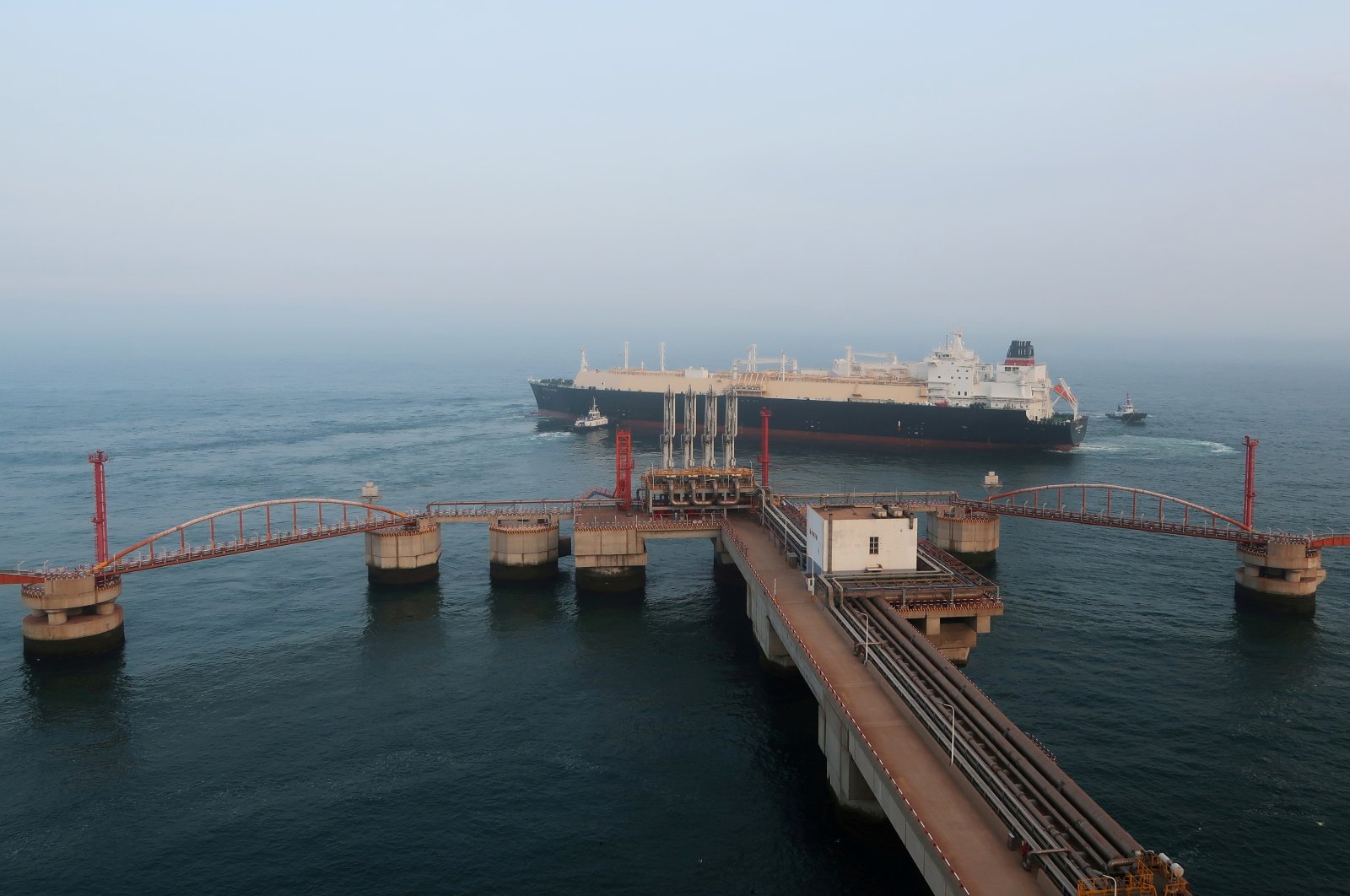 Natural gas prices have reached record-breaking levels, but when will it end? Although this is a difficult question for now, there are already signs that natural gas storage levels are steadily rising and a price decline may be in sight unless there is a colder-than-expected winter, according to Stephen O'Sullivan, a senior visiting research fellow at the Oxford Institute for Energy Studies.

O'Sullivan told Anadolu Agency (AA) that gas prices are rising globally for a number of reasons but that this can be explained in the context of a competitive market responding with price changes to address demand.

"Prices are high. They have rarely been this high in the U.K., for example, in the last quarter-century. We have seen both demand and supply problems impact prices. We saw high Asian demand early in the year because of cold weather as well as lower hydroelectric production in South America. Together, these diverted gas supplies (in the form of liquified natural gas, LNG) away from Europe," O'Sullivan said.

He added that there were technical issues at the LNG export terminals, which supply Europe and in European gas fields.

According to O'Sullivan, European stocks of natural gas have, therefore, been unusually low as winter approaches, prompting price hikes on the basis of demand exceeding supply. The memory of last winter's unusual cold has made many consumers anticipate a similar situation.

"The market for natural gas is increasingly global and Europe is not immune to changes in demand from Asia or changes in supply from Russia – and there certainly does seem to have been lower than expected pipeline supplies from Russia to Europe which has affected Europe's ability to increase the amount of gas that it has in storage. However, storage is now beginning to fill up again and, if winter is reasonably normal, the worst may be over," he explained.

O'Sullivan said there will be more supply in the market as new LNG export plants are expected to start up in the U.S. in addition to the Nord Stream 2 pipeline from Russia to Germany which should start deliveries in 2022.

He said that on the demand side, if gas prices in Europe remain high, some large gas consumers may have to switch away from gas and use alternative fuels, or even shut down for a period of time until prices fall.

O'Sullivan added that the current level of prices could be maintained, but that gas prices could also decline if temperatures stay at reasonable levels and gas stocks continue to rebuild since the increases in demand at the beginning of this year are unlikely to reoccur.

Despite the general perception that there is a crisis in the markets at the moment, he said: "The pricing mechanism is working, higher prices reduce demand and encourage supply. We could call it a crisis if there were forced cutoffs of gas supply which could not be replaced by alternative sources of energy. What we have seen are high gas prices – which is what we would expect to see if supply is reduced and demand rises."

European natural gas prices surged by 600% compared to September 2020, reaching over 90 euros (around $104) per megawatt-hour for November delivery in the Dutch Title Transfer Facility (TTF).