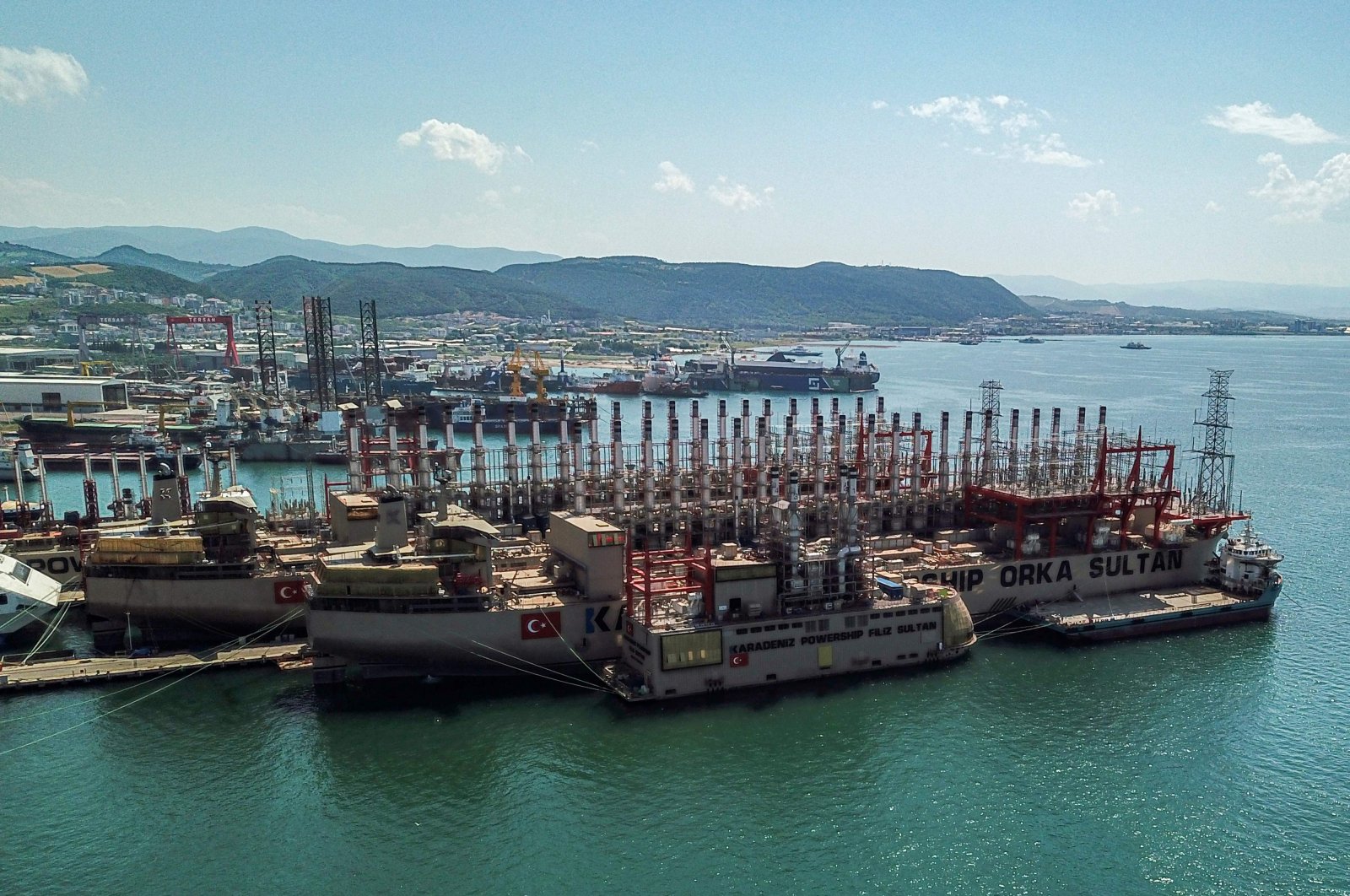 Turkish conglomerate Karadeniz Holding’s Karpowership, one of the world's largest operators of floating power plants and an electricity supplier to Lebanon, said Tuesday Beirut must halt legal action to seize its vessels and pay arrears or it will shut down supplies to the country.

Zeynep Harezi, head of the Karpowership Commercial Operations Group, told Anadolu Agency (AA) that Lebanese local media last week reported that the Lebanese Financial Prosecutor's Office would impose a $25 million (TL 208 million) fine on Karpowership and a ban on the departure of its energy ships from the country.

Stating that the office did not send any official notification to the company regarding the issue, Harezi said the initiative in question has no legal basis.

Harezi noted that they also learned of the matter from the press and contacted the electricity company, which is the addressee of Karadeniz Holding in Lebanon, but the uncertainty regarding the process continues.

Local media reported last week that a Lebanese prosecutor issued a decision to seize the barges and fine the firm after TV channel Al Jadeed reported corruption allegations linked to the power contract.

The company, denying allegations, said the dues had not been paid for 18 months and it wants to find a "reasonable solution" to keep the generation going.

It said the priority was "to find a reasonable solution that allows us to continue providing Lebanon with much-needed, low-cost electricity."

Stating that they have been providing electricity to Lebanon with power ships since 2013, Harezi explained that they currently have two energy ships with 202 megawatts (MW) of capacity each.

“The ships that produce electricity with liquid fuel meet 25% of the country's needs and supply the electricity in Lebanon 50% cheaper than the cost of generating electricity from diesel,” she said.

Saying they not been able to receive payments for 18 months due to the economic problems in Lebanon, but continued production because it was a country the company has been working with for years, Harezi noted that the pandemic then occurred and Lebanon’s debt accumulated to more than $100 million.

However, Harezi continued, now their “assets, reputation and business there are under threat due to the unlawful and unjust payment demanded by the Lebanese local authorities.”

“We notified the Lebanese authorities that we would stop the electricity supply if this situation, which lacks legal basis is not reverted. We currently have fuel on our ships that will generate electricity for 4-5 days. If the counterparty doesn't withdraw its demand, we stop supplying electricity when the fuel ends,” she said.

The company official meanwhile added that if the dispute cannot be resolved, they will use their legal rights on the international platform.

Operating with more than 20 power plants in more than 10 countries around the world, Karpowership has an investment of over $5 billion in this field.

Even before the economic crisis, Lebanon was unable to meet power demand, forcing many people to rely on private generators. Daily power cuts have been growing steadily longer, lasting much of the day in Beirut.

Lebanon's economy has imploded under a mountain of debt, leaving the government struggling to find foreign exchange to meet payments for even basic food requirements and other import needs, including fuel to run its inadequate power stations.

Lebanon’s energy ministry said that if Karadeniz disconnects supply amounting to about 400 MW, the generation capacity will reduce to 900 MW, well below demand which by some past estimates is said to be more than three times that level.