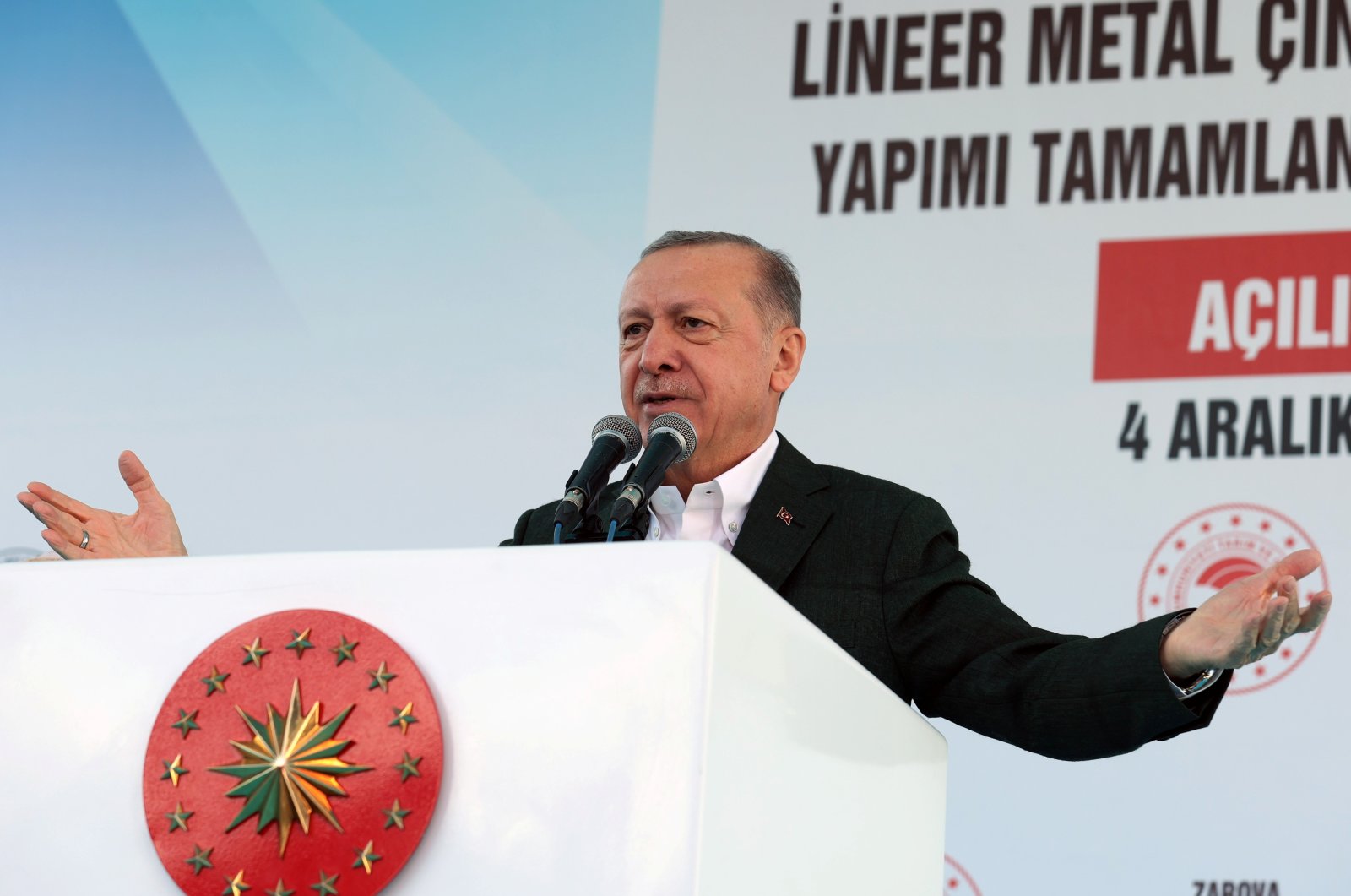 Erdoğan has repeatedly endorsed an economic model based on lower interest rates over the last two weeks, and the government, regulators and banking associations have all embraced the new policy direction.

“God willing, it will not take too long before all fluctuations in prices and forex rates stabilize,” Erdoğan told an audience in the southeastern province of Siirt.

The president and other government officials have stressed that while there may be price pain for a while, the monetary stimulus should eventually boost exports, credit, jobs and economic growth. He has been reiterating a view that high borrowing costs cause inflation.

Erdoğan’s remarks come amid high volatility in exchange rates after the country’s central bank slashed its benchmark policy rate by 400 basis points to 15% from 19% since September. It is widely expected to lower it again this month. On the other hand, inflation reached 21.3% in November, a three-year high.

On Tuesday, the lira touched a record low of 14 to the United States dollar and ended Friday at 13.7. The high volatility triggered direct central bank intervention, selling dollars.

The Central Bank of the Republic of Turkey (CBRT) last week intervened in the foreign exchange market twice due to “unhealthy price formations” in exchange rates.

Erdoğan has been backing a view that high borrowing costs “destroy” domestic production and make structural inflation permanent by increasing production costs. “We will always be there for producers and employers with low interest rates. We’re starting to enforce precautions safeguarding workers against inflation,” he said.

He said unspecific foreign players, as well as “greedy” businesses that stockpile more goods than needed, are partly to blame for some sharp price spikes.

Touching on next year’s minimum wage, which is set to be determined this month, he stressed, “we will relieve our low-income citizens a little more by setting the minimum wage at a level that will compensate for losses.”