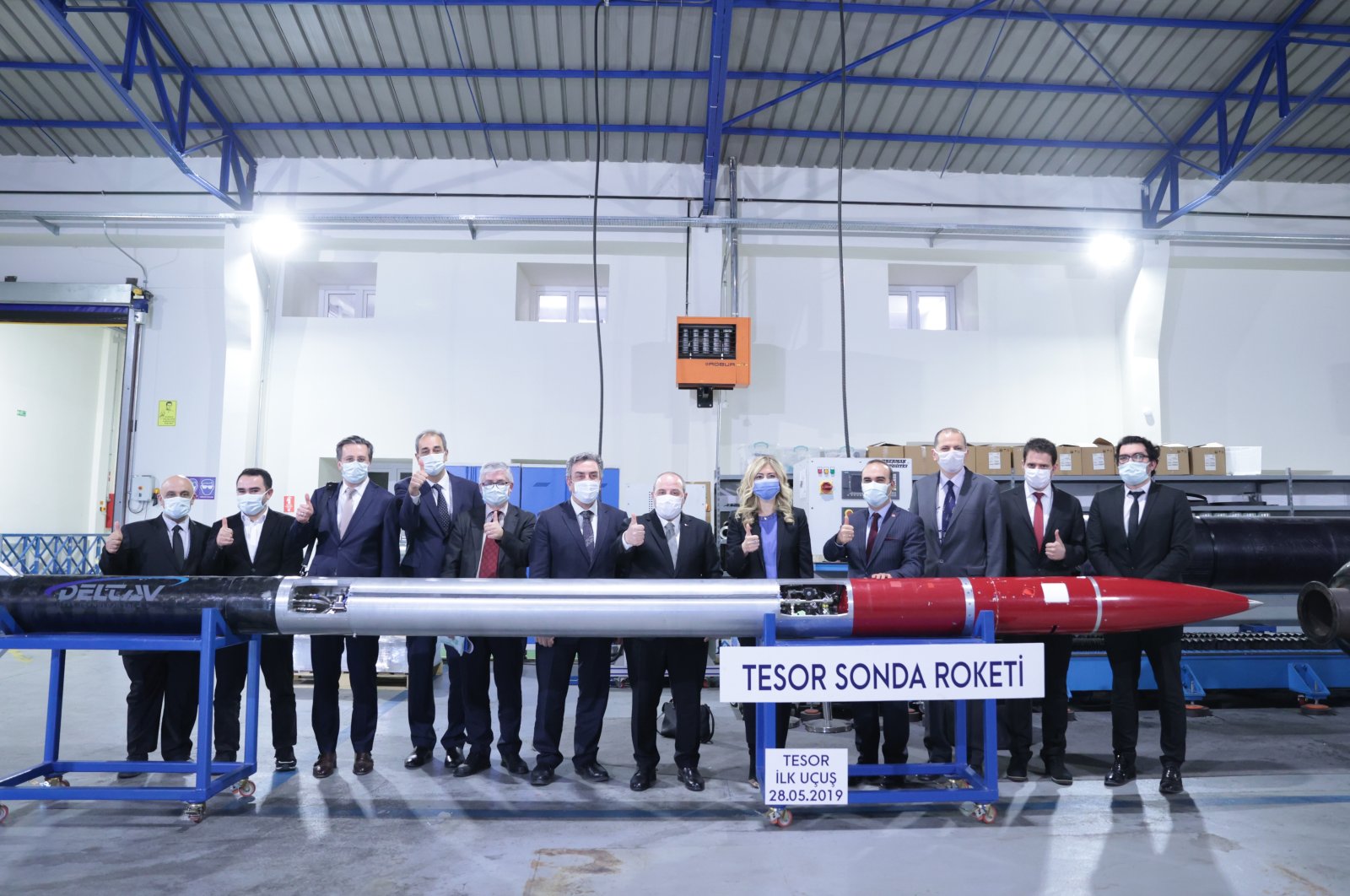 An Istanbul-based space technology firm is expected to develop the authentic hybrid engine technology that will enable Turkey to successfully achieve its mission to the moon, the industry and technology minister said Sunday.

Working on the design and production aspect of hybrid rocket technologies, Delta V Space Technologies plans to fire its own rocket that will break the space barrier this summer, Varank said on the sidelines of his visit to the company’s facilities.

“We expect Delta V to develop engines that will make our own firing in space on our moon mission,” the minister said.

Erdoğan said Turkey plans to establish “a first contact with the moon” in 2023 when the country marks the centennial of the founding of the Republic of Turkey.

The mission to the moon will be completed in two stages.

In the first stage, a rough landing will be made on the moon with a national and authentic hybrid rocket that will be launched into orbit at the end of 2023 through international cooperation.

“In 2023, we want to make contact with the moon for the first time using our own national and original technologies,” Varank said.

“First of all, we will make the first launch into orbit with international cooperation, but we will launch our own national rocket into orbit and meet our spacecraft with the moon,” the minister noted.

In the second stage in 2028, the country will launch its own rockets into space in the same way they did the probe.

The space roadmap is designed to enter Turkey into the space arena and boost its share in the developing space economy, Varank said.

“Turkey has very important capabilities developed in the space field. We have set important goals in full coordination by combining these capabilities with the National Space Program prepared by the Turkish Space Agency (TUA),” the minister noted.

TUA was established in 2018 with the aim of joining a handful of other countries with space programs.

Hybrid rocket engines provide a significant cost advantage compared to other rocket engines in the space industry, which is rapidly commercializing, and costs are becoming an important factor.

Many developed countries in the world aim to take the lead in this area by developing new generation systems with hybrid rocket engines.

Since 2017, Delta V has been working on the development, technology demonstration and product transformation of chemical rocket engine technologies that can be used in advanced space applications.