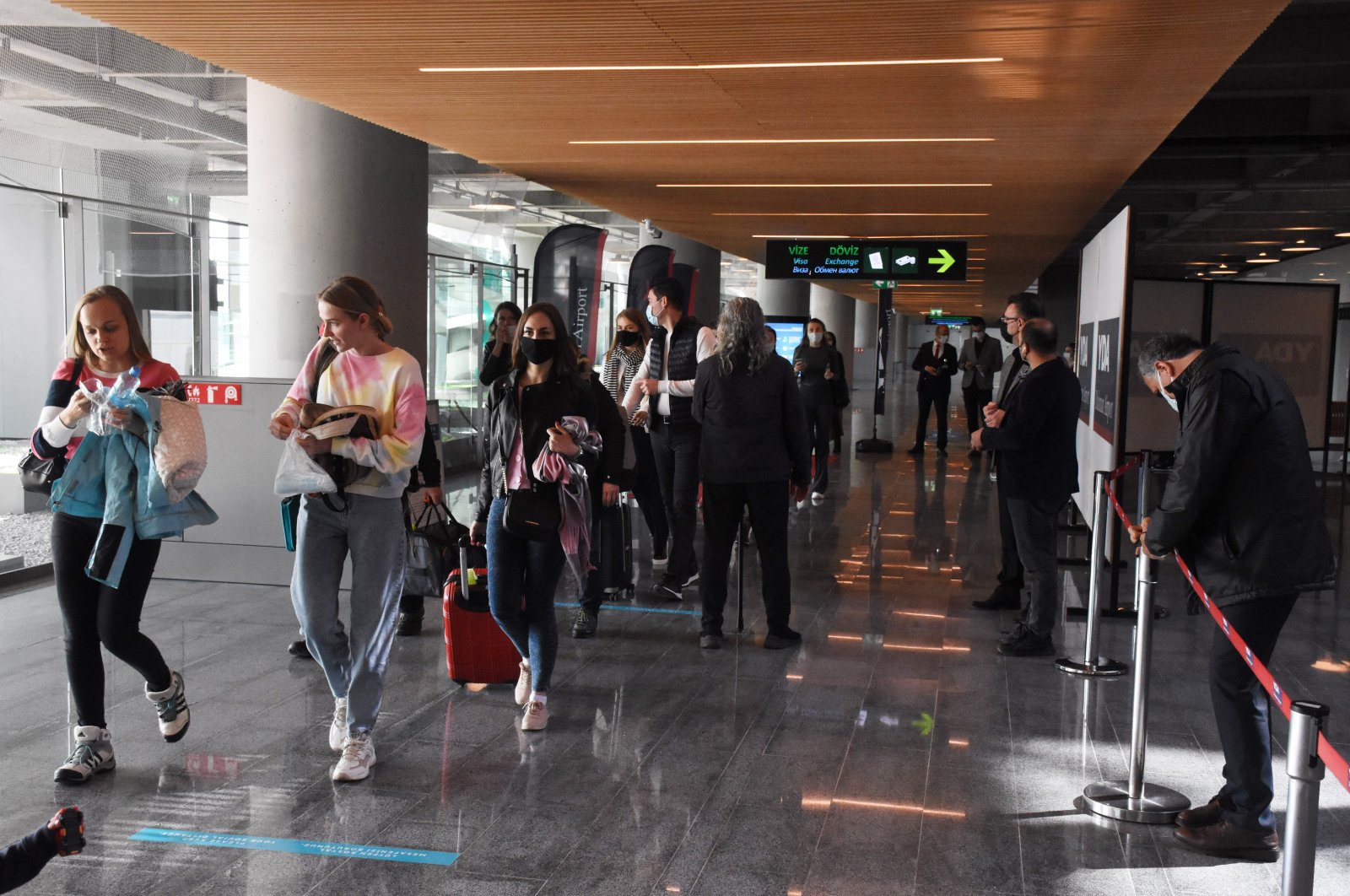 Tourism sector representatives in Turkey say they hold high hopes for this year and expect a significant number of tourists, including Turkish citizens residing abroad, and a forex generation of up to $25 billion.

Bağlıkaya emphasized that they are working to revitalize tourism and generate more income and that they are trying to prepare the sector for the new tourism season.

The rapid vaccine rollouts in countries outside of Turkey, especially in Europe, will be reflected positively on the 2021 tourist season, he said.

Stressing that they expect a foreign currency inflow of around $20 billion to $25 billion, Bağlıkaya explained that tourist arrivals, mainly from Russia and Ukraine – two significant markets for the sector – started as of last week.

“Tourist arrivals will accelerate from mid-April,” he said, noting that the arrivals from the U.K. and Europe, meanwhile, depend on developments regarding the "vaccination card,” details of which have not yet been determined.

“But in any case,” Bağlıkaya said, “Turkey will host at least 25 million tourists."

Bağlıkaya also commented that Afyonkarahisar is an important destination for cultural, thermal and gastronomy tourism and that the promotion of the Phrygian Valley is contributing to its cultural tourism.

Tentatively listed on the UNESCO World Heritage List, the 3,000-year-old Phrygian Valley spreads across the capital Ankara and central Eskişehir, as well as its neighboring districts in the Aegean region, Kütahya and Afyonkarahisar.

According to UNESCO, Phrygia is a civilization that existed in 800 B.C. and dominated central Anatolia from the Mediterranean Sea to the south and the Black Sea to the north.

“Along the deep valleys in the region, castles, mounds, tumuli, necropolises, places of worship carved out of the rock, inscriptions and reliefs, altars, cisterns, monumental rock-cut tombs and niches have been found as testimonies to the Phrygian culture," according to UNESCO.

There is also a 506-kilometer trekking and cycling path, the Phrygian Road, that was constructed without harming the historical environment. The ancient site has been named "the second Cappadocia" due to its impressive landscape.